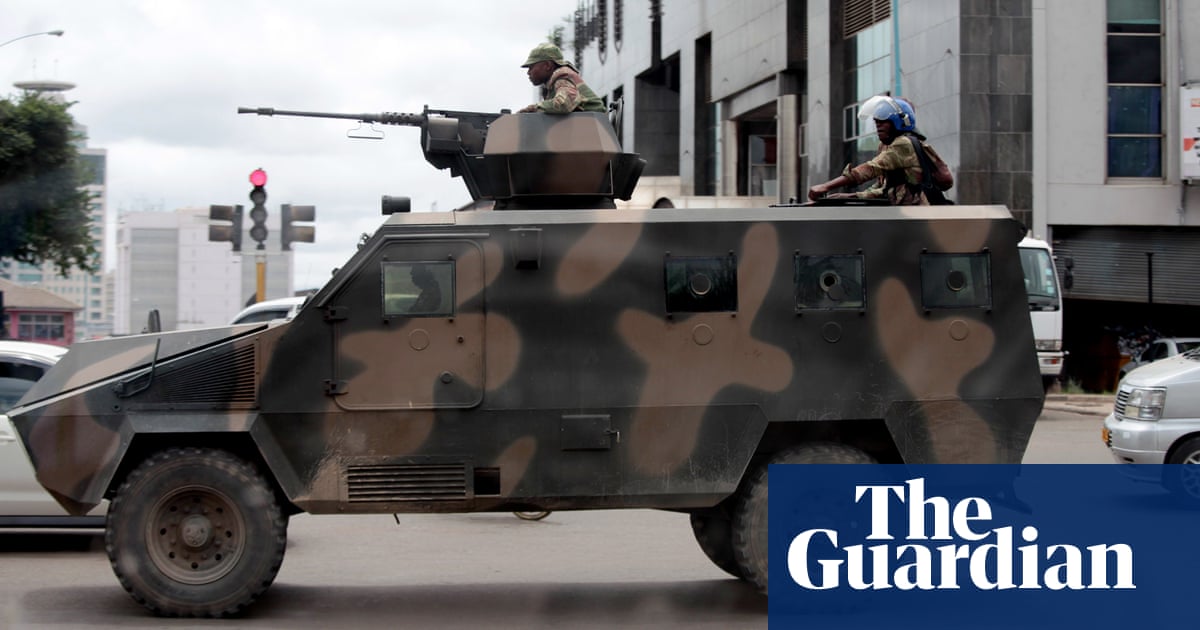 Zimbabwean internal police documents transmitted to the Guardian suggest that the army was responsible for killings, rapes and armed robberies during the brutal repression in the South African country.

At least 12 people are believed to have died when security forces opened fire on civilians during a three-day strike called by unions after rising fuel prices this month. It is believed that a police officer was killed. The number of deaths is expected to increase.

Violence has been the worst in Zimbabwe for at least a decade and frustrated any hope that the end of the 37-year term of autocratic leader Robert Mugabe 14 months ago would lead to significant political reform.

In more than a dozen investigative reports shared with the Guardian by police officers frustrated by the apparent impunity of the military, a number of alleged attacks are described, including two murders and the rape of a 15-year-old girl.

All were committed by men wearing army "uniforms" or "camouflage," write the investigators – a formula that allows the police to avoid making direct accusations against the powerful military.

Officially, police in the Republic of Zimbabwe, the national police force, blamed the violence on criminals "harmful elements" who stole army uniforms, and said allegations of widespread abuses by security and armed forces were fabricated. But in most of the cases described in the documents seen by the Guardian, the attackers carried automatic weapons, which few people besides soldiers and police possess.

The leak of the documents suggests increased tensions between the military and the people inside the civilian police agencies.

A report, filed by police in Glenview in the capital, Harare, Jan. 14, describes how a Toyota driven by two men, including a 29-year-old named Trymore Nachiwe, was blocked by a pickup with no number plates or other identification. Men in civilian clothes and some wearing uniforms from the Zimbabwe National Army then left the truck armed with stones, iron bars, machetes and tear gas bombs, the report says.

They smashed Toyota's windows and ordered Nachiwe and his friend to lie down by the side of the road, where they were punched and kicked repeatedly. Nachiwe managed to get to his house, but he died in the hospital after seeking medical attention the next day.

Another report details the 22-year-old Kudakwashe Rixon murder, apparently by security forces, who was captured by uniformed men at a bus terminal in central Harare on Sunday.

The report, filed at the central Harare police station on Jan. 27, said Rixon had been taken with others to a remote "thick area" where they were beaten with wooden cleats, whips made of metal wires, and iron bars. Rixon managed to get home, where relatives tried to take care of him, but he died on arrival at Harare hospital a day later.

A third report describes how a 15-year-old girl in the town of Chitungwiza outside Harare was forced into a park by three men wearing army camouflage and carrying rifles and made a lie on a concrete table where she was raped .

Responding to earlier reports of violence, the country's president, Emmerson Mnangagwa, promised that the evildoers of the security forces would be held accountable. On Monday, he said he was "shocked" by a report from Sky News showing that security forces had beaten a handcuffed man.

The army was responsible for a series of brutal repressions since Zimbabwe gained independence in 1980, and played a key role in the overthrow of Mugabe. Soldiers killed six civilians in Harare days after Mnangagwa won the disputed elections last year and have mobilized in the cities in recent weeks.

The reports also describe the alleged theft of homes and business items, including iPhones, computers, televisions and even an electric iron. Twelve cans of beer were stolen in a raid on a bar.

Dozens of reports of thefts have been reported in groups of men wearing army uniforms and carrying automatic weapons arriving at unidentified vehicles, storming homes through threats and looting property worth up to $ 8,000. In one incident, an eight-year-old boy was threatened with a gun to force his parents to reveal their savings. In another, a man was stopped while walking home and beaten with whips. His wallet with $ 235 was withdrawn. At a mall in Glenview, money was taken from the cashier, along with telephones and drinks.

The documents – which apply only to Harare – do not provide a comprehensive view of the extent of repression-related violence that has occurred throughout the country. Police were so strained during the worst of the riots and violence between January 15 and 20 that no or few reports were filed during that time.

Many crimes committed by security forces have not been denounced because victims often fear detention or more violence if they complain to the police.

Currently, the courts are suing about 1,000 detainees, largely attended by a series of sweeps by security forces in poor neighborhoods of Harare and surrounding areas, as well as other cities since the start of the unrest.

This suggests that basic commodities, such as food, fuel and medicine, will remain scarce and increasingly expensive, making protests more likely.

Authorities in Zimbabwe will face new pressure in the coming days as hundreds of thousands of civil servants prepare to strike after rejecting a government package to boost their income.

Courts are struggling to prosecute the large number of detainees, who are being held in overcrowded cells and prisons. New fast track trials involved up to 60 defendants to be represented by five lawyers who went to court to face charges that could lead to lengthy prison sentences. Seven people have now been charged with subversion, an unprecedented number.

On Tuesday, hundreds of lawyers marched through Harare to protest against continued troop dispatch and new court proceedings.

"Where people have committed crimes, please deal with them in accordance with international law. [and] follow the due process, "said Beatrice Mtetwa, a leading human rights lawyer.

Nelson Chamisa, leader of the main opposition party, the Movement for Democratic Change, said authorities are trying to deflect blame for economic failures.