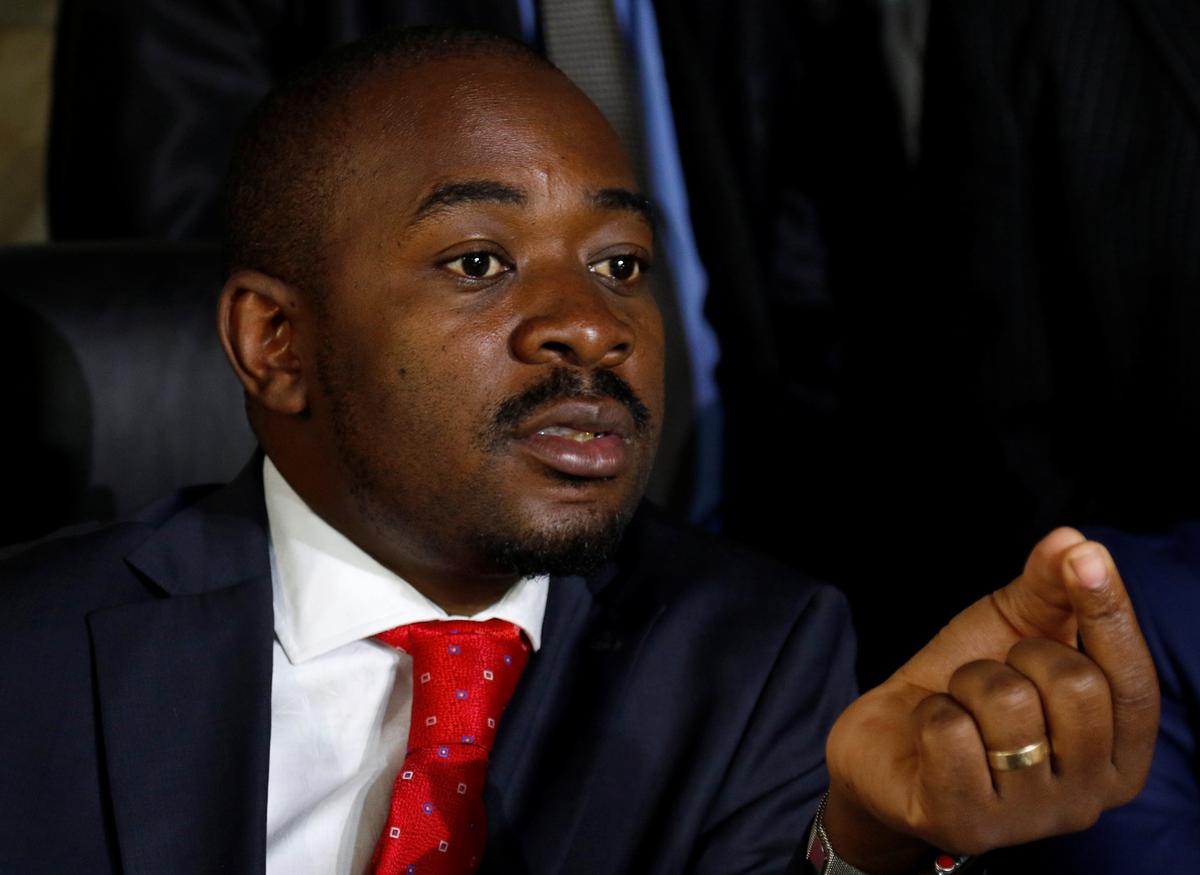 HARARE (Reuters) – Hundreds of Zimbabwean lawyers marched on Tuesday to demand justice for those detained in prison and others facing quick trials after violent protests this month led to mass arrests and a brutal crackdown on security.

The southern African nation has been at the limit since the crackdown, during which villagers and other witnesses said police and soldiers carried out night raids on many homes and removed and beat up alleged protesters.

The union of leading teachers announced on Tuesday that its members would go on strike from next week, raising the prospect of more upheaval.

Police say more than 1,000 people have been arrested since January 14, when a three-day home strike called after President Emmerson Mnangagwa raised fuel prices led to street violence and looting. The defendants were denied bail on a violation of their rights, lawyers say.

The Zimbabwean High Court on Tuesday ordered the release on bail of activist pastor Evan Mawarire, who was detained at a maximum security prison in Harare on subversion charges after he tweeted his support for the strike.

Mawarire, who has emerged as a critic of former leader Robert Mugabe, could face up to 20 years in prison if convicted. He will be released on Wednesday, his lawyer said.

The Zimbabwe Lawyers for Human Rights (ZLHR) pressure group says arrests and detentions, most of them for public order offenses, have exceeded the capacity of the legal system. Lawyers failed to extend representation to detainees, including children, they say.

The leader of the Movement for Democratic Change (MDC), Nelson Chamisa, attends a press conference in Harare, Zimbabwe on January 29, 2019. REUTERS / Philimon Bulawayo

About 50 people were acquitted on charges of public violence, while an equal number were convicted and sentenced to seven years, ZLHR said, adding that those found guilty have no lawyers.

Mnangagwa promised last week to investigate security crackdown. On Tuesday, police said they arrested an officer who, along with a soldier and a police officer, was filmed assaulting a handcuffed man.

The opposition cast doubt on the president's promises to deal with stray security forces, saying no one was put on trial for the deaths of six people shot by the military following post-election violence last August.

A judge in the southern city of Masvingo released an opposition MP on bail, but moments later he was arrested by police on a new charge of subversion and detention, ZLHR said.

Human rights groups say at least 12 people were killed during the bustle of this month. Police put the figure in three.

The country is also mired in the economic crisis, and concerns are mounting because frustration could lead to more turmoil after officials on Monday issued a 48-hour ultimatum for the government to meet its payment demands or face a strike.

On Tuesday, some of the lawyers marching through Harare displayed signs with the words: "systemic beatings, detentions silenced the rule of law," while another sign said "# no to judicial capture, # non-political justice; #no militarization of the judiciary. "

They walked from the offices of the Zimbabwe Law Society to the Constitutional Court, where they filed a petition while the riot police watched.

The repression has alarmed human rights groups who fear a return to authoritarianism that marked much of the Mugabe era.

The government said the opposition's Movement for Democratic Change (MDC) is behind the demonstrations, something its leader Nelson Chamisa denied.