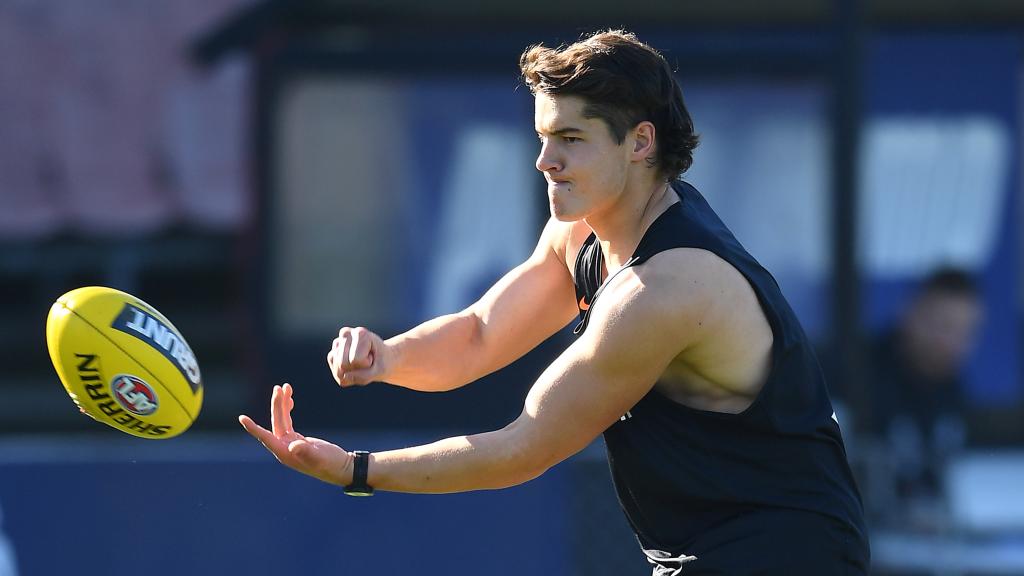 Liam Stocker has signed a contract extension at Carlton

After five games in his debut season, Stocker will remain at the Blues until at least the end of 2022, adding two seasons to his initial draft contract.

Rated by the Blues at pick # 6 in the last year's NAB AFL Draft, Stocker was finally taken at pick 19 the Blues landed in a live swap of future first-round selections with Adelaide.

Starting his AFL career across half-back, the 19-year-old is expected to increase his midfield minutes in 2020.

"It's great that the club believes in me, I'm loving my team in the Navy Blue and I'm really excited to be part of what we are building here," Stocker said.

"When you walk into this club you realize how special it is to wear the guernsey, I can't put it into words the moment I first wore it against North (Melbourne in round seven).

"We have a really exciting midfield group here at the club and I am loving the chance to learn from those experienced guys in the middle but also down back as well.

"I am just focused on becoming the best player I can possibly be for this football club and doing everything I can to make us successful over the next three seasons."

"We rate Liam really highly and this year his effort and intensity to the program saw him fit into our system and earn his debut early in the season," Silvagni said.

"Those five games of AFL will give Liam huge motivation to work hard over the summer to give himself every chance for greater opportunity at the elite level in 2020.

"We look forward to seeing his development unfold and we know our members and supporters will enjoy watching Liam emerge over the next three years."