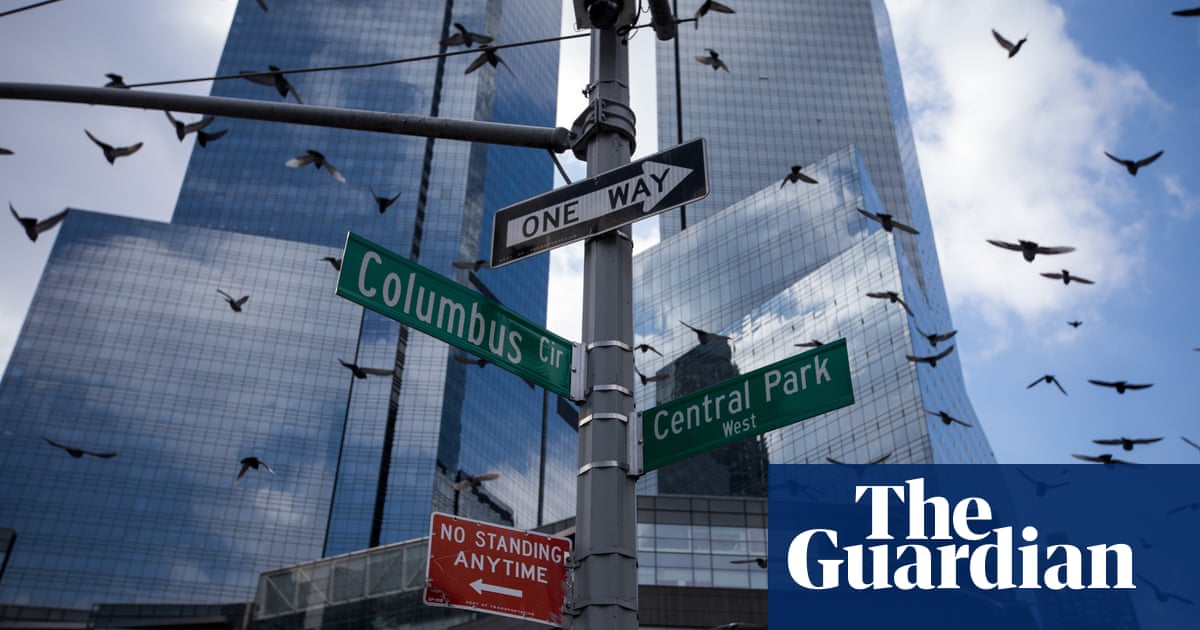 Scientists estimate that at least 100 million and perhaps as many as one billion birds die each year in the United States when they collide with buildings, especially glass-covered or illuminated skyscrapers. And in a new report, conservationists now have a better idea of ​​which American cities are the deadliest for those on the wings.

Chicago, with its many glass superstructures reaching the busiest airspace of North American aviation during migration, is the most dangerous city for feathered travelers. More than 5 million birds of at least 250 different species fly through the center of Windy every fall and spring.

They travel twice a year, many thousands of miles, going north in the spring of Central and South America, across the Great Lakes to Canada, and back to the south in the fall.

The famous Manhattan skyline is another death trap for birds, especially those who migrate.

"They end up landing somewhere that is not familiar, like a sidewalk somewhere," said Susan Elbin, director of conservation and science at New York's Audubon, a leading bird conservation organization. "Then when daylight comes, and they want to get more food, they will fly to a tree they think is a tree, and it's really a tree reflected in some glass building … Then they'll hit the glass, and then they die. "

Most birds that migrate through the United States do so at night when the airspace is cool and calm – and often ends up passing through the cities because their brightness stands out. Scientists have long known that birds are attracted to light, so when they fly over a bright city at night, they are naturally attracted to it, unaware that they are in dangerous territory.

Any city with glass structures and bright lights at night is to blame, but some are more dangerous to birds than others.

The Cornell Lab of Ornithology published a study this week that ranks cities based on the danger they pose to migratory birds.

Houston and Dallas, which are also along some of the most popular migration routes, complete the three deadliest cities after Chicago. New York, Los Angeles, St Louis and Atlanta also pose risks during migration.

Kyle Horton, one of the authors of the Cornell study, said the researchers were not trying to criticize the cities themselves.

"We're trying to raise awareness – trying to provide data and information that can help," he said.

As experts admit, it is difficult to obtain reliable statistics.

Audubon of New York City conducts "collision monitoring studies" in September and April each year, sending dozens of volunteers to the city streets to track down fallen birds. The organization estimates that some 90,000 to 200,000 birds are killed by collisions of buildings in the city each year. Audubon's local chapters and other bird conservation groups across the country coordinate similar data collection exercises.

Nationally, the Smithsonian Migratory Bird Center estimates the number of deaths between 100 million and one billion birds annually, using data from a wide variety of different groups across the country.

Certain species of birds are more susceptible to collisions of buildings. A separate study by the University of Michigan, published this week, found that birds, such as sparrows and warblers, are more likely to suffer collisions. Songbirds tend to emit "flight calls" during migration and are more likely to chirp when they see the bright lights of a city, potentially attracting other birds to the treacherous horizon.

We need to coexist with the ecosystem because we are part of it, just like birds

While studies bring sad news about the effects cities have on birds, conservationists see them as opportunities to attack their activism.

"Every time a new scientific literature is released, we learn more about the problem and … we can identify the best solutions using science," said Kaitlyn Parkins, conservation biologist at NYC Audubon.

Clearing the lights of buildings at night for a few weeks during peak migration is a simple first step and would make a big difference, Parkins said. The National Audubon Society manages Lights Out, a coordinated effort with local affiliates to advocate light reduction during migration. States such as New York and Minnesota participated in the program, turning lights into state-operated buildings during the migration.

"We need to coexist with the ecosystem because we are part of it, and the birds, too," Elbin said. "What's good for birds is good for people."