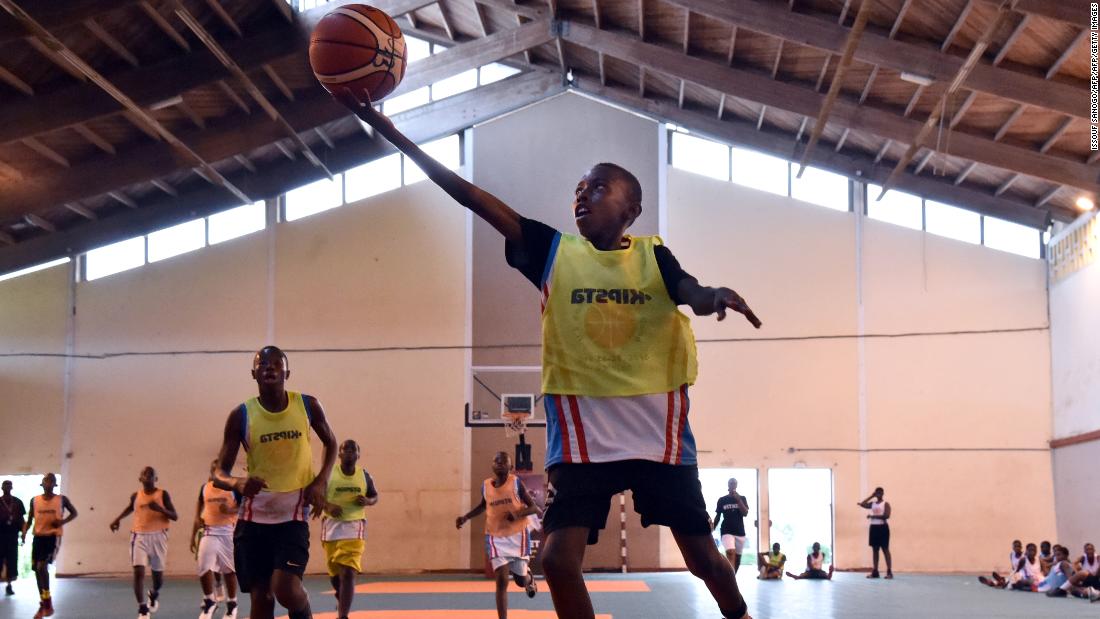 The new facility, which has two basketball courts, a multidimensional center of activity, a weight room, conference rooms, dormitories and educational facilities, will be the main training ground for future NBA Academy Africa candidates from across the continent. in a statement.

"We are excited to open this new world-class venue in Saly to the prospects of NBA Academy Africa," said Amadou Gallo Fall, NBA Africa vice president and director.

"This facility will provide aspiring players from across the continent with courts and state-of-the-art training equipment under the tutelage of our NBA coaches and our world-class academic team," he said.

NBA Academy Africa is operated in partnership with the SEED (Sports for Education and Economic Development) SEED Project, a Senegalese non-profit organization that uses basketball as a platform to engage young people in academic, athletic, and leadership programs.
The center's youth expect to follow in the footsteps of Senegalese native Gorgui Dieng, who is a former student of the SEED Project, and reached a massive $ 64 million deal with the Minnesota Timberwolves in 2016.

The launch is part of the NBA's global effort to educate talented youths, ages 14 to 20, with facilities in Australia, China, India and Mexico open since October 2016.