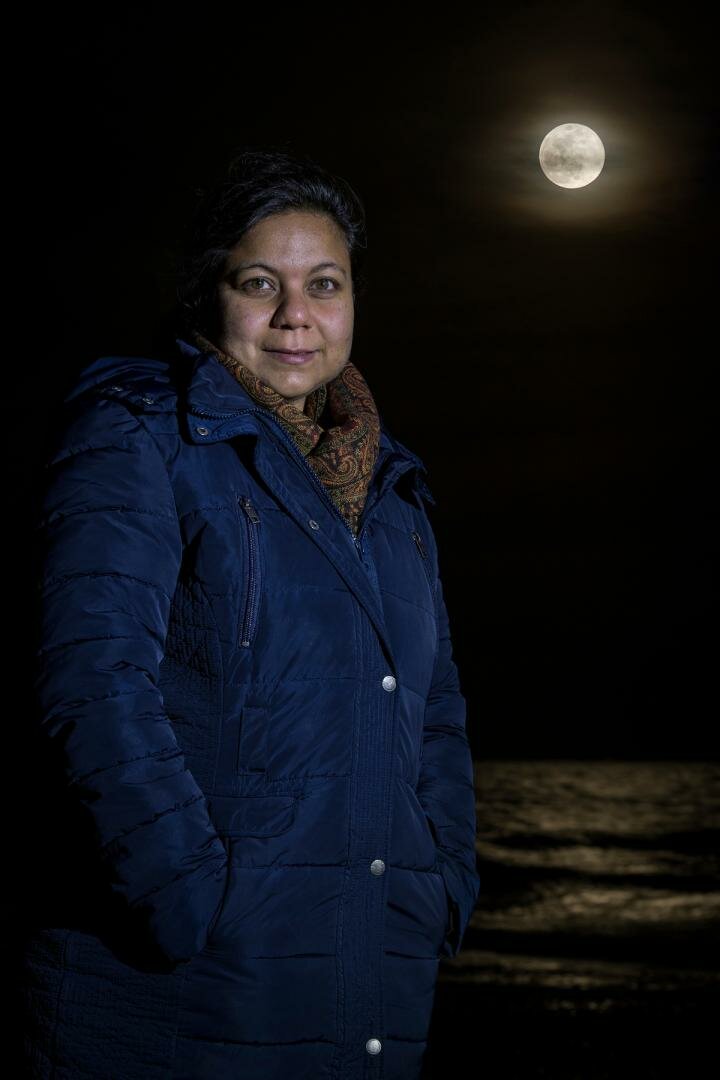 Little is known about the internal structure of the Moon, but a major step forward was given by a University of Rhode Island scientist who conducted experiments that allowed her to determine the temperature at the edge of the Moon's core and mantle.

She discovered that the temperature is between 1,300 and 1,470 degrees Celsius, which is at the upper limit of a range of 800 degrees that previous scientists had determined.

"To understand the interior structure of the Moon today, we need to improve the thermal state," said Ananya Mallik, assistant professor of geosciences at URI who joined the University faculty in December 2018. "We now have both points anchors – central mantle and the surface temperature measured by Apollo – and this will help us to create a temperature profile across the Moon. We need this temperature profile to determine the internal state, structure and composition of the Moon. "

The surface temperature of the Moon is approximately -20 ° C.

According to Mallik, the Moon has an iron core, such as Earth's, and previous research using seismic data found that between 5 and 30 percent of the material at the edge of the core and mantle was in a liquid or molten state.

"The big question is: why would we have any melting present on the Moon at that depth," Mallik said.

To begin with, Mallik conducted a series of experiments in 2016 at the Institute for Geochemical and Experimental Geophysics Research in Bavaria using a multi-anvil device that can exert the high pressures found on the bottom of the Moon. a tiny sample of material similar to that found on the Moon, compressed it into the device at 45,000 times the Earth's atmospheric pressure, which is believed to exist at the boundary of the Moon's central mantle, and used a graphite heater to lift the sample temperature until it partially melts.

"It is important that we know the composition of the Moon to better understand why it evolved as it did," Mallik said. "The stories of the Earth and the Moon are intertwined from the beginning, both of which are the product of a major collision between the proto Earth and a Mars-sized body that occurred 4.5 billion years ago. our Earth better, we have to know our closest neighbor because we all had a common beginning.

"The earth is complicated," she continued. "Any similarity in the composition between Earth and Moon can give us an idea of ​​how these two planetary bodies were formed, what the collision energies were, and how the elements were divided between them."

The URI geoscientist noted that the Earth evolved through the process of plate tectonics, which is responsible for the distribution of continents, the topography of the Earth's surface, the regulation of long-term climate and perhaps even the origin of life. But there is no evidence of tectonic plates on the Moon.

"Everything on Earth happens because of the tectonic plates," she said. "What does this tell us about our own planet when the Moon does not experience this process? It's the same argument we studied Mars and Venus in. They are our closest neighbors, and we all had a common beginning, but why did they are so different from our planet? "

The next steps of Mallik's research will involve experimentally determining the density of the molten material at the edge of the central mantle, which will further refine the temperature range. In collaboration with Heidi Fuqua Haviland at NASA's Marshall Space Flight Center and Paul Bremner at the University of Florida, she will combine those results with computational methods to obtain the temperature profile and composition of the interior of the Moon.

Mallik's research was published on April 1 in the journal Geochimica et Cosmochimica.

Physicists provide the first model of rotational dynamics of the Moon, representing the solid inner core

Provided by
University of Rhode Island

Quote:
Researcher calculates the temperature inside the moon to help reveal its internal structure (2019, April 1)
recovered on April 1, 2019
from https://phys.org/news/2019-04-temperature-moon-reveal.html