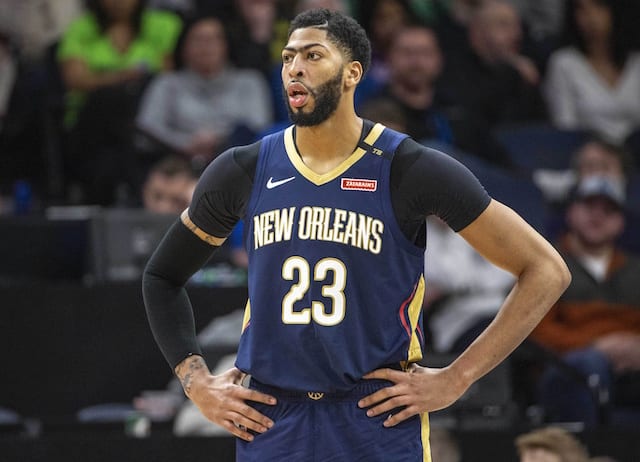 The commercial deadline is less than 48 hours and the Los Angeles Lakers are trying to close a deal for New Orleans Pelicans star Anthony Davis despite facing a difficult battle.

There are rumors that they have already presented the pelicans with a large offering of Lonzo Ball, Brandon Ingram, Kyle Kuzma, Rajon Rondo, Michael Beasley, Lance Stephenson and two choices in the first round but it looks like pelicans still expect to get More.

L.A. also sent a package of the whole young core – Ball, Josh Hart, Ingram and Kuzma – plus a draft compensation, which was also not satisfactory in the eyes of the pelicans.

In this episode of the LN Podcast, presenter Trevor Lane will be joined by Alex Kennedy of Hoops Hype to discuss the latest news from the Davis saga and why the pelicans would refuse the Lakers' offer despite receiving everything they purportedly asked for. Can a business really be done before the deadline?

In addition, we discuss what happens behind the scenes to get a negotiation completed in the NBA. What is the role of the agents and why do managers sometimes have to lie to their players? How difficult is it to be a player that is negotiated?

We also get caught up in the idea that teams may prefer not to deal with the Lakers simply because of the franchise's long success story or may enter into negotiations with the notion that the Lakers should give up more than any other team would.

Is this a real thing happening in the NBA or is it an excuse for the Lakers without the assets to make a deal? All this and more in an absolutely full episode.

Reminder: Vivid seats is the official ticket reseller of LakersNation.com. New customers use "LAKERSNATION" (all CAPS) in the Vivid seating application on your phone and receive a 10% discount on any Lakers home game ticket application for the remainder of the season.