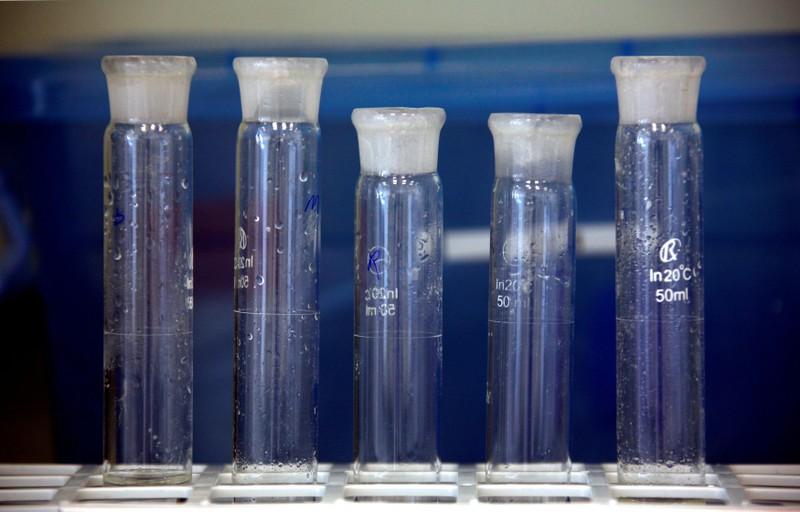 FILE PHOTO: Containers are seen in a laboratory at an enzyme factory of Danish biopharmaceutical company Novozymes in Beijing, China, on May 24, 2011. REUTERS / David Gray / File Photo

The Danish company is the world's largest manufacturer of industrial enzymes and, with BioAg, produces microbes, such as bacteria and fungi, to protect plants against pests and help them grow faster.

Novozymes announced Thursday a business and innovation partnership with Bayer in the corn and soybean market by introducing two new partners – Univar Solutions and UPL.

Novozymes said it was happy with its collaboration since 2014 with Monsanto and then with Bayer, which bought Monsanto last year for $ 63 billion.

"But there are, of course, things that they have no focus on, for example, peanuts. This is an area we can now send to a place where it will receive the necessary attention, "said Tina Sejersgaard Fano, head of Novozymes' agriculture and bioenergy division.

She said the ruling was not linked to last week's decision by a US jury to award $ 80 million to a man who claimed that Bayer's use of Roundup's herbicide caused cancer, or thousands of similar lawsuits.

"Of course we followed the judicial process, but it has nothing to do with our decision. We are working with Bayer to make agriculture more sustainable, creating solutions that provide better yields with fewer chemicals, "Fano said.

Novozymes' BioAg division is part of its Agriculture and Feed division, which accounted for 14% of its total sales of 14.4 billion Danish kroner ($ 2.17 billion) last year.