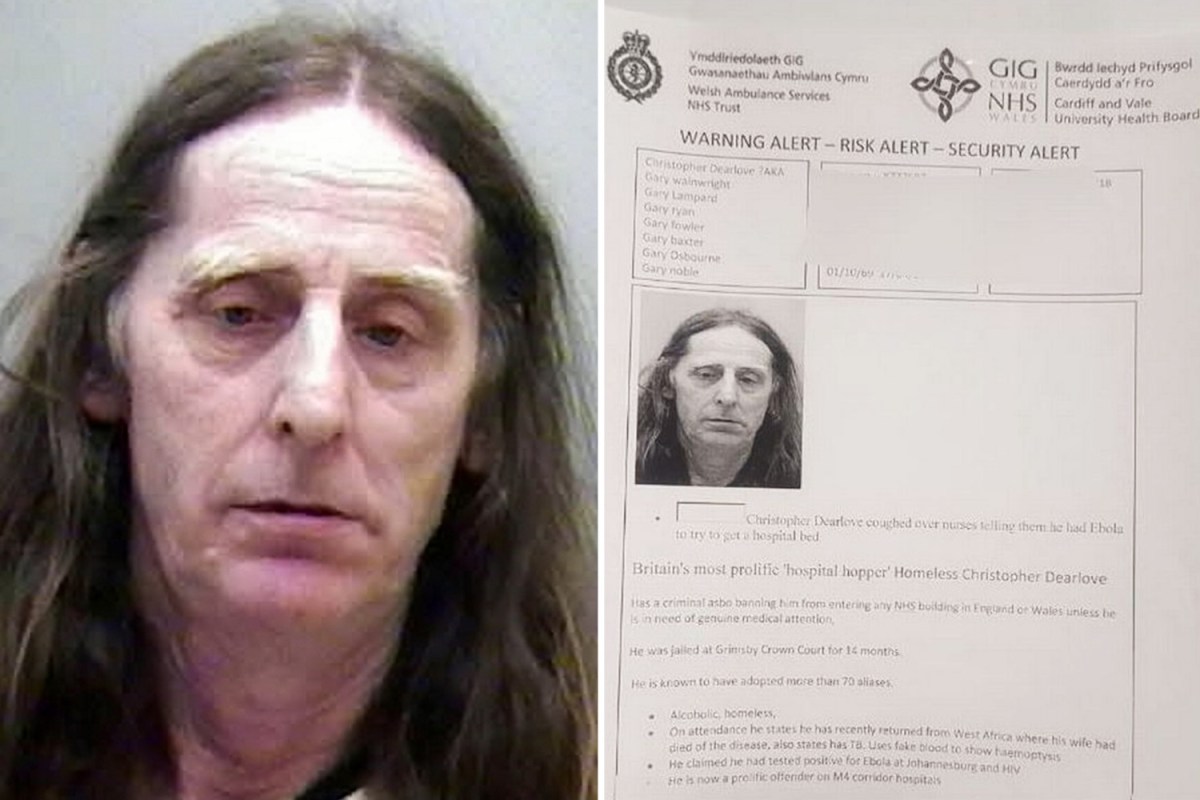 The NHS team received an urgent warning about a coup plotter who claimed to have Ebola and AIDS to receive medicine, food and a bed.

The homeless Christopher Dearlove, 63, was banned from all hospitals in England and Wales after using 98 fake names to house.

He was previously beaten with an ASBO after coughing at two hospital receptionists saying he had just returned from West Africa where his wife had died of Ebola.

The Princess of Wales Hospital in Grimsby was put on the block while the doctors were struggling to put on protective gear – but later they found out that Dearlove had lied.

And a court also heard that he once spit fake blood and convinced doctors that he was hemophiliac with AIDS, so he could get a room for himself.

But despite his previous convictions, a new "risk alert" was sent to all hospital staff in Wales.

Tell employees to call 999 if they see the Dearlove – which supposedly cost thousands of pounds to the NHS with its cons.

The alert calls him a "prolific offender" in hospitals along the M4 corridor.

Six soldiers detained after the army girl, 17, was assaulted in severe sexual assault

KEEP IT FOR YOURSELF

Armed gangs battle on the street with bat, hammer and machete after car crash

According to the NHS Fraud Containment Service (CFS) in Wales, the first risk alert in Dearlove, wasting NHS resources, was sent in January 2018.

"We are currently collecting patient attendance information at NHS hospitals in England and Wales with the intention of taking appropriate preventive measures to protect NHS resources."