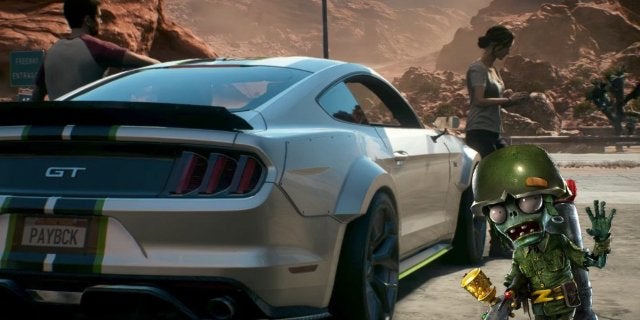 The results for the third fiscal quarter of Electronic Arts are in, and while many may be looking at the numbers, some information shared by COO and CFO Blake Jorgensen are of particular interest.

In the report released by EA, the company refers to some games, but leaves out all the details that players would surely love to know. We know Hymn, which is expected to arrive later this month, and the recently launched Legends of Apex, The new free Battle Royale experience from Respawn Entertainment. However, some other games have also been created.

"Looking to the future, we are pleased to launch Hymn, our new IP, to grow Legends of Apex and related Fall of the Titan experiences, to offer new Plants vs. Zombies and I need speed titles and add Star Wars: Jedi Order to our sporting titles in the fall, "said Jorgensen.

We have previously learned that Respawn has more Fall of the Titan in the sleeve when CEO Vince Zampella confirmed with a tweet. "We are also working on more Fall of the Titan to the end of the year (yes, I said the T word), "he said. We love being able to experience this crazy universe! "As for the next Star Wars: Jedi Order, it was revealed recently that the developers team is new, and you can read more about it here.

When it comes to the unknown Plants vs. Zombies entry was revealed during EA's profit call by CEO Andrew Wilson who will be part of the shooter series, which is probably a good indication that another Garden War is on the horizon. Unfortunately, we will have to wait for more information because they were not particularly sincere when it came to details.

Some people may be looking for future games that are coming out of EA, but many of the eyes are currently on Legends of Apex. This is evident, since the title reached more than one million players in the first eight hours.

What kind of "Fall of the Titan experiences "do you believe you are on the horizon? Any thoughts on what the next I need speed title will be? Sound off in the comments section below, or hit me on Twitter anarkE7!