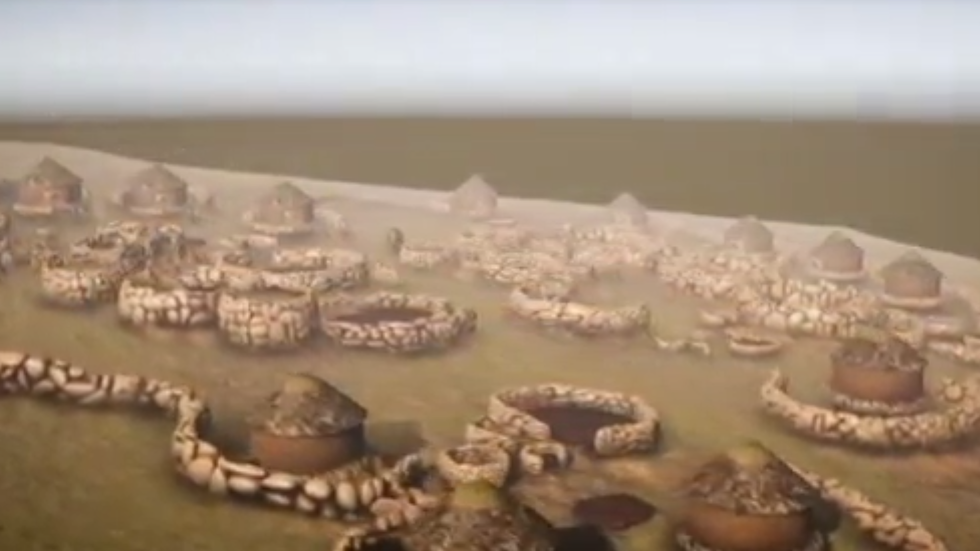 Archaeologists have discovered a 200-year-old lost city on the outskirts of Johannesburg, South Africa, which has already housed more than 10,000 people.

The metropolis, called Kweneng, was formerly considered a scattering of ancient stone huts, but three decades of intricate research finally revealed that it was a city of 800 rural properties.

Watch: Archaeologists of @WitsUniversity discovered a city lost and rich in Tswana in the hills of Suikerbosrand, about 60 km south of Johannesburg. This great city existed long before the arrival of the settlers and unmasks myths related to the history of African civilization. pic.twitter.com/9U5AODDsth

The former site, located under dense vegetation in the Suikerbosrand National Park, was mapped using cutting-edge laser technology. Archaeologists have used billions of lasers to penetrate the vegetation and digitally recreate an image of how Kweneng once was.

Kweneng, believed to have declined after civil conflict, peaked between the 15th and 19th centuries, when it stretched for about 20 km (12.5 miles). For researchers, the finding is a great window into the region's past.

"What this means is to fill a huge historical gap, especially for Southern Africa, because we know that the pre-colonial history of Southern Africa has no written record"Said Fern Imbali Sixwanha, a member of the team of archaeologists who conducted the research at the University of the Witwatersrand, told Reuters.