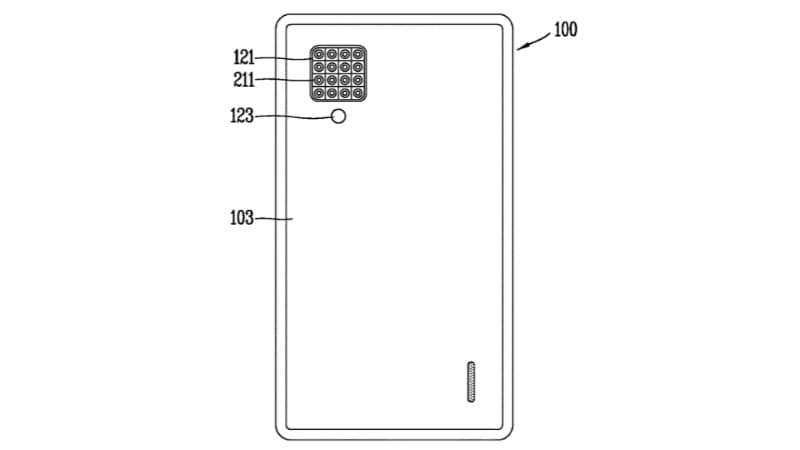 The global smartphone market seems to be the battlefield of a new war, with manufacturers competing for the number of camera sensors they can put on a smartphone. Samsung recently took it to the next level with four camera sensors on the back of the Galaxy A9 (2018). However, LG may be planning to take things to another level, not just with four but with 16 rear lenses. The South Korean manufacturer has already received a US patent that reserves the right to place a total of 16 camera lenses on the back of the smartphone in a matrix-style layout.

In a patent received by LG in the US from the USPTO, first reported by the Dutch blog LetsGo Digital, the company detailed a project to fit into a 16-camera configuration. Placed in a matrix arrangement, these multiple sensors will allow the user to take a single picture from multiple perspectives. Different angles can be used to choose the photo of your choice.

In addition, the patent suggests that this camera configuration will enable sophisticated facial recognition technology. This feature will allow users to replace head pictures with others from previously clicked photos. Although not specified, it will be interesting to see how this happens in reality.

A mirror will probably also be placed just below the camera's 16 rear sensors to allow users to do selfies with the same cameras, instead of using the possibly weak selfie camera. The patent also specifies that this design can be applied to a non-traditional smartphone design, such as a folding phone or a telephone with any other form factor.

Although not a smartphone, the Light Camera was the first device to have a total of 16 camera sensors. However, getting this on a smartphone is not a small task given the amount of internal components the device will have beyond the camera mechanism.