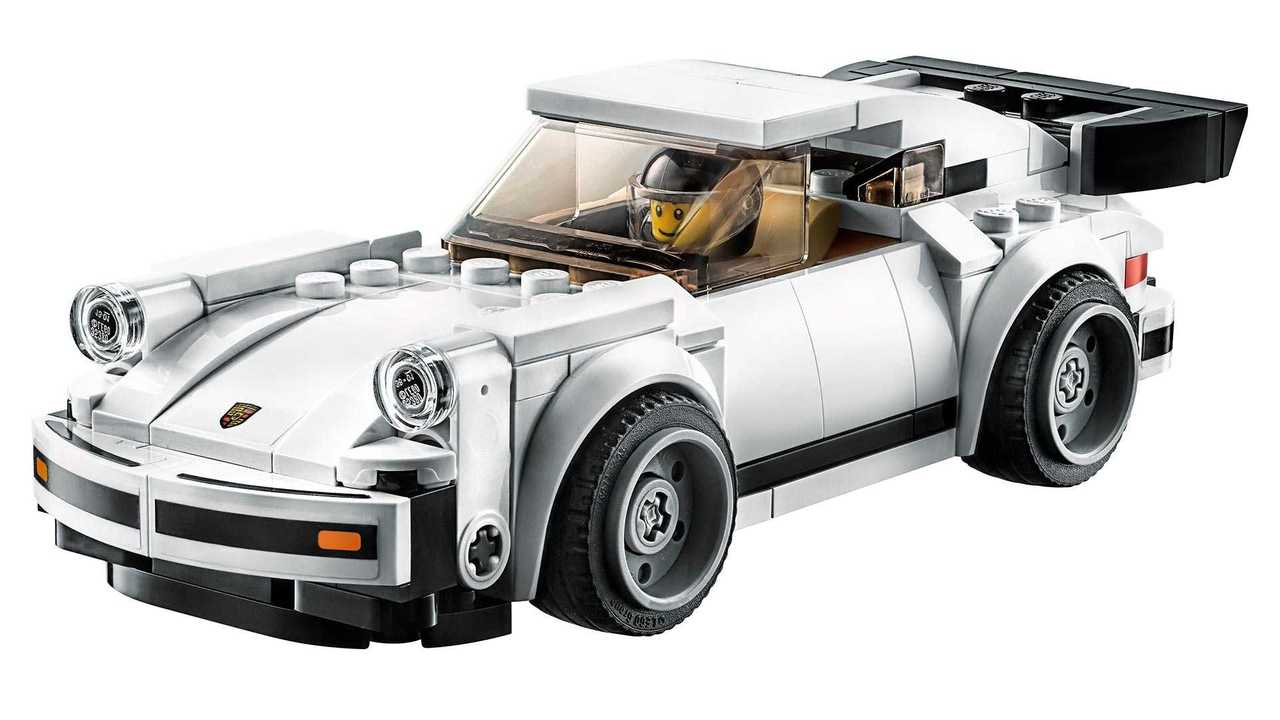 Porsche fans will love building, racing and proudly displaying the LEGO® Speed ​​Champions 75895 1974 Porsche 911 Turbo 3.0. This white and collectible children's toy car model from one of the world's most recognized classic sports cars features a minifigure cockpit with a removable windshield and is full of authentic details including the iconic "whale tail" rear spoiler. A classic Porsche 911 driver minifigure and 3 cones to play off the race scenarios are also included in this LEGO car game.

with removable windshield, rubber tire wheels and authentic design details such as

the iconic rear spoiler of the 911 Turbo.
Remove the windshield to place the minifig in the car.
Accessory elements include the pilot's helmet of the Porsche 911, plus 3 cones for racing action.
This cool toy model car for kids makes a great birthday gift.
1974 The Porsche 911 Turbo 3.0 measures more than 4 cm in height, 15 cm in length and 6 cm in width.