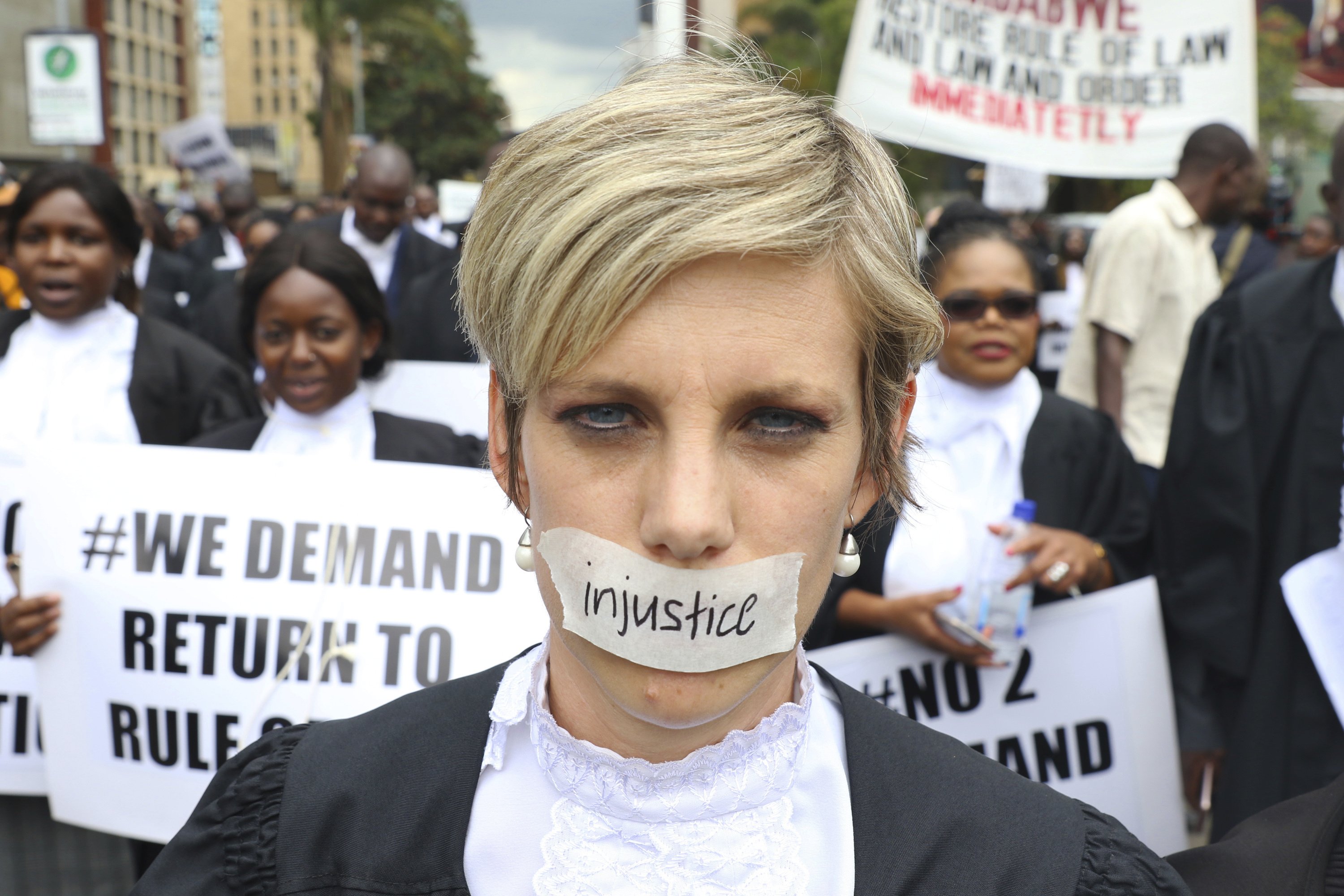 HARARE, Zimbabwe (AP) – Zimbabwean lawyers marched on the constitutional court on Tuesday to protest against the alleged denial of justice by hundreds of people jailed in a violent crackdown on the protests that paralyzed the country.

Police said more than 1,000 people were arrested because of protests against the sharp rise in fuel prices, which began two weeks ago. Lawyers say many are languishing in jail after being denied bail, while others have been forced into unfair hearings across the country.

A prominent pastor and activist accused of subversion and accused of inciting the protests, Evan Mawarire, received bail after more than a week of detention. He could face 20 years in prison. His lawyer rejects the charges against him.

Japhet Moyo, secretary general of the Zimbabwe Congress of Trade Unions, is also accused of subversion. He remained in detention.

Dozens of lawyers dressed in clothes marched in the capital, Harare, while the shock troops watched. "To free the courts of the army," said one of the lawyers' signs. "Not to command justice," said another.

Some lawyers gagged their mouths with pieces of paper inscribed with the word "injustice."

Lawyers have asked the Zimbabwe chief justice, Luke Malaba, "that it has become commonplace to hear about the denial of the fundamental rights and freedoms of prisoners and suspected of having participated in the protests."

Lawyers said abuses committed by the military and the police include kidnappings of suspects or close relatives, assault and torture of suspects to induce confessions, denial of treatment to tortured suspects.

The American Bar Association said it was "deeply concerned" about the turmoil in Zimbabwe. "Reliable reports indicate that many of the prisoners are being tried in groups of 50 or more and are being denied the right to redeem and effectively consult their lawyers," said ABA President Bob Carlson in a statement.

"In some cases, lawyers were not supposed to have been informed of the charges against their clients in advance, and it is unclear whether individualized proof of fault is being required in these deeply flawed procedures."

Reports of alleged abuses by the security forces continued, with the military heavily deployed in the poor and working-class suburbs. Doctors and others have reported at least 12 deaths in repression and more than 300 people injured, scores with gunshot wounds.

Authorities in Zimbabwe have stated that it is not military and police to carry out any kind of violence, but "false elements" in stolen uniforms aimed at tarnishing the image of the country's security forces.

Opposition leader Nelson Chamisa told reporters that the prisons should "cripple" his party, which unsuccessfully tried to talk to President Emmerson Mnangagwa after narrowly losing a disputed election last year.

Chamisa said his party had reported the issue to the southern African regional bloc without response.

Police spokeswoman Charity Charamba rejected Chamisa's claim that some activists in the ruling party were arrested and convicted of burning a bus amid the riots.

After reports of women being raped by security forces in repression, Charamba said police were investigating a case of alleged sexual abuse. She urged rape victims to report him to the police.

Many victims of sexual violence are reluctant to approach the police or government hospitals for fear of reprisal.