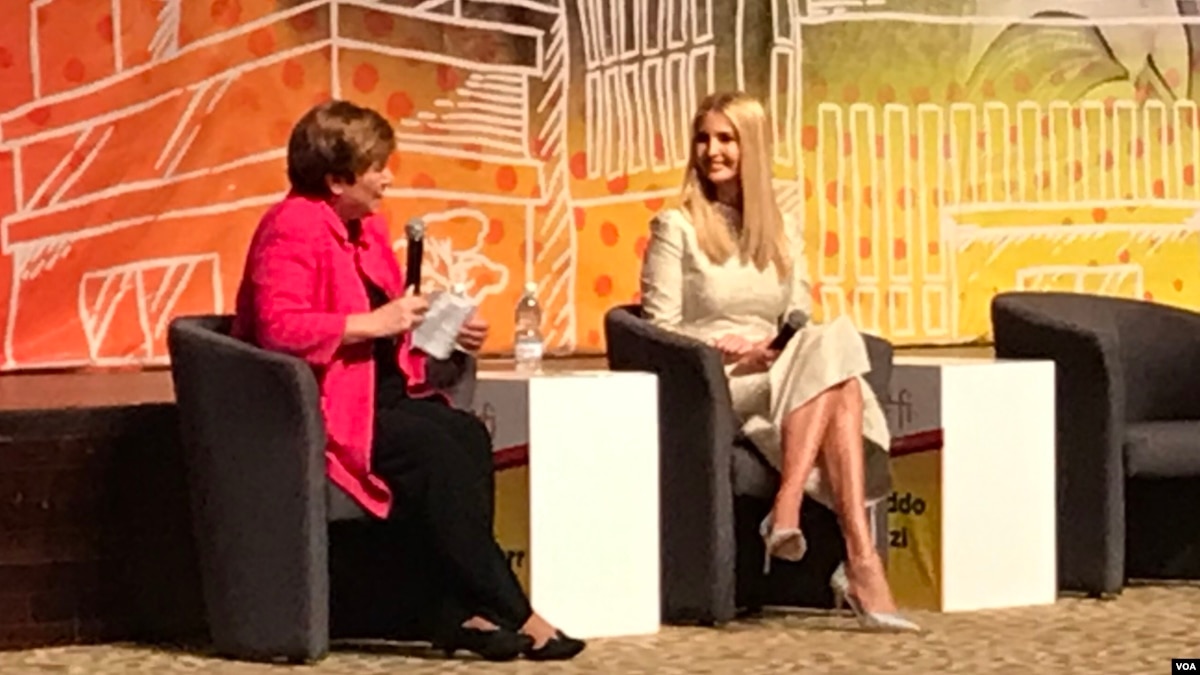 Ivanka Trump, daughter of US President Donald Trump and senior adviser to the White House, spoke at a summit of women entrepreneurs in Ivory Coast on Wednesday.

"Societies that empower success are more peaceful and prosperous. And that's evident in every research we see, "Trump said in an auditorium filled with business owners, community organizers, politicians and students.

Her appearance at WeFi's summit in Ivory Coast was Trump's last stop on a four-day tour of Africa to promote a $ 50 million initiative signed by her father in February to encourage the employment of women in countries under development.

WATCH: Trump Announces $ 2 Million for Women in the Cacao Industry of Côte d'Ivoire

"We launched the WGDP, the Global Development and Prosperity Initiative for Women, in February last year. It is the entire government's first approach to the economic empowerment of women in the developing world, and the goal is to empower 50 million women by 2025, "she said at the summit.

Backbone of the African economies

"It is well known that women form the backbone of African economies … but they are very marginalized in terms of access to most productive resources, from land to finance and to information acquisition," Vanessa Moungar, Director of Gender, Women and Civil Society at the African Development Bank, VOA said.

Moungar set the example for a specific program, Affirmative Action for Finance for Women in Africa (AFAWA), which was developed to bridge the gap between men and women in how they gain access to capital.

The summit promoted panelists and panels of successful entrepreneurs, mingling with representatives such as Moungar to discuss the potential of women in business on the continent.

Change for the better

And many left the conference feeling inspired by their future.

"From what I hear today, I believe things will change for the better," Vouha Tatou Dembele, owner of food marketing company Ivorian Food, told VOA.

"I believe there is a strong will to help women in their own businesses. I believe this is the most important thing and we need to focus on it if we receive or we can receive so much money or less money, "added Dembele.

Earlier Wednesday, at a cocoa farm about 100 miles from Abidjan, Trump announced a $ 2 million commitment to help women in the cacao industry in Côte d'Ivoire.

Speaking at Cayat, a cocoa cooperative in the town of Adzopé, Trump said the $ 2 million promised by USAID and private chocolate companies will go to savings associations, a popular way for women entrepreneurs to earn capital in the West African country .

Cayat is an example of a company that managed to grow through the use of a savings association. It is a company, however, in an industry largely run by women, but where women are still outnumbered by men.

"Often women are left out of the decision-making process. Women do a lot of work, but women often do not have the ability to own land, "Tim McCoy, vice president of country relations at the World Cocoa Foundation told VOA.

"So what we're seeing here is a change and an example of women who really take responsibility and exercise truly incredible leadership," he added on Cayat.

"Thanks for allowing us to highlight a best-in-class example," Trump told an audience of Cayat officials after visiting the facilities Wednesday.

Trump was greeted warmly in the town and in the cocoa cooperative. Dozens of people wearing shirts with Trump's photo lined the streets to greet her.

"We are ready to work with them," Adingra Yawa, a Cayat employee, told VOA after Trump's announcement. "We want our children to go to school. We want to be happy like other women.