When NASA looks at the sky with any of its various telescopes, there is always a chance for scientists to detect something they have never seen before. Sometimes they see newborn stars and sometimes they see huge shadows, but this newly captured Hubble image shows you something you would probably never expect to see in the depths of space: a smiling face back.

The image, which NASA estimated was taken from one of the Hubble telescope's field cameras, shows a bunch of distant galaxies in all shapes and sizes – but a specific part of the image is likely to catch your eye. There, near the bottom, there is a large, bright, smiling face.

"Below the center there is a formation of galaxies, similar to a smiling face," writes NASA. "Two yellow drops stand on an arc of light. The lower arc-shaped galaxy has the characteristic shape of a galaxy that was engraved on gravitational lenses – its light passed near a massive object toward us, causing it to become distorted and stretched. " 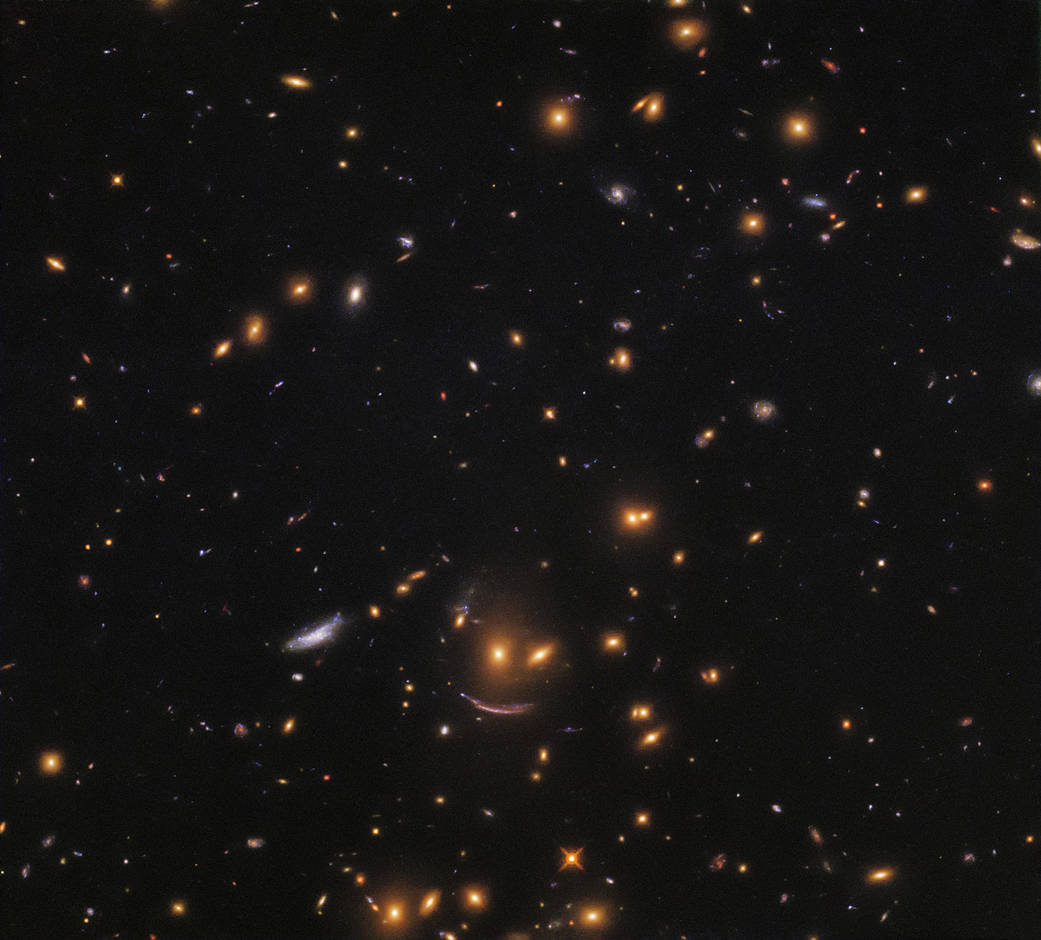 This gravitational lens is actually bending the light of a galaxy behind the two "eyes." If seen in its true form, it would look very different, but because the light is being deformed as it passes through the structures between the Earth and itself. it assumes an increasing formation.

In addition to the smiling mug, there is much to receive from this image. What you're seeing are dozens of distant galaxies, with countless stars rising and dying. How many of these stars have planets in orbit and how many of these planets are Earth like? Maybe none, or maybe several. You have to wonder if the face of the star is really the only thing looking back toward us.