How to truly decolonize the study of Africa | Colonialism 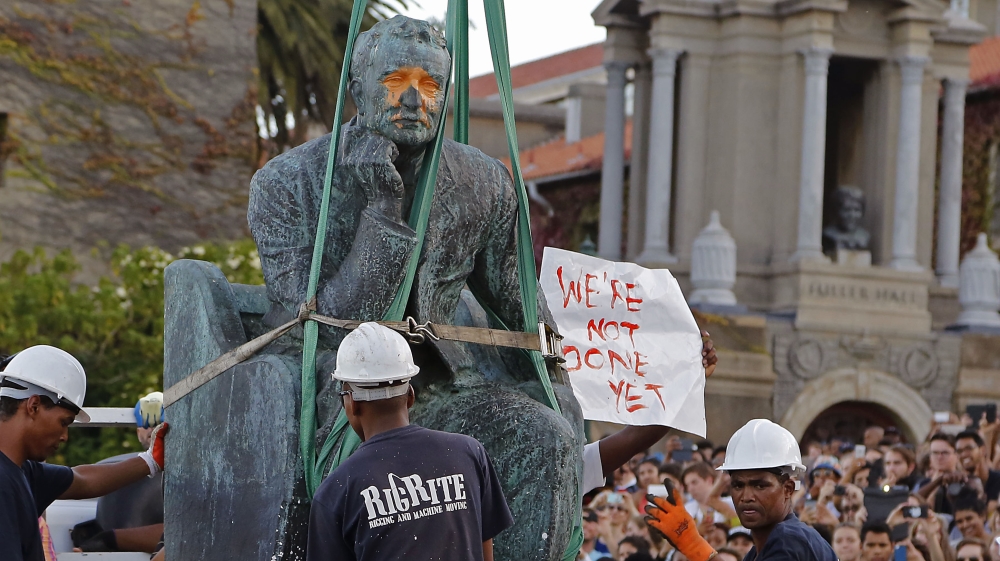 From Cape Town to Cairo, from Bahia to Bombay, recent calls to "decolonize the university" have gained momentum throughout the world. These demands rightly challenge the legacies of colonialism and attempt to subvert them in institutional structures of higher education.

But the problem with this "academic decolonial turn" of the twenty-first century is that it remains largely separated from the day-to-day dilemmas of people in places and spaces previously colonized. Many scholars erroneously claim that by shouting "decolonize X" or "decolonize Y" ad nauseam, they will miraculously become progressive agents of change.

Some tragically believe that, ignoring leading thinkers who were "decolonizing" long before it became a fad – including Edward Wilmot Blyden of Liberia and WEB DuBois of the United States, who were prominent in the middle of the nineteenth century – they succeeded in " decolonization "as their academic feuds.

Despite these erroneous assumptions, the "epistemic decolonization" of the twenty-first century can not be successful unless it is linked to and supports contemporary struggles against inequality, racism, austerity, patriarchy, autocracy, homophobia, xenophobia, ecological damage, militarization, impunity, corruption, media gagging and land grabbing.

For those who research and write about Africa, this is particularly important given the continent's intense relationship with itself and the outside world. Although Africa continues to be captured today by the same forces that fueled colonialism, African activists and artists reacted by commanding a revolutionary change.

Before the "fallista" agenda gained prominence more recently in universities South Africa and Ghana – with demands to remove statues of former imperialists such as Cecil Rhodes or those with racial prejudices like Mahatma Gandhi – there have been successful calls for the overthrow of continental autocrats, including Zine El Abidine Ben Ali in Tunisia, Hosni Mubarak in Egyptand Blaise Compaore Airports in Burkina Faso.

As Egypt has regressed to even more repressive leadership and Burkina Faso struggles with insecurity in the Sahel, no one can deny the winds of change that have swept North and West Africa over the past decade.

Some activist movements suffered more than others. In Senegal, for example, You are a Marre ("Fed Up", "Enough Is Enough"), a collective of rappers and journalists, gained prominence in 2012 when it mobilized the public to vote for then-President Abdoulaye Wade, who had manipulated the constitution to seek a third term. His success inspired the brilliant film of Rama Thiaw The revolution will not be televised, an ode to Gil Scott-Heron's 1970s popular poem. Earlier this year, Y & # 39; en a Marre returned to play an important role in the presidential elections of Senegal.

In Tunisia, seven years after the country's "Revolution of Dignity", people returned to the streets in 2018, asking "Fech Nestannew? ("What are we waiting for?"). The dissent was prompted by austerity measures imposed by the International Monetary Fund (IMF), where taxes were high, public sector spending frozen, civil servants' wages reduced, and 22 percent of the country's budget allocated to the debt service.

In addition to demanding responsible governments, Africans have recently pushed for the removal of colonial-era penal codes that criminalize homosexuality. While Angola, Mozambique and Seychelles relaxed anti-gay laws over the past five years, last month Kenya's Supreme Court upheld the ban on same-sex relationships.

Despite the ban – initially challenged in 2016 by Kenya's National Commission on Gay and Lesbian – Kenya has had an increase in LGBTI advocacy. This was most evident in the overthrow of an embargo on the critically acclaimed. Rafiki, a film about a young couple of lesbians whose director Wanuri Kahui sued the government for censorship in 2018.

While the current crusades to liberate the continent from colonial laws persist, true decolonization in some parts of Africa persists. When the International Court of Justice (ICJ) governed in February, the United Kingdom must return the Chagos Islands to Mauritius, the country achieved a symbolic victory. This verdict exposed the illegal retention of Chagos by the United Kingdom in independence in 1968 and the deportation of its inhabitants, who have been fighting to repatriate ever since. London has since refused to respect the non-legally binding "advisory" position of the ICJ, but the Chagossians are not giving up their right to return without a fight.

While some movements have focused on isolated countries, others operating at more regional and pan-African levels remain convinced that political independence means nothing without economic emancipation. Founded in 2007 during the World Social Forum, Tax Justice Network Africa has found that $ 50 billion leaves the continent annually in illicit financial flows. Instead of employing non-empirical corruption indexes, such as Transparency International's Corruption Perceptions Index (CPI), the network has developed a more robust and evidence-based approach. financial confidentiality index, which measures the real wealth stolen from Africa by wealthy individuals and foreign multinationals.

These are just a few examples of Africans defying the relics of colonialism. Thus, academics who are genuinely committed to "decolonization" must find them halfway. They must resist the urge to co-opt their own career advancement, and instead focus on collaboration. They must transcend the ivory tower, seeking "relevance" and not "recognition," in the words of the celebrated Cameroonian scholar Francis Nyamnjoh.

They should follow the suggestion of African diasporic public intellectuals who intentionally surrounded academia and activism on behalf of the continent – including Frantz Fanon of Martinique, Walter Rodney of Guyana, Samir Amin and Nawal el Saadawi of Egypt, Sylvia Tamale, Uganda. Ayesha Imam of Nigeria – joining social justice movements and documenting their successes and failures.

They must produce emancipatory, ethical and subversive erudition that serves Africa and its people.

Only then can they really "decolonize the university".

The opinions expressed in this article are those of the author and do not necessarily reflect the editorial policy of Al Jazeera.