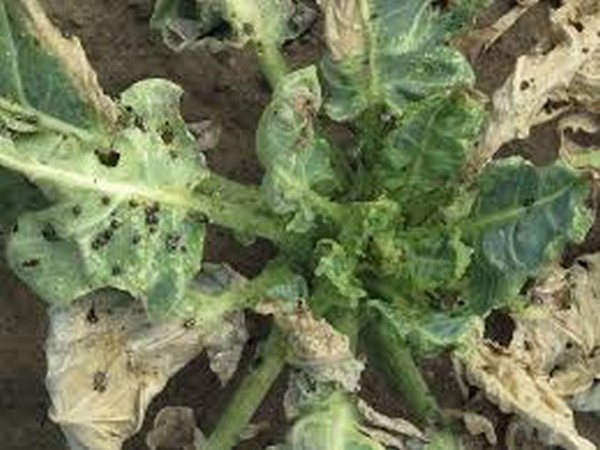 Washington: New research has found that plants use chloroplast communication to the core to deal with stress or damage caused by different sources. Plants regulate gene expression through this communication that helps them cope with various damage and stress.

The study published in the Proceedings of the National Academy of Sciences (PNAS) could help biologists create plants that can withstand environmental stressors.

According to the research, a gene that integrates numerous retrograde pathways from the chloroplast to the nucleus, GUN1, also plays an important role in the way proteins are produced in damaged chloroplasts, providing a new insight into how plants respond to stress.

"Climate change has the potential to drastically affect our food system. When plants are stressed, as in a drought, they produce lower yields. If we understand how plants respond to stress, maybe we can develop a way to increase their stamina and keep food production high, "said Joanne Chory, senior author of the study.

Previously, Chory's laboratory identified a group of genes, including GUN1, that influence the expression of other genes in the cell when the plant undergoes stress. GUN1 accumulates under stressful conditions, but the exact molecular function of GUN1 has been difficult to decipher so far.

"Plants often experience environmental stressors, so there must be a communication path between the chloroplast and the nucleus that helps the plant know when to conserve energy when an injury occurs. GUN1 turns out to play a big role in this, "said Xiaobo Zhao, the study's first author.

In plants without GUN1, gene expression changed, as did RNA editing in chloroplasts. (RNA editing is a modification of RNA that alters the identity of nucleotides so that information on mature RNA differs from that defined in the genome by changing the instructions for the production of proteins.) Some areas of RNA had more editing and other locations had less editing, suggesting that GUN1 plays a role in the regulation of chloroplast RNA editing.

After further analysis, the team unexpectedly discovered that GUN1 associates with another protein, MORF2 (an essential component of the plant RNA editing complex), to affect the efficiency of RNA editing during chloroplast communication to the nucleus in chloroplasts.

The increased activity of MORF2 led to generalized editing changes as well as defects in the development of chloroplasts and leaves, even under normal growth conditions. During periods of stress and injury, overproduction of MORF2 also led to an interruption of communication between the chloroplast and the nucleus.

"Together, these findings suggest a possible link between chloroplast communication with the nucleus and chloroplast RNA editing, which are important regulatory functions for flowering plants, especially during stress," Chory said.

The researchers then plan to examine the mechanism of how RNA editing changes in chloroplasts activate the signals that can be retransmitted to the nucleus, and how these modifications alter the plant's ability to respond to stress.