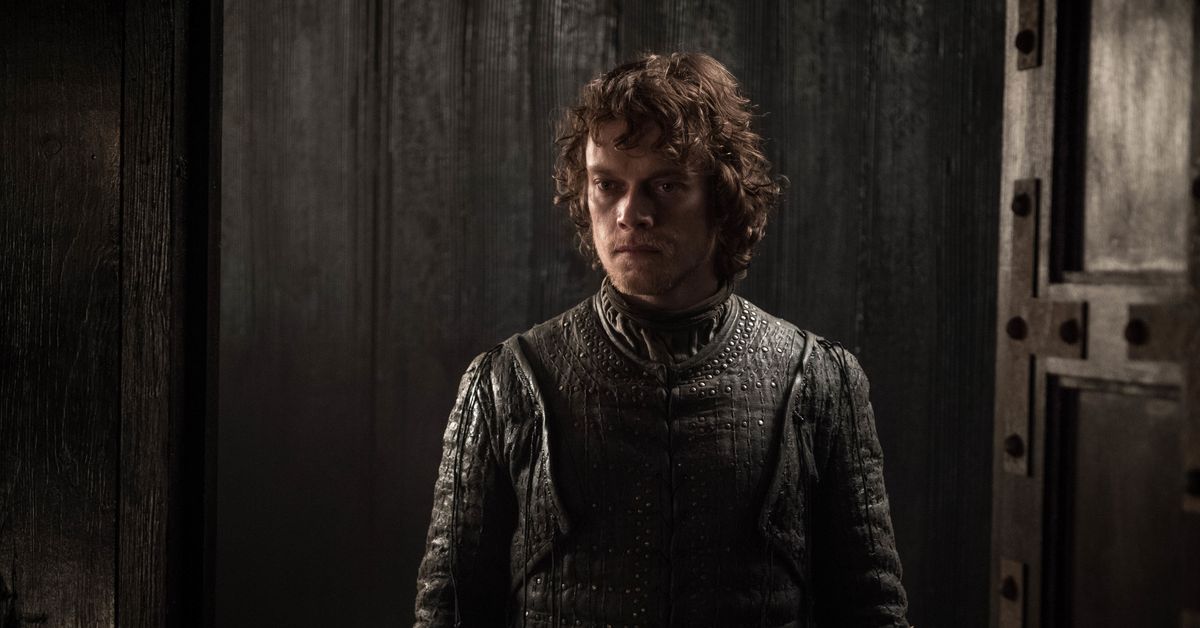 About two-thirds of the way The Game of ThronesAt the premiere of the final season, Theon Greyjoy performed a daring invasion to rescue his sister Yara, something he had vowed to do in the previous episode, the end of the seventh season.

He climbed aboard the ship of Euron Greyjoy, his uncle, with a small group of warriors at his side. They descend to the basement, then cut off guards who hold Yara in captivity. Theon releases his sister and then the two leave the ship and go to a waiting boat. She sails to the Iron Islands; he makes his way north to the final battle with the White Walkers.

Except … none of this happened.

Here's how it really played at the show: At the end of season seven, Theon said he would rescue his sister. At the premiere of the eighth season, we saw Euron slightly threaten Yara, to establish that she was on her ship. Later, we cut to Theon entering the basement to free her. The next time we saw the two, she was heading back to the Iron Islands, and he was going north.

This story is a small example of something that has come to torment The Game of Thrones more and more in the second half of its execution. As the narrative accelerates toward the completion of the program, more and more do not tell stories. He sets the stories and compensates them, and hopes that you will not realize that you did nothing between them.

Second acts are disappearing all over Hollywood

In the summer of 2016, I regretted something I realized by taking on box-office success: the loss of the second act. The second act is, broadly speaking, the middle of the story, and in the classic script of Hollywood, was generally the greater part of the story. After a 15-30 minute setup, it would cover the next hour, before the story ended in the final 15-30 minutes. The second act is important because it presents the development of character and plot that took the story from point A to point B. In other words, it is the journey.

But in this earlier article, I talked about the recent trend of first extended acts that pivoted, almost immediately, into a spectacular spectacular third act, with little room for a second middle act. This led to stories that were big and exciting, for sure, but also curiously weightless. You forgot them as soon as they were over.

At the time, I wrote:

Without [a] second, there is no time for history to build momentum, for the characters to really define themselves as individuals, for conflicts to develop. Instead, a lot of things happen, and that's it. If the three-act structure is "Send your characters to a tree. Throw stones at them. See if they come down, "then eliminating the second act destroys any chance of seeing how your characters react to new obstacles – and thus does not reveal what makes them who they are.

This is the problem that seems to be haunting the narrative about The Game of Thrones (though not all, by any means!). Consider, for example, the long courtship of Jon Snow and Daenerys Targaryen, who occupied most of the seventh season. The two were attracted to each other, so Jon promised to support his offer for the Iron Throne. Finally, they slept together – and the program almost immediately introduced what would otherwise be their main complication in the second act. The two are actually aunt and nephew, and now Jon knows that.

This is how these things go, reparable, but the narrative dragged the initial parts you know to get to such a point that left no room for what would be the second natural act – Jon and Dany want to hit, but they are also related. In addition, this second natural act is also a political story (since Jon's claim to the Iron Throne is now more legitimate than Dany's). And it's a military story, since the key to fighting the White Walkers is this Jon / Dany alliance.

But the second act of this story is simply accelerated. There's no emotional weight to Jon and Dany's pair because the mechanics of the plot make us seem like they've simply banded together to create an inconvenient turnaround, not that they were like this attracted to each other that there is a great tragedy for this revelation. (Some of them may also stem from the little chemistry that Kit Harington and Emilia Clarke have among themselves, but I disagree.)

But at least the story of Jon and Dany has a second act, even if it has been clumsy so far. Increasingly, The Game of Thrones just shows us the beginning and the end of things, like Yara's rescue of Theon, or Daenerys's decision to go to Westeros, or Cersei's decision to create an army of his own. Often we see a character declaring that he will do something, and the next time we see him, he will have done it.

Some of these decisions probably originate from the natural compression that goes into a serialized TV program in its later seasons. We really do not need to see Dany's trip across the Straits because we know she will get to Westeros. That's where all the interesting things are happening. And I do not know if I needed to see Theon planning his attack to rescue his sister, plus the idea that he could have told me more about who he is in this last stage of the series.

This is what is really missing, it seems The Game of Thrones is adapting not a series of richly constructed romances, but rather a series of points: the feeling that they are characters, going on a journey, in a world that has a history and texture to it.

The Game of Thrones is in such a hurry to get to the end that he forgets what made such an instantly immersive series. It seemed, sometimes, in those first seasons, to be in the middle, with endless disputes and a sense of impending doom hovering over every confrontation and conversation. Now, it looks like he can not sit around long enough to tell us a story, instead of summarizing what happened.