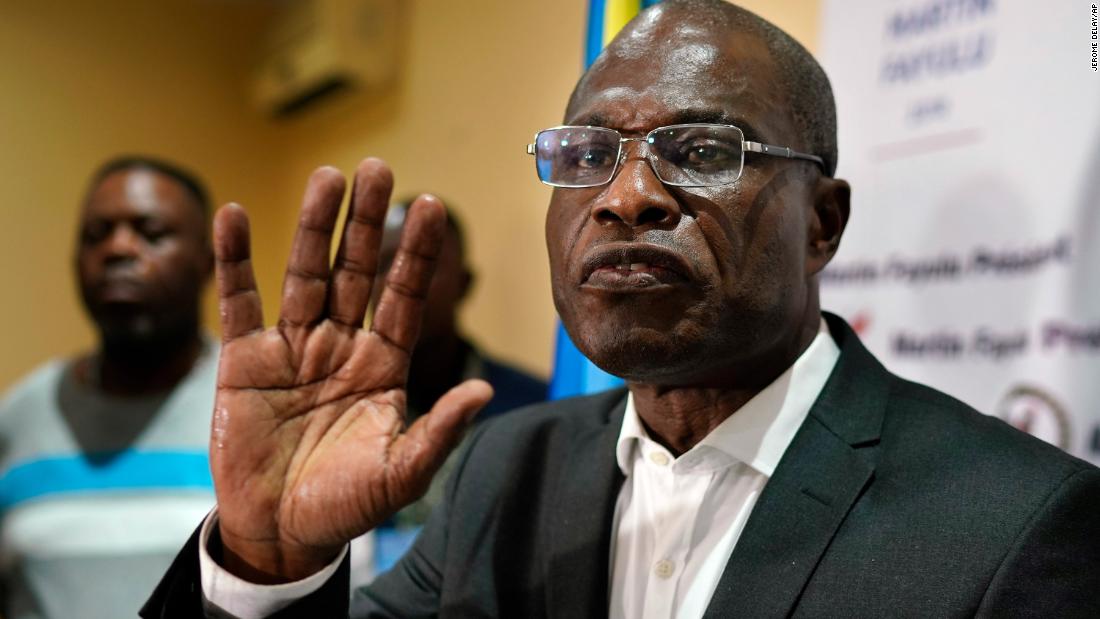 "I am now considering myself as the only legitimate president of the Democratic Republic of Congo," Fayulu said in a statement. "As such, I urge the Congolese people not to recognize any individual who illegitimately claims that authority, nor obey any order emanating from such a person."

However Fayulu – as well as the country's Catholic Church – rejected the election results, saying they do not reflect the data collected by observers.

The former oil chief was expected to win the election, which was seen as a test of whether the country in Central Africa could turn into a democracy.

Fayulu accused Tshisekedi of conspiring with outgoing President Joseph Kabila to influence the votes "against the will of the Congolese people."

With the decision to keep the election of Tshisekedi, the constitutional court confirmed that "it is at the service of an individual and a dictatorial regime that does not respect the laws of the republic nor the most elementary rules of democracy and morals," said Fayulu. in a statement.

Fayulu claims to have won more than 60 percent of the vote in an "overwhelming victory", which he said was confirmed by editors and observers.

"It is nothing more than a constitutional coup since (court) installs an unelected individual in the highest office," Fayulu said in a statement.

He urged the international community not to recognize the results and urged the Congolese people to "take their fate in their hands by organizing peaceful demonstrations across the country" to defend the Constitution.

The African Union said it had "serious doubts" about the election results and would send a team to work on "a way out of the post-election crisis in the country."
"The heads of state and government present at the meeting concluded that there were serious doubts about the conformity of the provisional results, as proclaimed by the Independent National Electoral Commission, with the verdict of the polls," he said in a statement Thursday.

Meanwhile, the Southern African Development Community (SADC) urged the international community to respect the autonomy of the country.

Democracy in the DRC

The December vote was to elect a successor to Kabila, who has held the presidency since 2001.

Under the Congo Constitution, a president can serve only two terms. Kabila's second term expired in 2016, which means the election was far behind schedule.

Of the opposition candidates, only Fayulu and Tshisekedi were considered with a serious chance to defeat Shadary.

The vote came at a difficult time. East Congo is facing Ebola's worst outbreak in the country, and violent protests came after the Independent National Electoral Commission announced that voters in the towns of Beni and Butembo – opposition strongholds – would not vote until March for security. reasons. Yumbi also had elections postponed until March due to violence. It is not clear now how these late votes can affect the outcome.

If considered legitimate, the election would be the first democratic transition of power in the country since it became independent of Belgium in 1960.