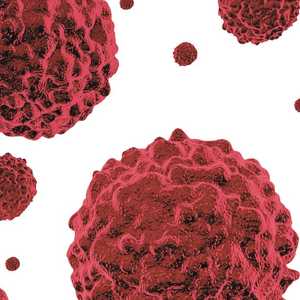 A team of Israeli scientists says they are likely to develop a cancer cure next year, the Jerusalem Post reported.

The new treatment is being developed by Accelerated Evolution Biotechnologies, under the leadership of CEO Dr. Ilan Morad, according to the report.

"We believe we will offer in one year a complete cure for cancer," said Dan Aridor, chairman of the company's board.

"Our cancer cure will be effective from the first day, will last a few weeks and will have minimal or minimal side effects at a much lower cost than most other treatments on the market."

The treatment, called MuTaTo, will use a combination of peptides that attack the cancer and a toxin that will specifically kill the cancer cells.

The treatment will eventually be personalized and a specific cocktail of drugs will be given to patients based on their type of cancer, Dr. Morad told the newspaper.

It sounds too good to be true, especially considering that about 18.1 million new cases of cancer are diagnosed worldwide each year, according to reports by the International Agency for Research on Cancer, with every sixth death from cancer .

Dr. Morad told thePost the company completed its first experimental experiment with mice, which inhibited the growth of human cancer cells and had no effect on healthy mouse cells, in addition to several in vitro tests. He was now on the verge of starting a round of clinical trials that could be completed within a few years and then would make the treatment available in a specific case.

This article originally appeared in the New York Post and is republished here with permission.