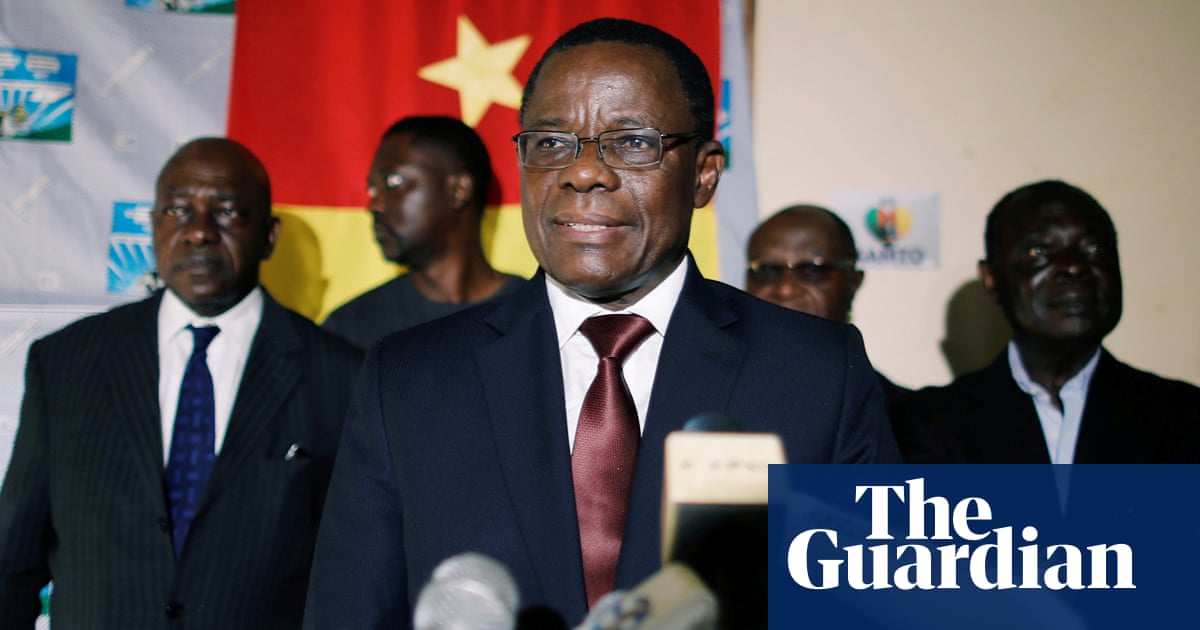 A Cameroonian opposition leader who claims to have won last year's election has been arrested.

Police detained Maurice Kamto and several other opposition figures. One of them was taken from his hospital bed where he was recovering from gunshot wounds suffered in a protest against long-time president of the country, Paul Biya.

Kamto was arrested at a support house in the economic capital, Douala, on Monday and, according to local media, was transferred to the judicial police station in the political capital Yaoundé.

However, the prominent lawyer and activist Felix Agbor Nkongho said he was taken to an "unknown destination".

After he was taken away, hundreds of people surrounded the house. Police officers fired shots into the air to disperse them.

Kamto and his party, the Cameroonian Renaissance Movement, claim to have won the election in October, but official figures have shown that they have garnered only 14% of the vote, second behind Biya, 85, who has been in power for 36 years .

Since then, the opposition has organized several protests, the last of which took place Saturday in cities across the country and led to the arrest of 117 people. Police opened fire on demonstrators with live ammunition.

Turnout in the October elections was 54 percent, much lower than in previous polls, and was 10 percent in English-speaking regions, where rebels have fought for secession since their demands on English speakers were pointed to courts and schools. brutally suppressed by the authorities.