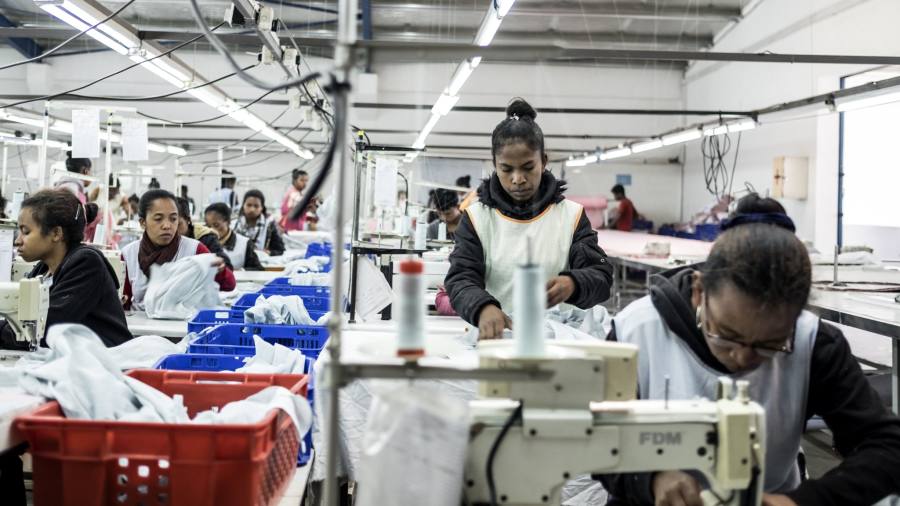 I'd like to make a prediction. It is bold: within 50 years, the label "Made in Africa" ​​will be as ubiquitous as "Made in China" is nowadays items sold in Britain, such as clothes, towels and televisions. In fact, I will go even further: African products will actually replace many of these items that are now made by Chinese companies.

Of course, this seems like an unlikely scenario when, in addition to a diamond in your jewelry box, a Kenyan coffee bag or a bottle of Cabernet from South Africa, many Britons would struggle to find a "Made in Africa" ​​product in their homes. But Africa, with its troubled history of industrial development, is on the verge of real and dramatic economic growth.

Much progress has already been made. Over the past 15 years, most African countries have enjoyed sustained economic growth, in some cases at annual rates above 5%, driven by rising commodity prices, budget surpluses, foreign investment and fewer conflicts. Service sectors are flourishing across the continent, while a telecommunications boom – boosted by the use of mobile phones in a region where there were few land lines and internet penetration – is also playing a role as well as a vibrant financial services industry.

However, 28 of the world's poorest countries are in Africa. Half of their people live in poverty without access to basic human rights such as food, clean water and housing, while two out of five are illiterate. Economic growth, albeit rapid, came from a low base: per capita gross domestic product is only $ 1,770, about a quarter of Asia.

Beyondbrics is an emerging markets forum for business, finance, policy, academia and third-party developers. All opinions expressed are those of the author (s) and should not be construed as reflecting the views of the Financial Times.

Sustainable transformation requires a radical new approach. It is not a service economy that will take half a billion people out of poverty or create 100 million jobs, but an industrial one. Export-led manufacturing will be the key to Africa's success, as it has transformed the fortunes of Asian countries, particularly China, in the last decades.

Today, the manufacturing sector contributes only 9 percent to Africa's gross domestic product, down from 17 percent to the agricultural sector. It also accounts for less than 2% of global production, suggesting huge room for improvement.

The African Union has placed the manufacturing sector at the center of its "Agenda 2063," a strategic framework for the continent's socioeconomic transformation over the next 50 years, which has the agreement and full support of all 55 countries. It is an agenda that, in its own words, was driven by the "voices of the African people indicating Africa what they want."

Similarly, the launch of the Continental Area of ​​Free Trade Africa last year provides for a single market for goods and services. It allows African companies to enter new markets, expanding their customer base and, potentially, product ranges. Many predict that this will also act as an impetus for much-needed cross-border infrastructure investment, creating jobs and developing local expertise in engineering projects.

The prospect of larger markets will stimulate investment. But African governments must play their part: new policies are needed to help build the capacities of domestic firms and foster industrial clusters. (For example, Asian governments offered tax benefits, subsidies, and tailor-made contracts to high-performing companies.)

Today, much of Africa's industry is focused on low value-added assembly because the required raw materials are not produced or available locally. My company, Carbon Holdings, a petrochemical company based in Egypt, is currently finalizing the financing of a $ 11 billion petrochemical plant in the Suez economic zone. It will be the largest downstream factory in Africa, with the potential to create thousands and thousands of direct and indirect jobs and, I predict, help double Egyptian exports within one year from the moment they start operations.

For the first time, Egypt will have essential food for its basic industries, such as plastic, packaging, building materials and automotive parts, allowing production, as opposed to assembly, to occur locally. This will make the country more attractive to foreign manufacturers, interested in avoiding expensive import tariffs, which can produce items as diverse as tires and diapers locally, further boosting employment.

These are projects such as our Suez plant, funded in part by development institutions such as Africa Finance Corporation, together with the main export credit agencies Euler Hermes of Germany and UK Export Finance, which will be instrumental in helping the industrial sector in Africa to realize its true potential. African governments must create economic zones around these developments to encourage global players to enter the market.

That will not happen overnight, but it is starting at a time when trade tensions between the US and China are affecting factory output. China is also interested in reducing its reliance on export markets and is seeking to boost domestic demand. Across Asia, wages are rising as workers demand better rewards: real wages adjusted for inflation increased by 2.8% last year, from just 1.5% worldwide. This is in the hands of Africa, for in 2050 we will have a larger and younger workforce than either China or India.

But our biggest advantage – and the reason I am confident that with a developed manufacturing sector, "Made in Africa," will reach ubiquity – is that we are only 15 days away from Europe by sea. With travel times exceeding 50 days for your products to arrive, China will be at a disadvantage right from the start. It's time for Africa to negotiate.

Basil El-Baz is founder, President and CEO of Carbon Holdings