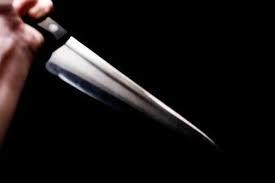 Emotional conflict, a young man blocked his girlfriend, killed with a knife and drank herbicides and cut his neck.

Around 8 pm on April 1, residents of the Tan Duong commune, Thuy Nguyen district (Hai Phong) found dead men and women on the way to the VSIP industrial park. The girl was often stabbed in the body and the man had a wound on his neck.

Receiving the news, Thuy Nguyen District CSDT police cooperated with a number of professional units to examine the scene, autopsy, collect a gourd stick with blood and a bottle of herbicide.

Authorities later identified the 23-year-old victim as having an affair with a 28-year-old man. Two people working in the industrial park VSIP Hai Phong and recently there was a conflict.

On the evening of April 1, the young man prepared a gourd knife and a herbicide waiting for his girlfriend on the way home from work. Seeing the girl, he stabbed two people with a knife, making her die on the spot. After completing the project, he drank the herbicide and used his own knife to cut off his neck.