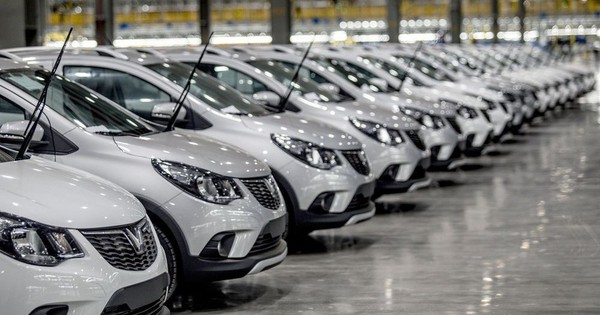 "We sell cars at unprofitable prices. Even at this point, we still lose money on every car we sell," Thuy said at the Bloomberg Asean Business Summit in Bangkok, Thailand. June 21th

The head of Vingroup's auto production department said Vinfast launched its first cars on June 14. To attract Vietnamese consumers and compete with giants such as Toyota, Ford and Honda, Vinfast has chosen to sell its cars at an interest-free price. Vietnam, one of the fastest growing economies in the world, is a very potential market for car manufacturers.

The first batch of Vinfast cars delivered to customers is the hatchback called Fadil. It is sold for $ 394.9 million, equivalent to $ 16,950. In addition to Fadil, Vinfast also launched two models priced at 990 million VND and 1.415 billion VND.

These are all preferential prices. As of September 1, 2019, Fadil's price will return to the price of "three no", equivalent to VND 465,000,000. This is a price that does not include depreciation costs, without financial costs and without interest, VinFast applies to all its electric cars and motorcycles in order to strongly support consumers.

"Initially, we targeted the domestic market, we found that the proportion of Vietnamese cars is still very low, only equivalent to 10% in Thailand, which will be the market with potential. Thailand in the next 5 years, "Thuy emphasized.

According to Young Intellectuals / Bloomberg