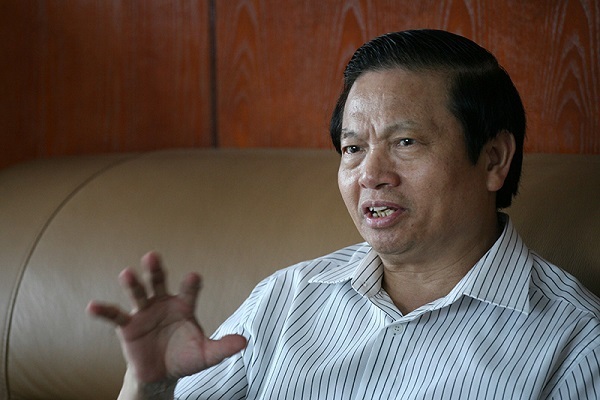 LTS: On the occasion of Vietnam's Revolutionary Press Day on June 21 and the article "Social Media for Political and Social Stability in Vietnam" by Comrade Vo Van Thuong, Head of the Central Propaganda Department, Vietnam Week Please, submit the article by Mr. Le Doan Hop, Minister of Information and Communications, Nguyen.

I very much appreciate the article "Social Media for Political and Social Stability in Vietnam" by Head of Central Propaganda and Education Nguyen Van Thuong.

The article correctly recognizes that the "ecosystem" of KOLs (Key Opinion Leader) socially formed, the influencers are "branded" people or ordinary people whose information and opinions point. has the attraction, influence, shared by netizens, spreading rapidly on a large scale. They are mainly active actors who contribute to a healthy life of information. But he also revealed that bad KOLs, influencers, disgruntled people, even violate the law, but know how to evoke bad emotions; abuse of power "keyboard", always looking for ways to navigate to the public; attacking companies to profit; threatening, hurting individuals and organizations …

We can not deny that the social network is growing not only in Vietnam, but also in the world. I recently learned that total online revenue in Vietnam reached $ 550 million by 2018 and is expected to reach $ 630 million by 2019. It is noteworthy that Google and Facebook revenues account for the majority of this revenue. Meanwhile, online revenue from news agencies dropped to 31 percent in 2018 and continued to drop to 29 percent in 2019, a very rapid decline compared to 81 percent in 2010. That's a big challenge for newspapers. country of origin.

There are many anti-malicious solutions in the world that we need to learn. I ready temporarily:

First, press management in the network environment, science and technology. What the major press does not follow, the social network will complement. newspapers so traditional to keep abreast of social life.

Second, the legal system should be more comprehensive, the law should create a legal framework to support good people and good information; but, on the contrary, they must also dissuade those who are not good, dealing with bad and poisonous messengers.

The third is to improve the intelligentsia of people to protect themselves in social networks. The search for information on the Internet should also be self-defense, different levels will have different perceptions, so raising the intellectual levels of people will be the best defense.

Fourth, every individual must have a sense of preventing and neutralizing evil in a reasonable way, having an irresistible love. We are not indifferent to social networks, but if we do not have a calm, intellectual and scientific way of dealing with social networking information, we can not repel bad information.

Unfortunately, many recent events, our newspapers are very slow. Many events are concerned about people from all over the country, but the news has been reported slowly for several days. This is not to be overcome before social networks.

Newspapers need to have multidimensional articles that are deeper than social networks. Press reviews and reviews is driven public opinion. When I was Minister of Information and Communications, I was more concerned about the lack of information and noise in the information. All cases of interference are caused by lack of information, information not provided or not provided on time. The press needs to have more persuasive, convincing, and compelling analyzes to help better target public opinion. Press the Internet era have high autonomy and greater creativity. We must take responsibility for your information.

In Vietnam, the media is the voice of the party and the people's forum. Second, do not press well. I remember, a senior Chinese leader closed several days to watch central television. He commented, more than 70% of the time is to report the way, orientations and events of partisan and state leaders, the amount of information about people is very little. He wanted to the contrary, as presenting the news, Party and state leaders need to sit in front of the TV to know what people say, what they want to do for the people. We need to have a balancing rate so that information fits the two directions for the people and for the Party.

Journalism has many advantages. Making newspapers should be very creative. Journalism is the fourth power, everyone said that. The journalists have a name, maybe, power, no work like that. True if the journalists knew against the negative mount better. Journalism is also a good profession, spreading rapidly, converging rapidly in the era of globalization.

Google's vice president said a very practical phrase: "Our career is just one thing to bring together all of human civilization, to classify it and bring it to the faster readers." Newspapers can enrich from the credibility of the newspaper, trust the readers. So, getting rich must have credibility. That's the brand of the newspaper, the trust of the editor-in-chief, the reporter, and the editor. Every journalist should become a brand and 17,000 journalists become 17,000 brands, which is enough to drive public opinion very well.

Newspapers are tools of the Party, and the state also needs the contributions of the state and support to the press. In my opinion, "exclude subsidies is to exclude those who need to be excluded to get money for how much to cover." So the press, publication or some gear to cover. You should consider reporters as media officers. In the world, the "bad" jobs for us are funded to be introduced in Vietnam very quickly, while in Vietnam there are many good works, but the authors are poor so they can not be brought to the public. We need to have a publishing fund to finance better works earlier for the public.

I once went to Australia and asked the Minister of Communications who was running the press. They said there is no state agency that manages the press, the people who manage the press. Journalists write well, write well, people buy; write wrong, people sue. State strictly punished.

I hope that journalists promote their advantages and have greater social responsibility; in the profession always imbued with 6 words: Honest, Objective and Good.

Former Minister of Information and Communications