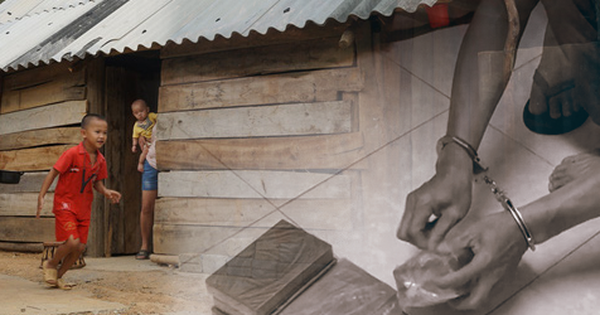 When we expect a verdict to be announced to the trafficker Van Kinh Duong and his accomplices on May 14, some of the youth are still on the Internet showing "worship," liking him as a mirror "dare to think he dares to do, people always claim noble, good …?!"

Even these "fans" are compared The great "conquest" on Van Kinh Duong's drug line is a "reconstruction of world history," comparable to the notorious Colombian drug magnate – Pablo Escobar. They said the drug mogul acted in a sense of conscience, not murder, just "good in commerce," but people forgot the horrors that the drugs caused to society were even more terrible than murder.

Drugs – white death comes slowly, leaving lasting consequences and dull pain. There was a village in the west of Nghe An that was "doomed" so when the swirl of drugs swept, leaving here unhappy lives.

It has rugged terrain of mountains and rivers, vast forests continue as far as Laos. Most of the residents here are ethnic minorities, the intellectual level and the economy are not high, life is difficult. 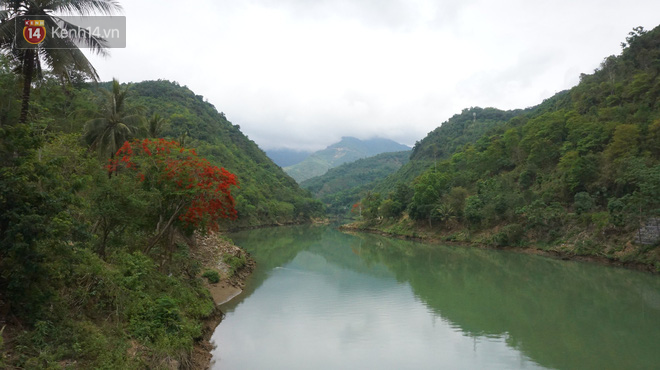 The valley is as beautiful as the picturesque, lush and peaceful, but hidden inside there are storms, ruins and pain that the whirlwind of drugs left for the village.

Taking advantage of this, the transnational drug tycoon draws the young people of the village into drug traps, manipulating them and manipulating them like puppets in the line of ghosts of trafficking and transportation. his drug. Gradually, peaceful villages in the depths of the ancient forest became addicted to drugs and markets.

The village was condemned

The village of Xop Mat (Luong Minh, Tuong Duong, Nghe An) of the 90s of the last century emerged as a drug capital of the entire region. The village is located at the back of the majestic Pu Lom strip, overlooking the Nam Non stream, with a small stream leading to Laos, and a unique road linking National Road 7 descending and moving away from the center of the district and commune. 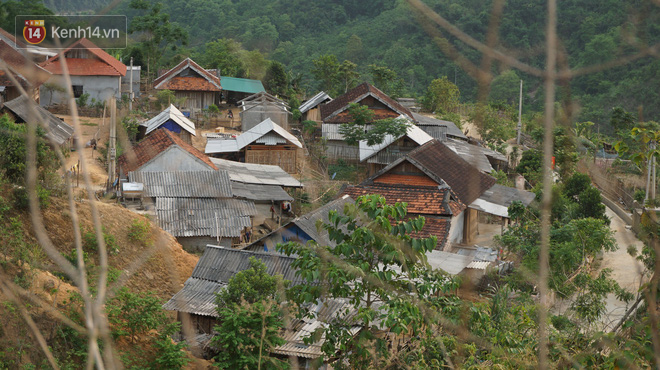 The village lies in the mountains and forests.

Here, people's lives are still difficult, limited knowledge, taking advantage of these factors, tycoons soon turned this place into an ideal place for drug collection and transfer. Drugs from the Golden Triangle, through Laos and arriving in Vietnam will be brought here before being ripped off for sale in the country or transported to other countries.

The young men and men in the newer versions fall into the vice of addiction, becoming "slaves" of the tycoons. The pay is very small, only a few tens of thousands to several hundred thousand to carry the whole kilo of drugs for tens of kilometers, but hungry for drugs, they still sell the net as a dose.

By 2012, after decades of drug destruction, this village was "saved." The government has decided to move the village near the center of the commune to isolate the single road linking Laos, isolating people from drugs.

According to information provided by the government, at peak times, the commune of Luong Minh has more than 250 identified addicts, most of them are poor, do not have money to use drugs, leading to transportation. "hire for tycoons. 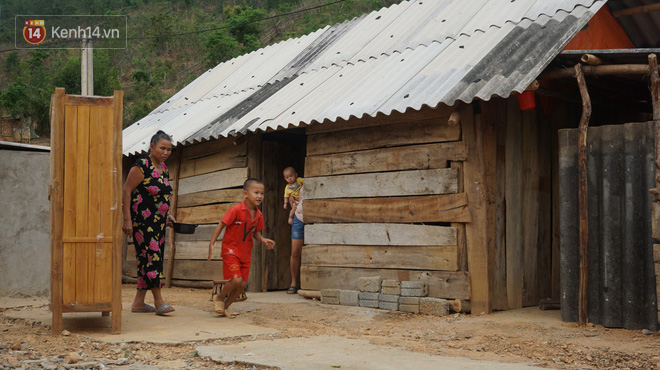 A temporary roof that was slightly taller than a human head was erected while the state supported it. Three generations appeared, but they did not see a man.

Currently, only the village Xop Mat has 13 people who are serving prison sentences, there are 3 people who have just finished their term in the locality. Many people have died due to drug seizures due to HIV, many families have broken their homes, many children and women become orphans and widows.

The woman is cooking rice, grilling small fish and picking vegetables for dinner. His family is one of the poorest families in the village, about to receive state support for a new home.

Although this year does not record any case where addicts are in the locality, but the remnants that the "white whirlpool" left here have sometimes been dubbed an orphaned and single version.

So far, the name of the drug capital still haunts this land that, as a commune official shared, "drug addicts still come from that reputation." As a result of the "white storm" as a verdict has been declared for this land, it is unknown whether it will expire.

Prison: "soft" sentences in which the prison is too much

Xop Mat village is located on a cliff, near the edge of the Nam Non River valley, the sun must rise through a new chain of mountains through the mist, illuminating the village. The afternoon sun also faded as the sun passed the other side of Pu Lom's peak, leaving the slow breathing of life under the ravine. 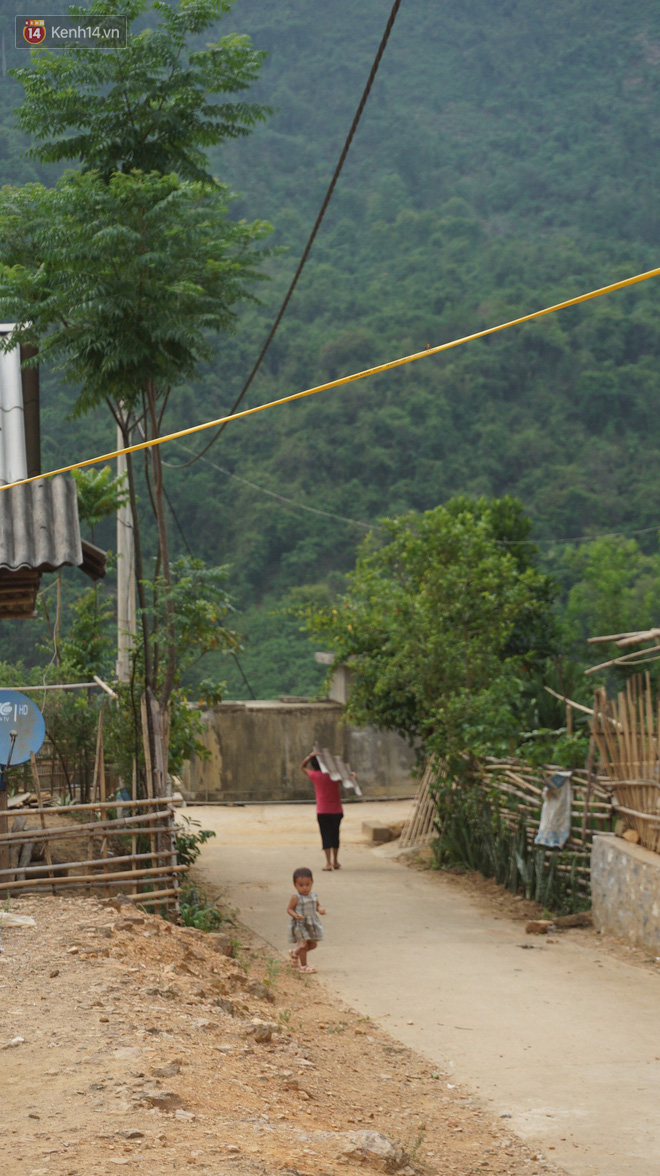 Under the peak of Pu Lom, the pace of life is slow, here, women have to do most of the work.

Sharing with Pv, the head of Lo Van Phe said that there are currently only 44 families, but it is not known how many scenes of life were broken because of drugs. Alongside the head of this village with 3 families, two families, both wife and husband, died of HIV infection, leaving 3 orphans to live with their grandparents and relatives. Another family, husband and wife, has had to go to jail because of drug trafficking, and her husband has already completed his term and his wife is still serving the sentence.

Currently, there are 13 people who must serve a prison sentence. Many people have completed their arrest in the locality, but they no longer have their homes and families separated. Some families, drug-dealing husbands were arrested, and their wives followed the husband's arrest, their children did not know where. There are families, husbands who died of drugs, their wives and children followed each other in the stone house because of the drugs. 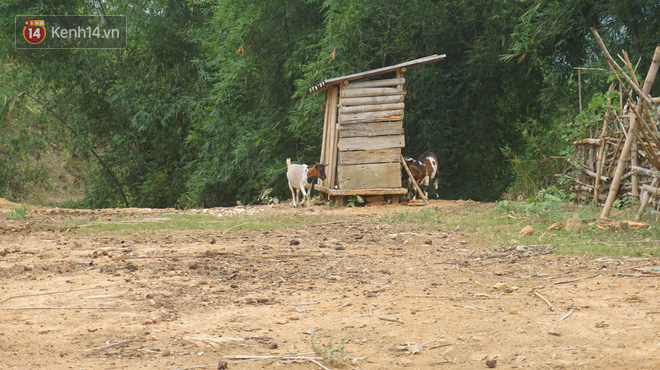 The villagers only live mainly on pastures of cows, pigs and goats, but dividing the head is not sufficient for each person.

The most disturbing thing about this village chief is that people go back to jail and reformulate a lot, some go to jail 3, 4 times. Those who have completed the sentence will go home without a job. The already poor village was ravaged by drugs, at the same time the entire village had only one family to escape poverty.

According to the instructions of the people, Pv. Find a house at the end of the village. Called home, but actually it is just a little more than a cabin, unable to protect the wind, is unable to cover the rain and the sun and has no furniture, but a bottle of drink and a pot of corn in 2 bricks to cook rice. 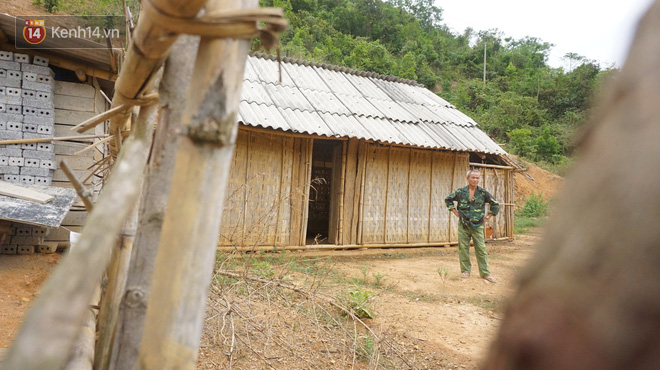 The house of a newcomer running a prison sentence back to the locality.

A naked man is lying on a bamboo bed without a rug in the house. In the house smelling of alcohol, the man introduced the name, saying that this year he was 58 years old, had just run his prison in the place.

"I bought drugs to use, there was a friend (addict) who was hungry for the medicine to get home, lay on the bed, so I gave him the medicine to use, just when the police came in and was arrested. 14 years in prison completed in 2017. 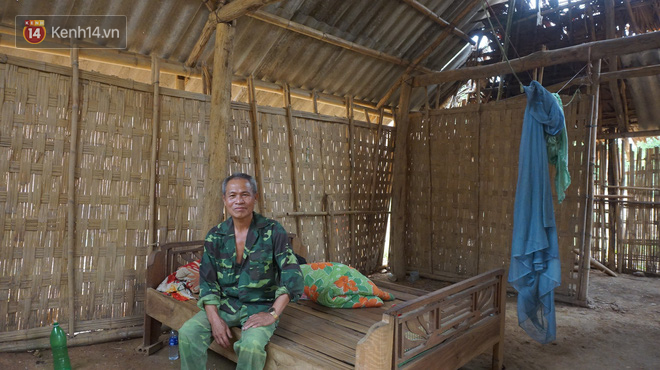 After serving a 14-year prison sentence, the man was unemployed and remained in an improvised home, the bed had no carpet, no valuable properties.

When I left, my wife and I left and, alone, the house was gone, I built this house. Now I goat to feed people, living on state subsidies, "the man shared.

Before PvP. On leaving the house, the man also firmly stated that "what I can do now, I will not do anything illegal." I hope these statements are true and unspoken while drunk, and I also hope those who complete the prison sentence think like this man.

The "sentence of life" was declared when not born

In this unhappy village, there are not lacking children who have no parents, parents who were arrested and whose parents died. There are more unhappy children, parents infected with HIV, born with a disease of the century, then parents die to give to society.

Unhappy children soon know their circumstances, although everyone here is good and sociable, but the lack of everything always appears in their eyes. In the same situation, these children soon come together to become intimate friends and support each other in life. 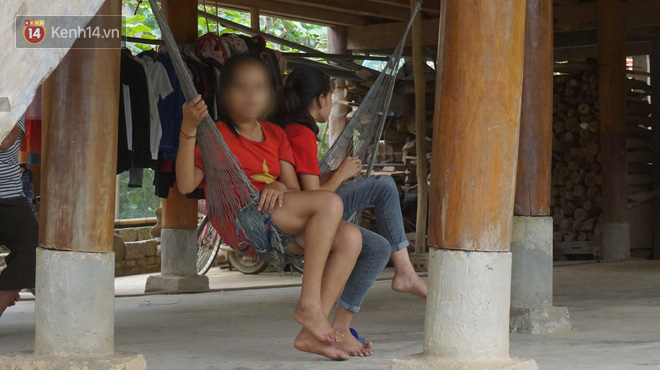 L.A., M.N and P.C. are three children with the same orphanage and their parents, the same age, soon became a group of close friends.

Referring to the unfortunate circumstances in the village, people talk a lot about P. .. The girl is 11 years old, her parents are all dead because of HIV. I have inherited nothing but the illness my parents left me when I was born. 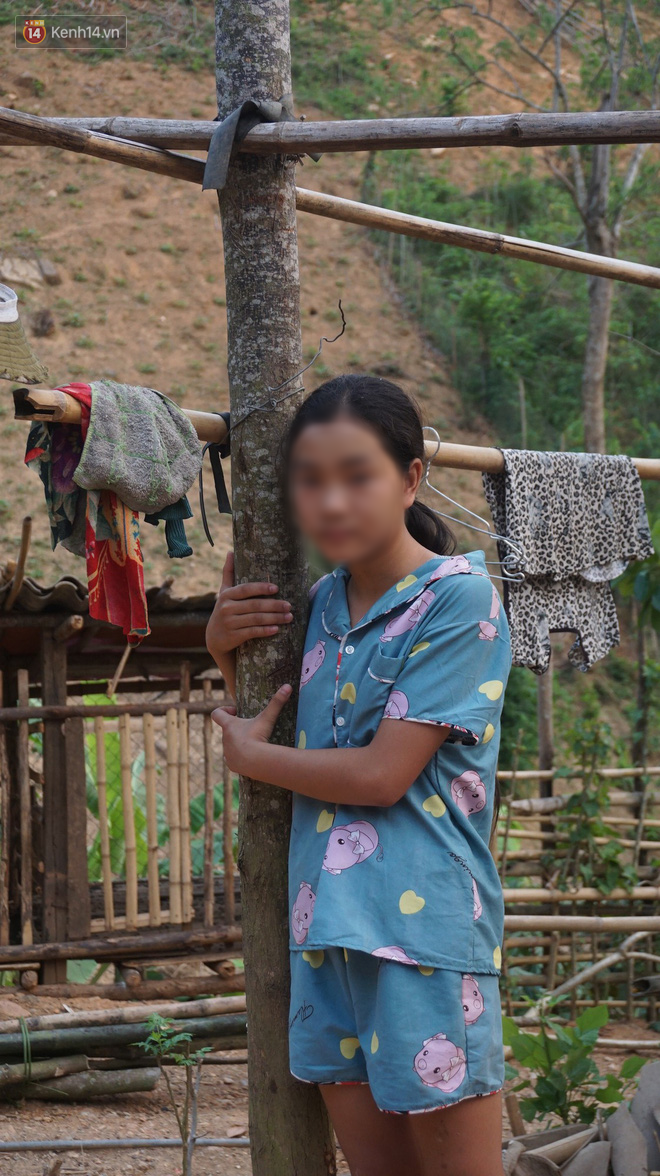 Very beautiful but P.T. a little slower than the peers.

Maybe the best of luck for this girl is possible.and Luong Thi Hong, former head of community health station, brought home. Although not bloody, Mrs. Hong still gave her two sisters P.T. eat well. Every month she still took more than 200km to the city to take medicine for me. For 8 years, I was raised and cared for by a woman in my hand despite having a disease that many people are afraid to address.

Because of the situation, children who were "condemned" in their infancy were a little shy, afraid to contact strangers. They were scared and ran away when someone asked. Q. This year was the 7th year, but when someone asked, I ran a circuit to escape. Asking, I know I'm afraid of being kidnapped by strangers, maybe he's obsessed with something. 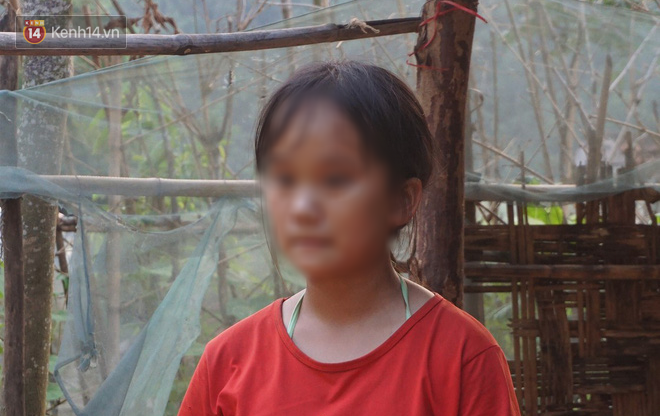 M.N. Also an orphan, because of lack of affection, my health is very weak, I can hardly do any work.

Parents died as a result of HIV, M.N. Come and live with my grandmother. During a ride on the suspended bridge, she fell into the river, from which her health weakened. Currently, my body is not developing normal and abnormally large head and abdomen when limbs are very weak. Grandmother M.N. I said I just gasped for a short walk, even though I was in the 7th grade, but it did not help my family with anything.

Quietly under this misty valley is a "condemned" village, sinful people have to be condemned and poor children have been "sentenced" since its inception. Clearing the joys left, sowing more mourning and sadness, never knowing this before.