The Department inspects the legal documents of the Ministry of Justice without any authority to make recommendations or conclusions about the prohibition of registration upon receipt of persons. 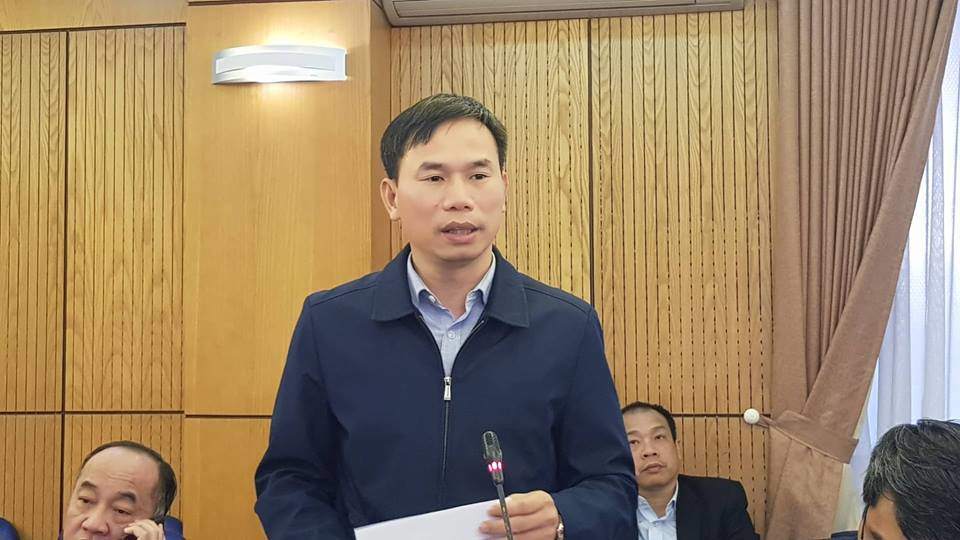 Mr. Dong Ngoc three – Department Director inspects legal documents of the Ministry of Justice to answer questions from reporters at the press conference

This morning (January 28), the Ministry of Justice held a press conference on judicial work in the fourth quarter of 2018.

At the press conference, Traffic Newspaper asked the representative of the Ministry of Justice: There have been many conflicting opinions recently about the ban on recording and recording on receiving people without the consent of Hanoi. According to the meeting with the relevant agencies, what conclusions were made by the Ministry of Justice about this regulation?

According to Ba, the regulations of ministers, heads of ministerial-level agencies and chairmen of people's committees, at all levels, are the implementation of regulations according to authority and responsibility for the reception of citizens. For example, the President of the Provincial People's Committee should enact internal regulations to receive citizens in the citizens' reception office, as stipulated in clause 6, article 12 of the Citizens Reception Act.

Mr Ba also reported after the review process, the general review showed that most agencies are now, and 62/63 localities issued internal rules to receive citizens, but only a few ministries and 28 localities issued Rules stipulate "not record or record without the consent of the officials to receive the citizens. "

According to Ba, this regulation has been implemented for many years, but recently, after the promulgation of Hanoi, public opinion is interested and there are many conflicting opinions.

In considering the content and authority, Mr. Ba stated that the President of Hanoi promulgated such regulation is under the authority of being assigned.

Regarding content, the director of the Examination Department of Legal Normative Documents said that the Citizenship and Citizenship Act has no specific regulations, nor does it prohibit citizens from filming, taking photos, recording … However, in law This clause, Clause 8, Article 6 strictly prohibits violations of other regulations in the rules and regulations on the reception of citizens. At the same time, the regulations on the obligations of persons at headquarters have stated that citizens must strictly follow the instructions at reception places.

"With regard to the Hanoi documents, there is no prohibition, but it is necessary that the citizens who are filming, taking photos and recording have to obtain the consent of the citizen's reception," Ba said more clearly and added the laws. Related also does not specify, limit the content of the regulations to receive citizens.

In particular, comparing with the legal regulations shows that the content of the internal rules to receive citizens at headquarters is not of the legal type stipulated in the Law on legal documents, but is issued according to administrative procedures. The content is only applied in the space, the scope is definitely in the citizens' seat, so it is not within the scope of the Law on legal documents.

Therefore, considering the legality, whether it is appropriate or not, it is primarily the responsibility of the agency that promulgates the rules, and is responsible for the Government Inspection – the agency designated by the Government to take charge of the work. reception of the citizen.

As for the Department to verify legal documents, it is assigned only to verify documents from ministries, provinces, within the legal scope stipulated in the Legal Documents Law … then the Department will see consider and judge the right and wrong documents.

According to Mr. Dong Ngoc Ba, the contents of the regulations did not belong to legal documents, but with the sense of responsibility of a state agency before the issue of concern of the people, the Department was to watch review

In addition, in the direct working session with authorities such as the Government Inspection, Hanoi City, the representative of the Ministry of Justice, leading experts in this specialty were invited to participate in the discussion, the Inspection Department. The legal document of the Ministry of Justice has directly recommended to the functional units the revision and revision of the process of implementation of this regulation, in order to have an adequate solution in terms of legality and reasonableness. , the rigor to ensure implementation.

The Government Inspectorate also needs to review and report to the Prime Minister appropriate solutions, such as ensuring the legitimate rights and interests of the people in the reception offices, as well as ensuring the solemnity and civilization in the citizen's reception room.

From the analysis mentioned above, Mr. Ba stated that the Department inspects legal documents without sufficient basis, authority to make recommendations and conclusions on this. The prohibition of recording and recording when receiving people is not allowed to create a professional, serious and preventative environment …