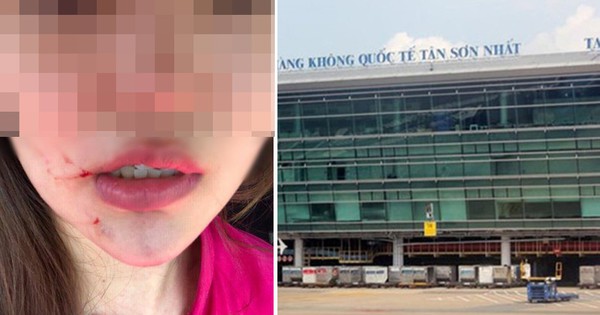 Information on the fight occurred in 4-11 between 2 hostesses of VASCO Aviation Service Company at Tan Son Nhat Airport.

At this time, after the completion of the flight OV8060 (Ca Mau – HCM), two receptionists of the company VASCO is N.T.V.A (host team) and DK.H conflict occurred.

During the process of transferring parking for the station, two flight attendants suddenly contradict themselves and rushed to attack each other as the station reached the domestic terminal, Tan Son Nhat Airport.

After that, the hostage DK.H made a complaint to the police station of the International Airport Tan Son Nhat with the contents that the host N.T.V.A committed the attack that made him have to go to health evaluation. Initial conclusion of the medical facility, flight attendant DK.H suffered software damage, panic spirit.

Also in the complaint, hostess H. said during the fight, the purse (within his property worth more than 10 million) in the car was lost. Hostess H. asks the police at the airport to investigate the incident.

Talk to the newspaper Worker On November 5, VASCO representatives confirmed the incident and said the two flight attendants are being asked to report the incident to address the matter. According to the original information, the fight was due to the personal attrition of two receptionists.

Aviation confusion affects flight safety when it occurs after the flight is over. During the process of handling the incident, these two flight attendants have not yet resumed work.

"Regarding the clerk to file a lawsuit by the police, the police will resolve and if requested to support the company, VASCO is willing to coordinate to completely resolve this unfortunate event" – confirmed the VASCO representative. .