All three were convicted on the charge of buying and selling illegal drugs.

According to the indictment, at 6 am on July 21, 2016, in the parking lot of Hoang Dieu Street, Vinh Nguyen Ward, Nha Trang, the Khanh Hoa Provincial Police discovered the ball by carrying a nylon bag containing a paper box. contains 500 tablets of blue triangles, a white bag of "stone" crystals.

Working at the police office, Cuc acknowledged that the above exposures were drugs bought by Cuc in Ho Chi Minh City under the direction of Linh and Nguyen Duc Nhut Son. 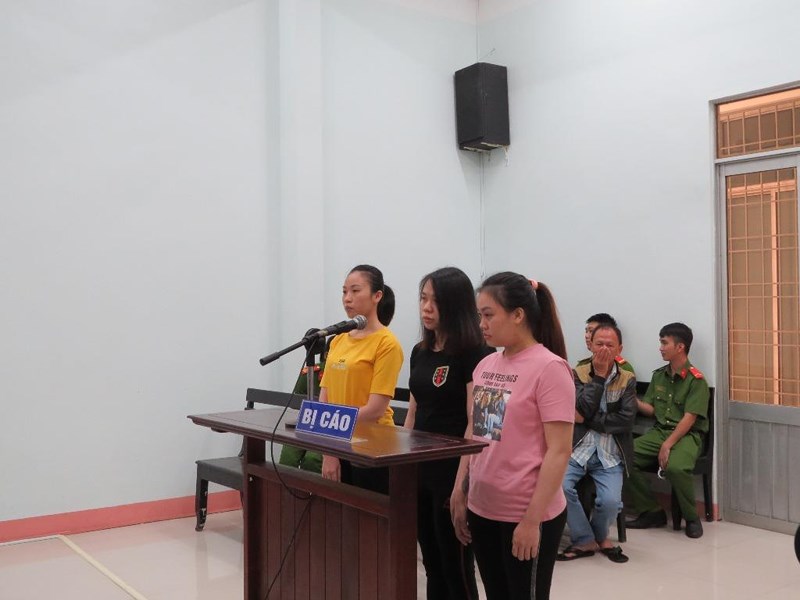 In the investigation agency, Linh admitted to Cuc to start buying and selling drugs in Nha Trang City from February 2017 through the introduction of Son …

To facilitate buying and selling, Linh invited Diem, staying at the inn to participate in the drug retail for Linh with a salary of 200,000 VND / day, when a phone is invited to buy, Linh and Cuc tell the local and give him Drugs for Diem to leave and bring money back to Linh. However, after that because of conflicts with Linh and Cuc, Diem did not sell drugs and did not stay with Linh and Cuc.

In order to make money, Diem offered Linh to resell the drug to Diem Diem to resell for profit, Linh agreed …

Since the beginning of June 2016, Sơn has lived as a husband and wife with Linh. At that time, Linh only contacted drug buyers from Ho Chi Minh City, Cuc took drugs and returned them to Son, so that Son could sell drugs in Nha Trang. Cuc was paid by Linh every month for 10 million VND to sell drugs.

Working at the CSĐT Cuc agency, Diem admitted his behavior. For Son, in the investigative agency, Son did not admit to having a drug trafficking relationship with Linh and Cuc. After working with the research agency, son left, currently not in the locality … Before heading the drug line, Oanh repeatedly arrested and participated in the drug trade with Minh "Crash".