Ms. Le Hoang Diep Thao shall terminate the seal on the signature of the unauthorized person of the Trung Nguyen Company.

Ms. Le Hoang Diep Thao must end the behavior on behalf of the Trung Nguyen Company to carry out work that is not under authority. 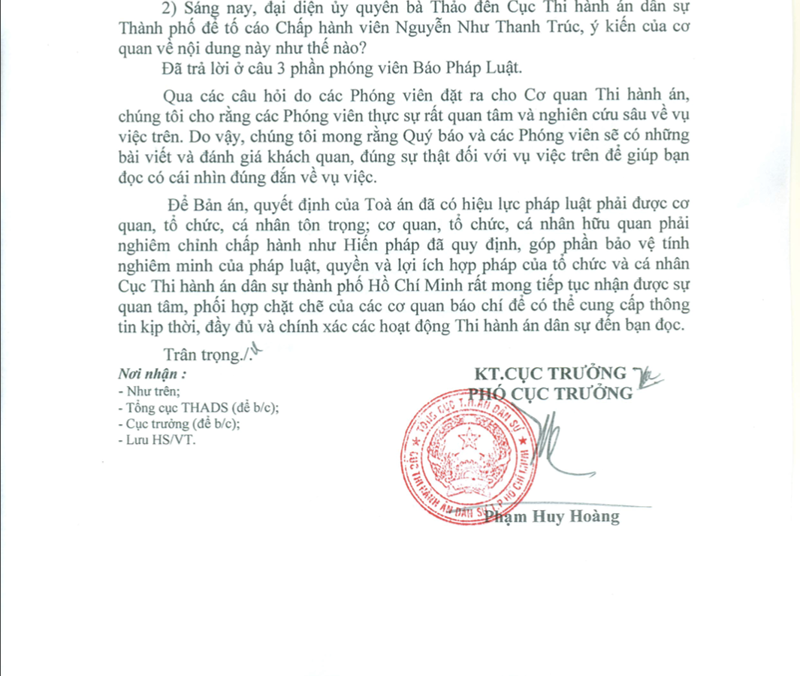 The HCMC Department said that in case Thao did not comply with the execution decision of the Executor, the Department of Civil Trial Enforcement was based on the provisions of Article 114, Article 116, Article 118, Article 119 of the THADS Act to continue to organize obey the law.

With regard to the complaint on 6 June 2016 of Thao's term of office, THADS's TP Department received the request and is considering and resolving it. Ms. Le Hoang Diep Thao filed a petition against the executors who violated the law and showed signs of abuse of power.