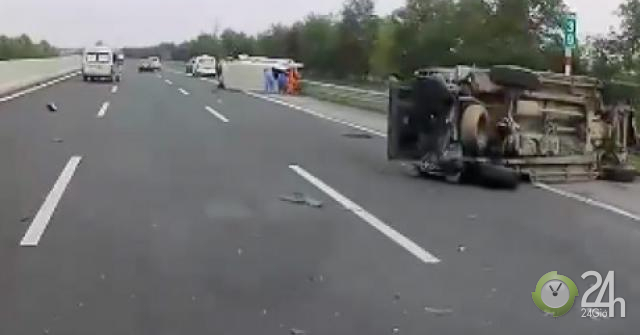 On the evening of 5 February, only one victim was injured in the accident between the Hoang Long bus and the truck on the Hanoi-Hai Phong highway. On February 6, authorities of Hai Duong reported that only one victim was injured in the accident between the passenger car Hoang Long and the high-speed truck in Hanoi – Hai Phong on the afternoon of February 4 (30 Tet) is being treated at Viet Tiep Friendship Hospital (Hai Phong), health is basically stable. 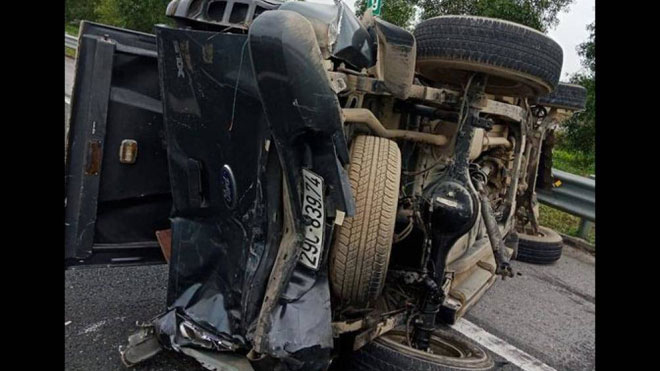 The truck was badly damaged after the incident

Prior to that, around 13:05 on February 4, at km 39 of the Hanoi-Hai Phong highway belonging to the Hoc Thai commune, Binh Giang district, Hai Duong province, there was a TNGT incident between Hoang Long 16 and Audit Board 15B-030.24, led by Mr. Hoang Truong Phu (born in 1974, resident of Cao Nhan, Thuy Nguyen, Hai Phong province) in the direction of Hanoi – Hai Phong and van CC 29C-839.74 by Vu Van Ket (SN 1983, resident in Quang Khai, Tu Ky district, Hai Duong province.

The collision caused injuries to all five passengers in Hoang Long's car, three of whom were hospitalized. According to information from the Hanoi – Hai Phong Expressway Board of Directors, from the camera on the registered route, at the time indicated above, the passenger car of the Supervisory Board 15B – 030.24 will be circulated on the Hanoi – Hai Phong motorway. from Hanoi to Hai Phong. When he moved to Km 39, there was a collision with the BKS 29C – 839.74 truck traveling in the same direction, passing from the expressway to the third lane.

The strong impact caused the fall of two cars in the emergency stop lane and the third lane. At the site, two cars were badly damaged, many debris spread all over the road.