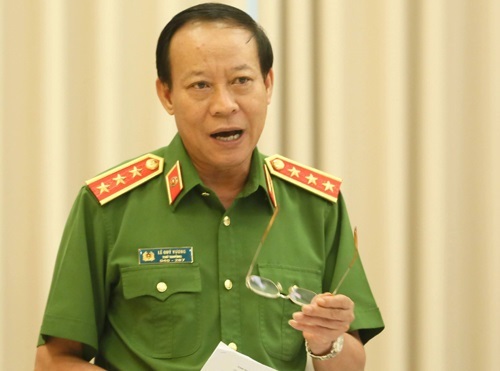 On the afternoon of April 4, Deputy Minister Le Quy Vuong said the Ministry of Public Security will list and analyze cases of child abuse, especially sexual harassment of children under 16 years. "Every house has kids, we have to make sure no one needs to worry," he said.

Given that the acts of rape of women and children need to be treated very strictly, General Vuong proposed increasing penalties in the Law on the Treatment of Administrative Violations to punish offenders. In particular, elevators need to install cameras.

In the opinion that the regulation of obscene behavior is not clear, the investigator had a difficult time, General Vuong said that "what is unclear should be corrected." If not, legal protection agencies should ask the Standing Committee of the National Assembly to give instructions. Vietnam participates in many UN conventions, is in the process of integration, so all laws must be revised to better protect human rights.

Recently, many cases of abuse of women and children have occurred, which has caused public pressure. On the evening of April 1, in the Galaxy 9 apartment lift (District 4, Ho Chi Minh), Mr. Nguyen Huu Linh (61, lawyer, former deputy director of Da Nang VKSND) was found hugging a girl from 5-6 years. Working with the police, Linh admitted that cute girls should "poke" without touching their bodies. However, Ho Chi Minh City police have determined that this man "acts to hug and harass a girl in an elevator."

In March, in Bac Giang, many students were "touched by their buttocks and thighs by their teachers". In Hanoi, a student was kissed by a man in an apartment lift, but the fine of the authorities was only VND 200,000.