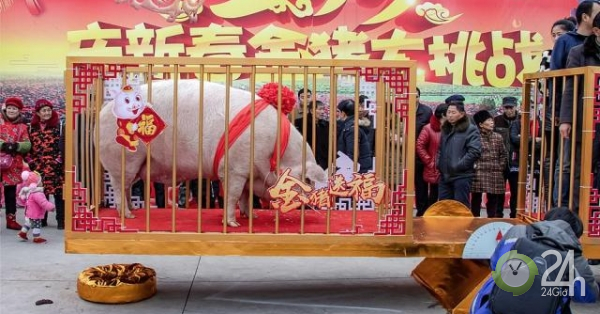 According to the Daily Mail, the pig won a contest in the city of Meichan, Sichuan Province, on the occasion of Ky Hoi's New Year in 2019.

The 9 year old "Pig King" belongs to a farm owned by the Yuan Baofeng Agricultural Corporation. This is the heaviest pig in Renshou district.

Keeper of "king pig" Liu said the pig is very easy to be angry and very bad. But it is still very healthy despite old age. A well-kept pig can live up to 15 years of age. 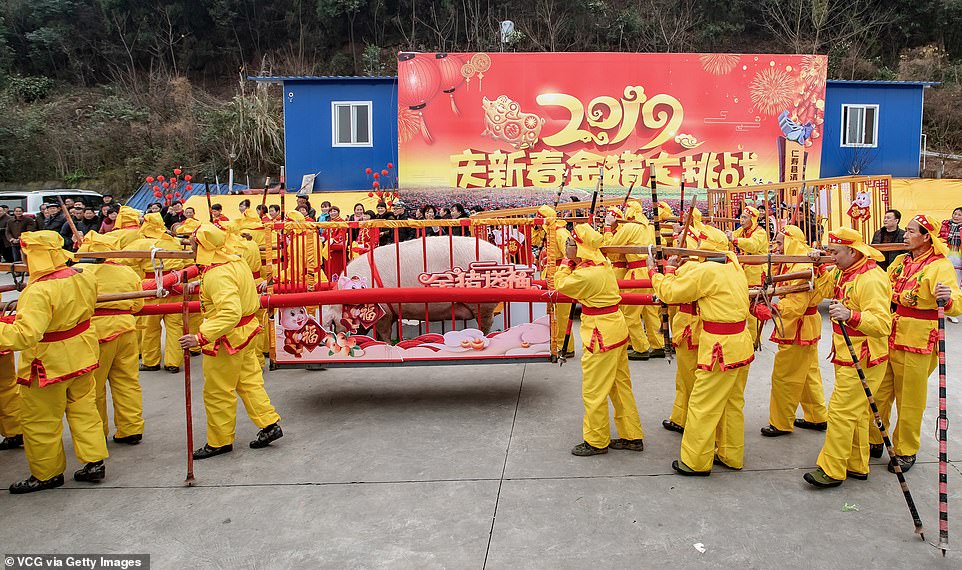 In 2010, the farm selected a group of pigs, including "king pig" to participate in the company test. These pigs are fed, raised comfortably and live until they die, so as not to be killed.

As a result, the "king pig" constantly increased in weight each year and never fell ill, Liu said. "Very rare is a healthy pig that is so big."

A normal pig weighs only about 140 kg. The "King Pig" should appear on the Chinese New Year agricultural program on Chinese Central Television (CCTV). 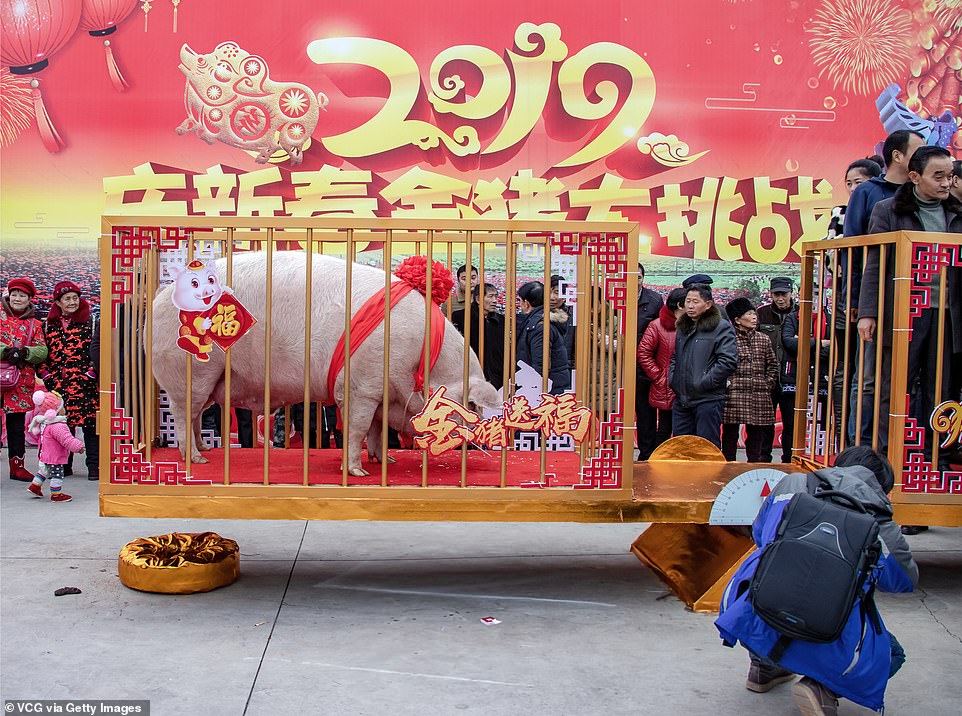 The "King of the Pigs" is not beaten, but is resurrected to the death.

The farm did not sell the giant "king pig" but only donated to scientific research once it died, said the company spokesman.

Sichuan is one of the largest pork breeding provinces in China. In 2016, the province killed 69 million pigs, particularly in the Renshou district, 1.3 million pigs in 2018. 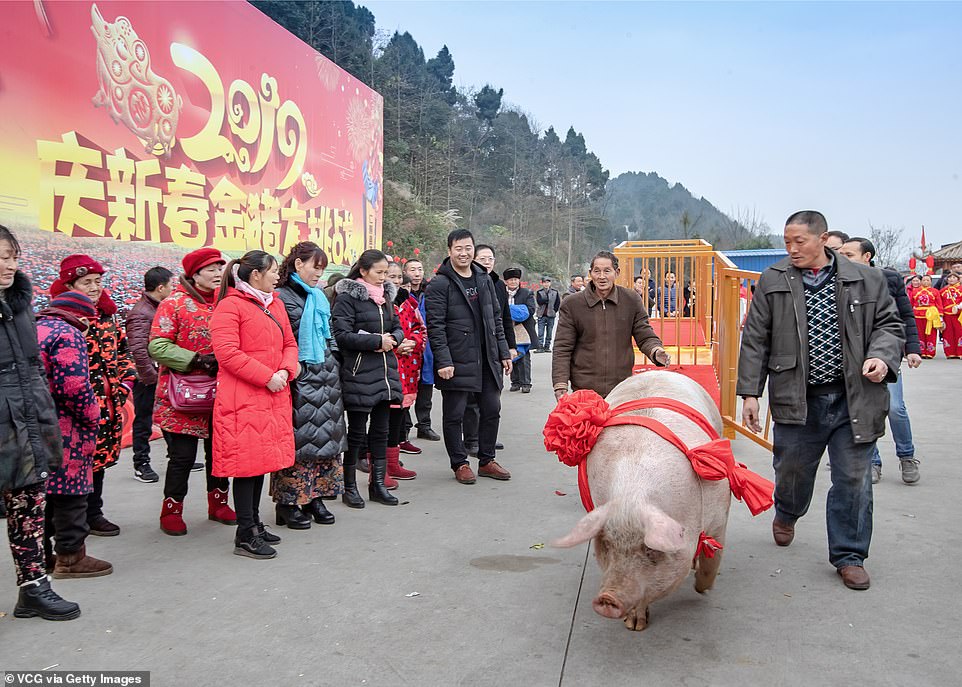 "King pig" is part of a special experimental program of the Chinese agricultural company.

The largest hog in the world was registered as "Big Bill" of Jackson, Tennessee, USA, weighing up to 1,156 kg. The nation's only pig became famous.