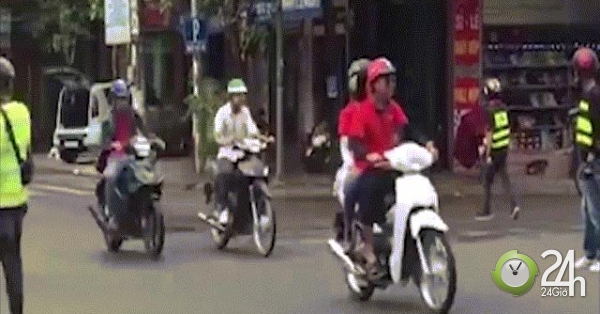 A clip from a group of "passersby" sent people to block the road at a crossroads for hundreds of members of the delegation to cross.

On November 26, a social network appeared, recording images of the group of motorcyclists traveling on the street at high speed, constantly clicking on horns. It is worth mentioning, in the crossroads area there are four young people wearing reflective clothes, wearing a helmet to stop the means at the two crossroads for the delegation to move quickly on the road as the priority vehicle. Even many vehicles crossed red lights.

Clips posted on the social network caused frustration for the viewer. Many people condemn the behavior of the group, not following the law of transit. On the afternoon of November 26, the police chief of the Vi Hoang ward. Nam Dinh said the incident occurred at 05:30 p.m. on Nov. 26 at the intersection of Le Hong Phong – Hung Vuong (Vi Hoang, Nam Dinh). At the time of the incident, the traffic police did not start working or changing shifts.

According to the leader, the blocking behavior for train transfers is not functional and competent. Authorities are currently verifying the identity of the youth group. In the case of identifying a group of young people who violate the law of transit, they will be treated in accordance with the provisions of the law. 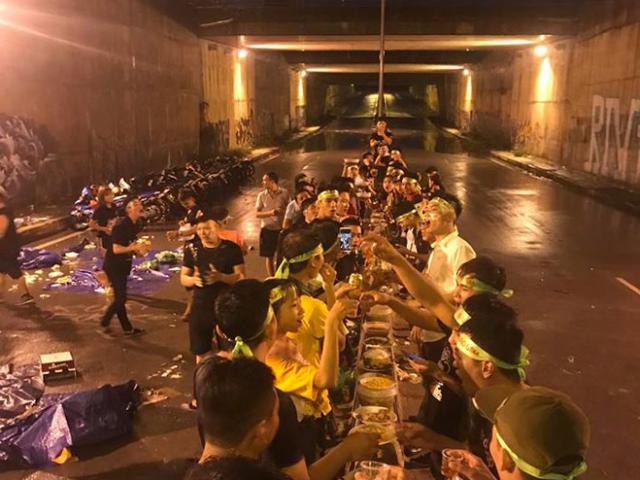 The photos of the group gathered under the underground tunnel to celebrate the feast, blessed each other, causing contradictory opinions.