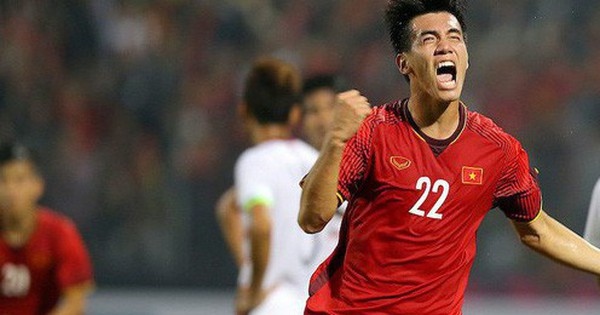 At 59, Park is not a young coach, but after only a year leading the Vietnam Tel, he has a very good relationship with bright young players. Looking at the selection of Vietnam to participate in the AFF 2018, there are 15 of the 23 names aged 23 or under. By comparison, Malaysia has only eight people under the age of 23, while Thailand has only three U23 players.

Only Laos and East Timor have more players than Vietnam, but the two are the weakest teams in the tournament, only as "paved." For Vietnam, especially the team is looking forward to the championship by such a young force.

AFF Cup Cup 2018 Vietnam campaign impressed with the harmonious combination of the experience of veteran players such as Nguyen Anh Duc, Que Ngoc Hai and the explosive performances of young players. Nguyen Quang Hai is progressing at each game. Cong Phuong and Xuan Truong play with potential. While on the defensive, Tran Dinh Trong and Do Duy Manh showed maturity before age.

Quang Hai – Hong Duy celebrated the goal of raising the score to 2-0 in Vietnam – Cambodia.

This confidence comes in part from Park Hang-seo's belief in the child. Even more impressive, the coach Hang-seo Park did not hesitate to continue to test the players did not play. Replacing Anh Duc in the win over Cambodia, young striker Tien Linh showed his full potential: playing well, good wall, ready to go back to connect with teammates. In the left wing, defender Nguyen Phong Hong, extremely explosive and contributed a tectonic road to Quang Hai scored.

This is the golden generation of Vietnamese football and they need to wait for the World Cup in the future, or closer to the 2020 Olympics. In fact, Vietnam has appointed a great coach willing to give Youngsters, helping them to fulfill the right potential and which are more suitable for the foundation and the factors available.

According to Hoang Anh