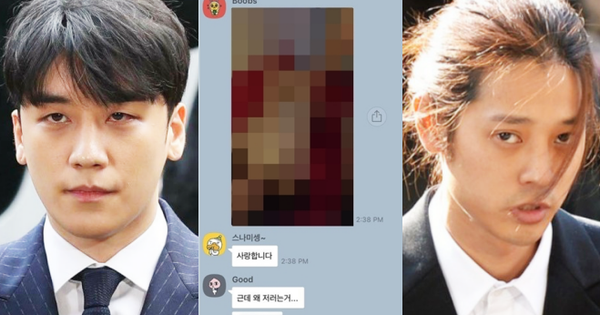 Recently, Media Today has released a series of shocking chain of scandal Seungri Burning Sun, where the corresponding Korean 60-member group is involved in an anonymous anonymous room The name "literary group celebrates 30 years of the death of poet Ki Hyung Do". This chat room was discovered in the Information Room chatroom, where Korean reporters gathered to share information with each other. In the "Information Room", the team leader is called "Unknown / diaries" and in the "Memorial Literature Group" this person is also called "Unknown".

This is where the reporter is Talk about difficult topics in a comfortable way, easier to understand than discussing topics and jokes about sex. The conversation does not end here, but it crossed the legal limit. In many conversations, the reporter asked to share illegal videos or introduce brothels to each other. It is worth mentioning, all Korean reporters asked to share rape clips, photos of female victims wearing underwear in Jung Joon Young, Seungri's case. 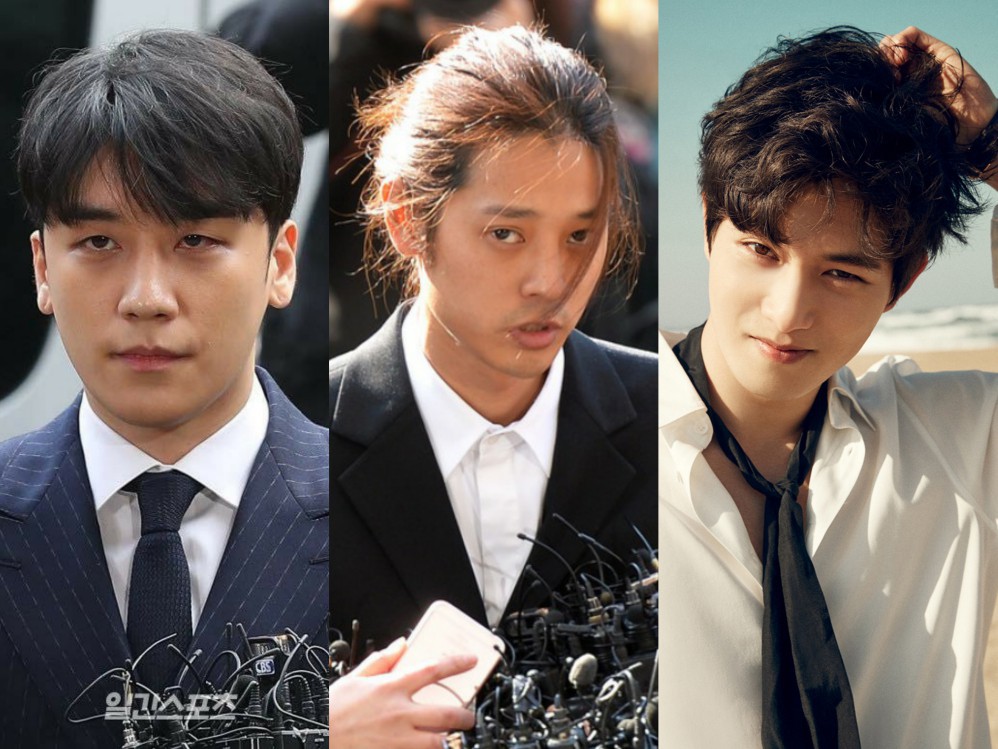 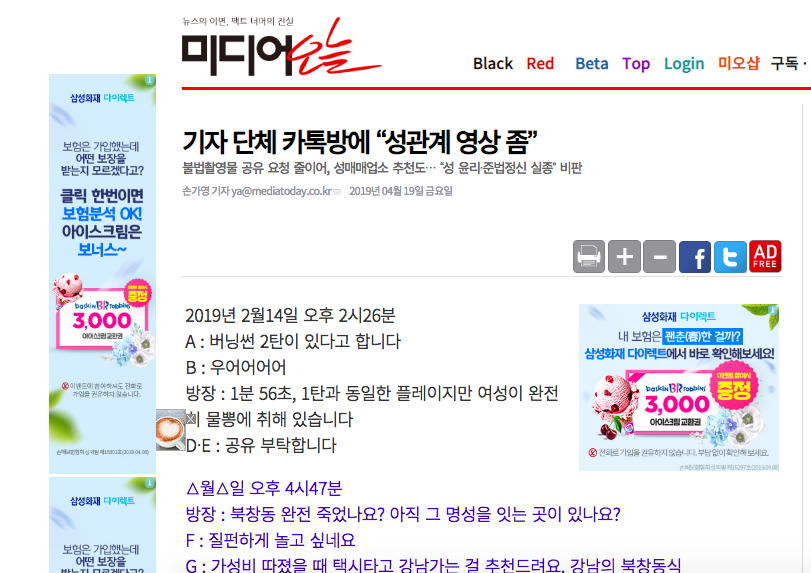 The conversation among Korean reporters about the sharing of sensitive clips, featuring brothels as follows:

A: I heard there was the Burning Sun, part 2.

Team leader: 1 minute 56 seconds, with the script for part 1, but the woman gets drunk.

Team leader: Bukchangdong collapsed already? Any place not so famous?

F: I want to play for real.

G: Speaking of prices, I advise you to take a taxi to Gangnam. This is like Bukchangdong of Gangnam.

Head of department: Can you introduce me to a store and a person? Tomorrow 3 people. 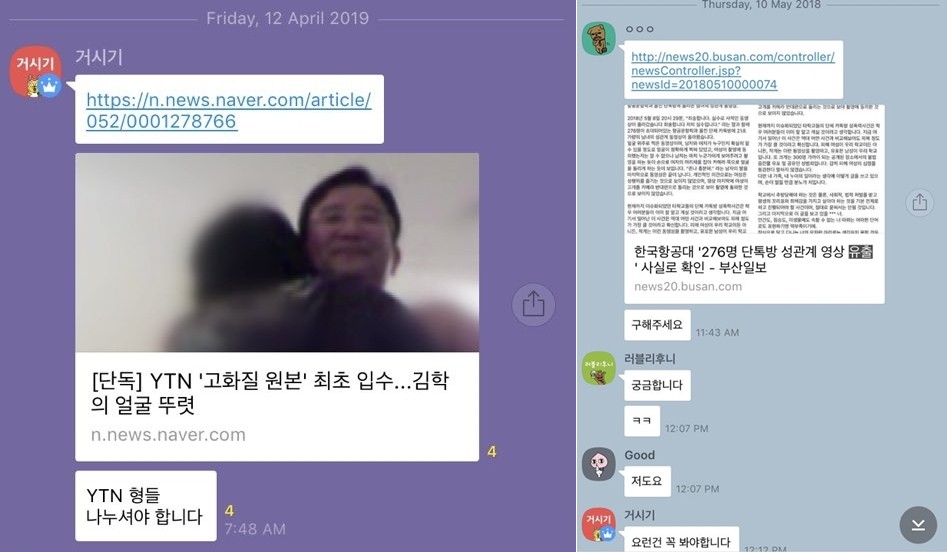 When there is an illegal video article, members of this chat room need to share clips to each other

After the conversation, requesting the share of Burning Sun part 2 (left photo) is a message sharing a sensitive video (middle image). Pictures of singer Jung Joon Young and women in lingerie are also shared (on the right).

According to evidence recovered from the conversations in this chat room, the 60 members also shared pictures of the victims of Digital Sex Offense Out (DSO). People were filmed illegally.

When Yang Ye Won's sexual abuse case was announced, the member mentioned the real name of the other victim and said, "I'm curious about who launched" I am like, "" I kneel " , "Do you know the stage name?" In fact, the reporters also shared a link to the site where Mrs. Yang's photos were posted. 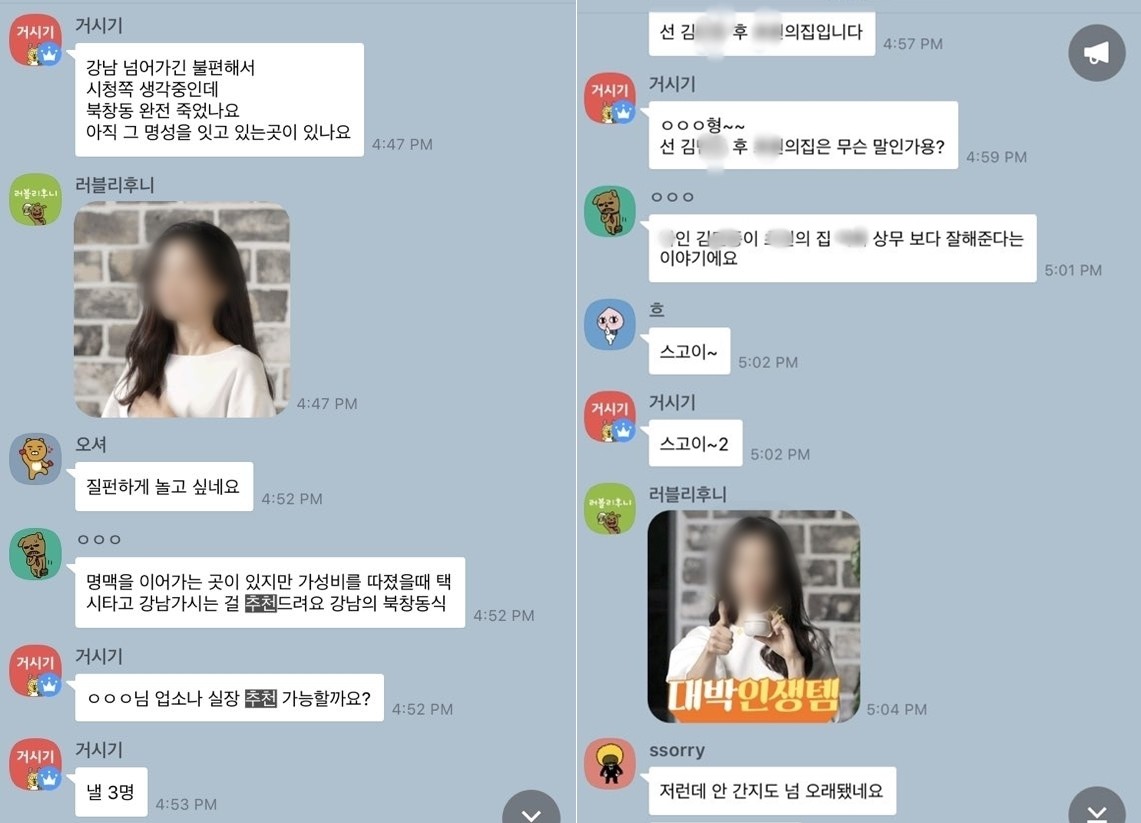 When illegal filming occurs, they send a message to share videos for information. High-definition videos related to former Justice Minister Kim Hak Soo reported on the 12th are the latest. The leader posted the article and said, "The YTN brothers should share." In October last year, members commented a lot about the illegal sexual images leaked by Korean Aviation University students: "I'm curious," "Those are the biggest I want to see." They also shared pictures of women in underwear in case they take a look at Jung Joon Young's clip and in case a singer is arrested for filming illegally.

Through the conversation, it can be seen that the members of this chat group have a non-serious attitude, even a joke when talking about shocking sex cases. For example, when the Burning Sun nightclub just leaked a sex video, members commented, "The woman is drunk" and "Please share the clip" … Right after the conversation. , one person shared a scene of a naked woman and received a "I love you" response from other members. When the image of the sexual harassment victim of the Hanssem furniture company was shared, they also did not hesitate to make observations of sexual harassment as "Worth it." 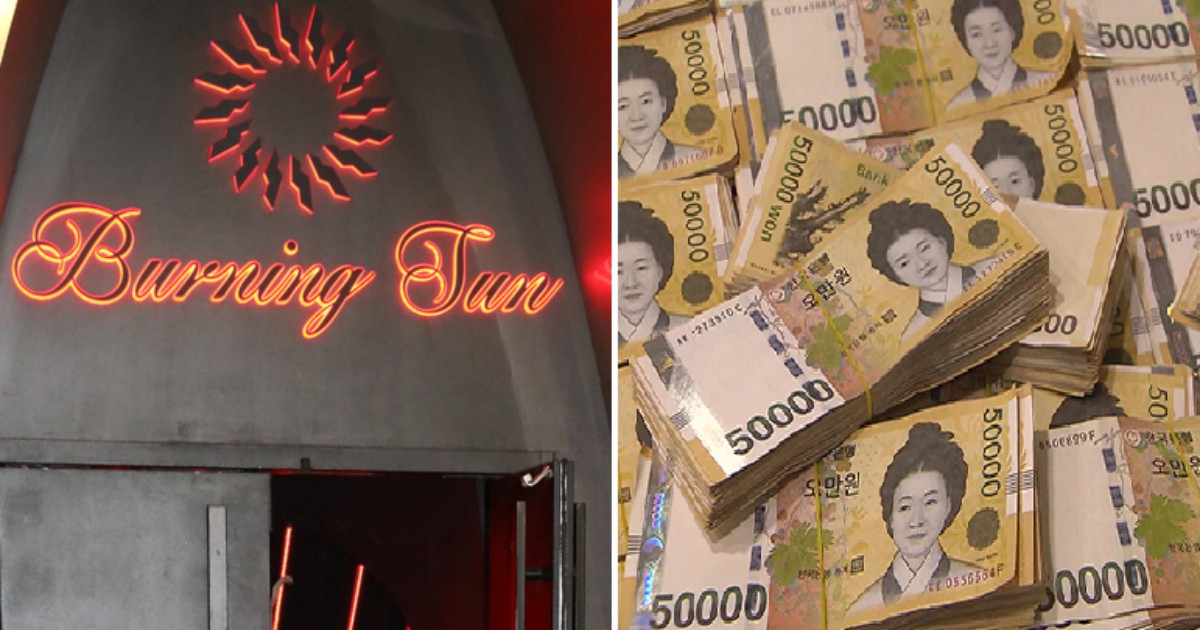 This information is currently making public opinion extremely confusing. Police and authorities have yet to respond to this incident. However, many of Seungri's fans rushed to criticize Korean reporters and defended this singer with Jung Joon Young, members of chat rooms.

In fact, Seungri admitted that spreading the image of the illegal depravity, Jung Joon Young, Choi Jong Hoon admitted entering a series of sex scenes with female victims. Anyone who is guilty will be subject to appropriate punishment if convicted. It is not uncommon for Internet users to be awake and criticize the crazy fans of suspects in the Burning Sun sex scandal because of the attitude of equating two things and blindly defending the idols.