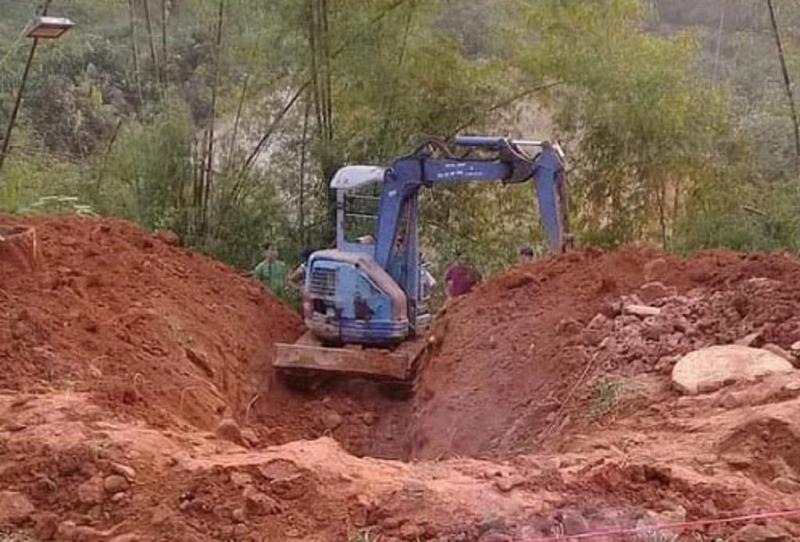 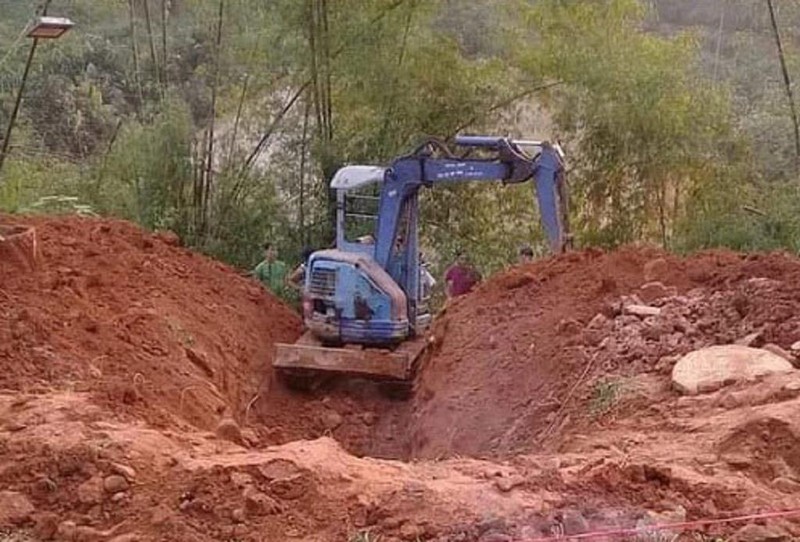 Excavators are mobilized to dig wells, find the body of the victim. Photo: Facebook

At present, H. has been transferred to the detention center of the Yen Bai Provincial Police. H. is also the husband of PTH (30 years old, victim).

According to the district police chief of Tran Yen, in the investigation agency, H. initially admitted that he was a suspect of murdering his wife and then went to the well.

Before that, the social network stirred up the story of the woman who was suspected of murdering her husband and went to the well and buried him for months.

Specifically, after several months without receiving news of her daughter, PTH's mother called to ask if her son-in-law would answer where his wife was. Crouching down with bad things, Ms. H. took the bus from Lai Chau to Yen Bai to find his son.

After searching for many days without seeing him, Mrs. H.'s family reported to local authorities about her missing son.

On April 19, people suspected that a well in the burial area had many unusual points. When the government arrived and let the excavator dig, it was discovered that a woman's body was wrapped in a blanket under the well.

It is known that Ms. H. is from Lai Chau Province and, after marrying, she lives in her husband's house in the commune of Hung Thinh.