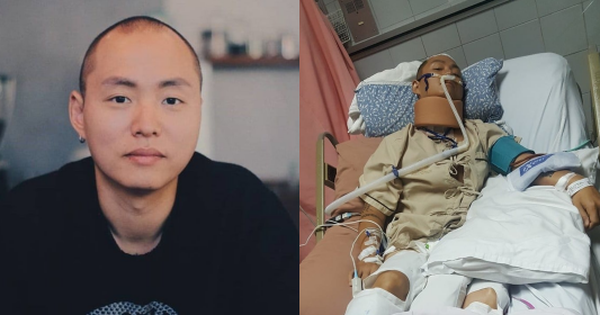 The news that KK rapper "Show Me The Money" season 6 is stuck in Thailand because of a very serious accident and could not return to the country is causing a stir in forums in Korea. The male rapper was so desperate that he had to share his story on Instagram to save the online community.

On April 4, rapper KK posted photos of his crash on Instagram. He had a broken neck when he plunged into a pool, bleeding heavily and resulting in paralysis. Currently male rappers are hospitalized in Chiangmai, Thailand, in the intensive care unit.

KK rapper explained that he was waiting for his lungs to be restored so he could get back on the plane back home. However, he admitted that the bill at the foreign hospital was being cornered in a large amount of money in addition to its affordability. 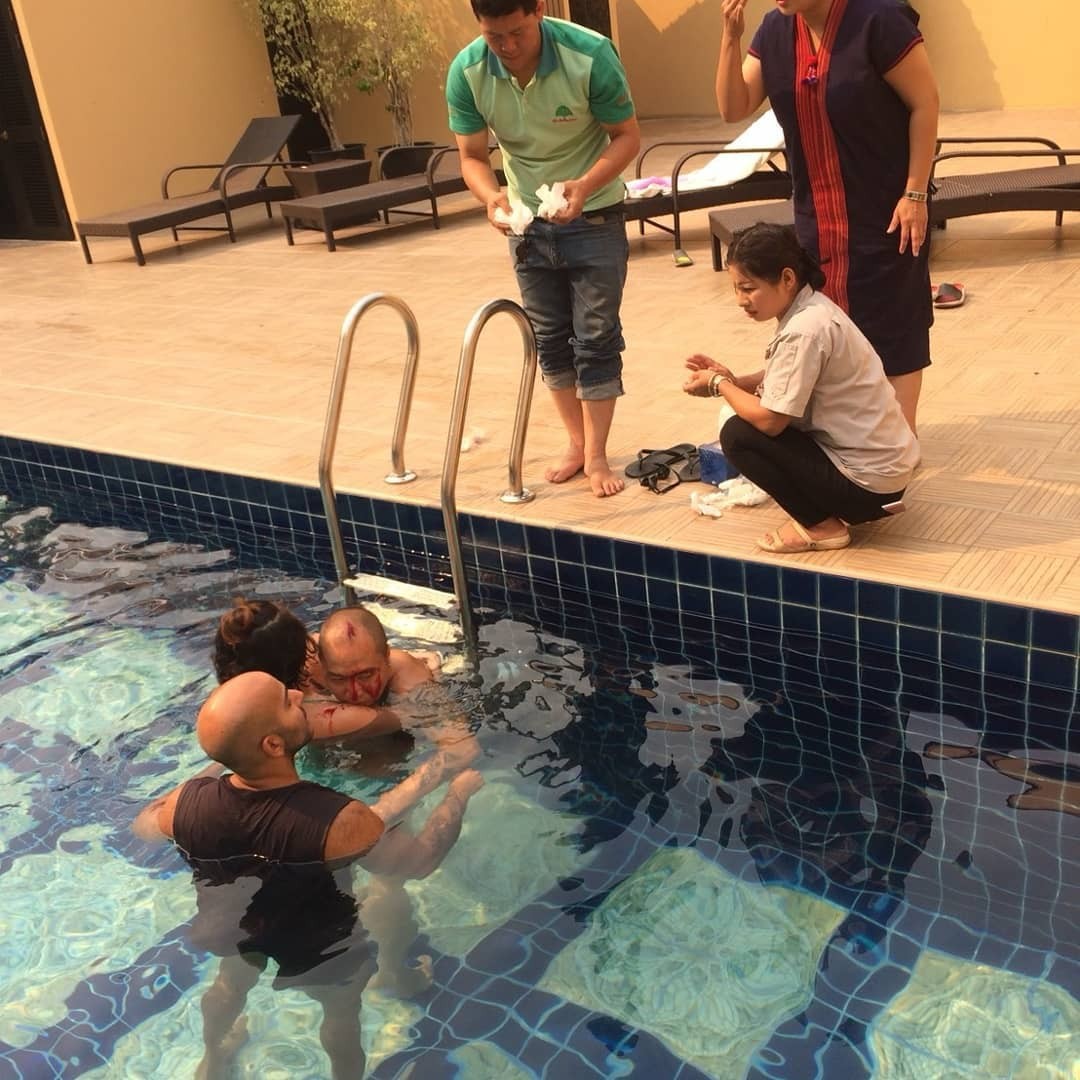 Images of rapper KK in a pool accident. 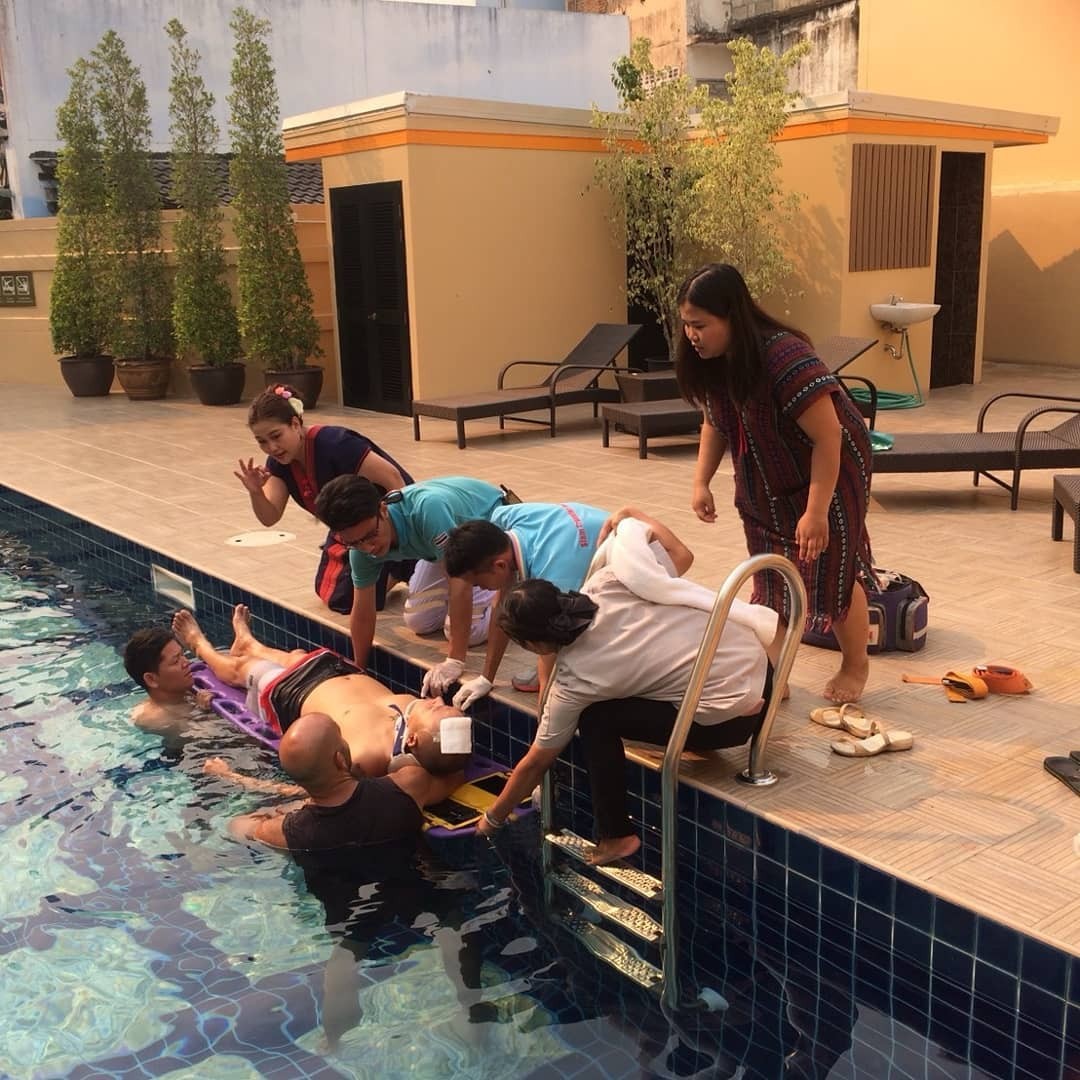 The male rapper had a broken neck and was paralyzed after the accident.

The rapper KK said: "A few days ago, I suffered a serious accident, suffered a fifth and sixth neck fracture when I dived under the pool in a motel. Chiangmai is a war for me.

The only thing I can do now is to wait until my lungs can withstand the airborne process. My family and I were helpless because the medical bill for this place was very expensive. The 10-day hospital bill, surgery costs and medicines exceeded 60 million won (more than 1.2 billion VND). I have to return to Korea as soon as possible so that I can continue my treatment, but the transport that takes me to Korea costs 10 million won (more than 200 million dong).

The male rapper was hospitalized at the Chiangmai Hospital intensive care unit, spending more than 1 billion in just 10 days.

It's because of the current situation that rapper KK decided to post on the MXH to ask for everyone's help. He said he would return the fans soon after being treated and apologize and thank those who are reading your post.

"I feel like I have to do something, so I have to endure the embarrassment of posting this article. First and last time, I ask everyone to help. I'll go back home as soon as possible and appear in front of everyone again in better condition after I recover. I apologize and thank you "- KK rapper shared. 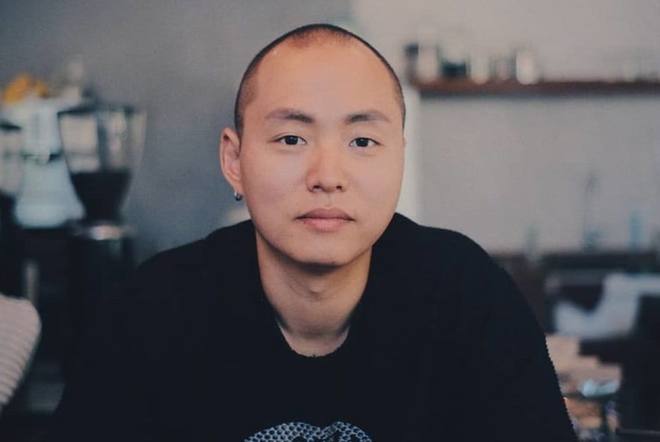 After reading this rapper's phone call, many fans and the online community have sent their encouragement and hope that he will soon recover and call people to help KK during this difficult time.

– "Although it is only a little, but I hope to help you. Please continue to fight this difficult war"

– "I hope you recover quickly. You can do this, let's get through it!"