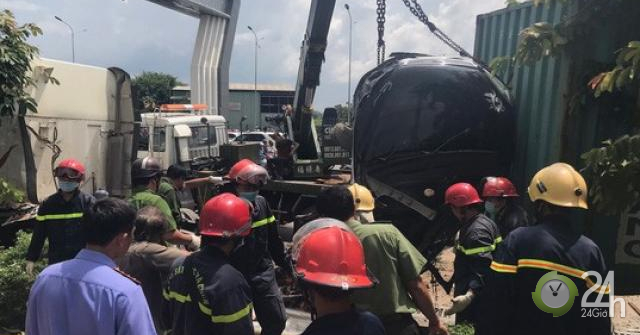 Container truckers are prosecuted, temporarily detained for 4 months to investigate acts of "Violation of regulations on the control of means of road traffic".

In the afternoon of June 20, news from the Tay Ninh Provincial People's Committee said that the Trang Bang CSDT District Police Department had just taken a decision to prosecute the case, sued the defendant and arrested a 4-month detention by Tran Dinh Trung (35 years old). Binh Dinh) to investigate acts of "violation of regulations on the control of road vehicles".

The driver of Trung is the person who controlled the container truck in a 4-seater car on Highway 22 (through Tay Ninh province), causing 5 deaths the morning of June 14. 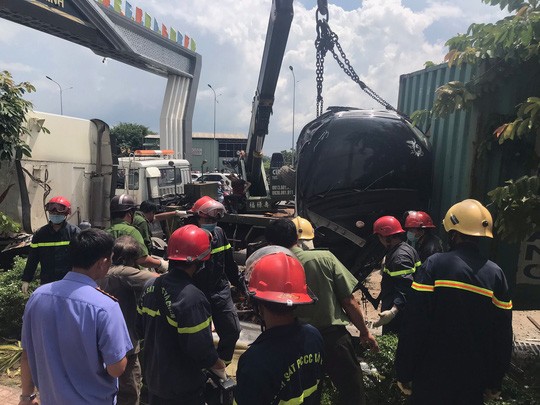 According to the initial verification, at 3:00 p.m on June 14, Tran Dinh Trung (35-year-old from Binh Dinh province) controlled the BKS 51C-94780 tractor truck to pull the Inspection Committee trailer 51R-32349 from the port of Cat Lai (District 2, HCMC) supplies goods to Cambodia.

In about 6:15 minutes the same day, when arriving in the Suoi Sau area, An Tinh community, Trang Bang district, Tay Ninh province, the tractor pulled in a collision with a car by Mr. Nguyen Van Diep (70 years, resident in Tay Ninh). ) controls the transportation of 4 people in a family.

The container truck took Mr. Diep's car for a long time, killing Diep and four people in the car.

Through the initial investigation, the cause of the accident was caused by the driver of the tractor truck who drove the car to invade the car. At the police station, the driver of the container truck stated the reason why the driver lost the driver ran to the opposite lane of the four car …