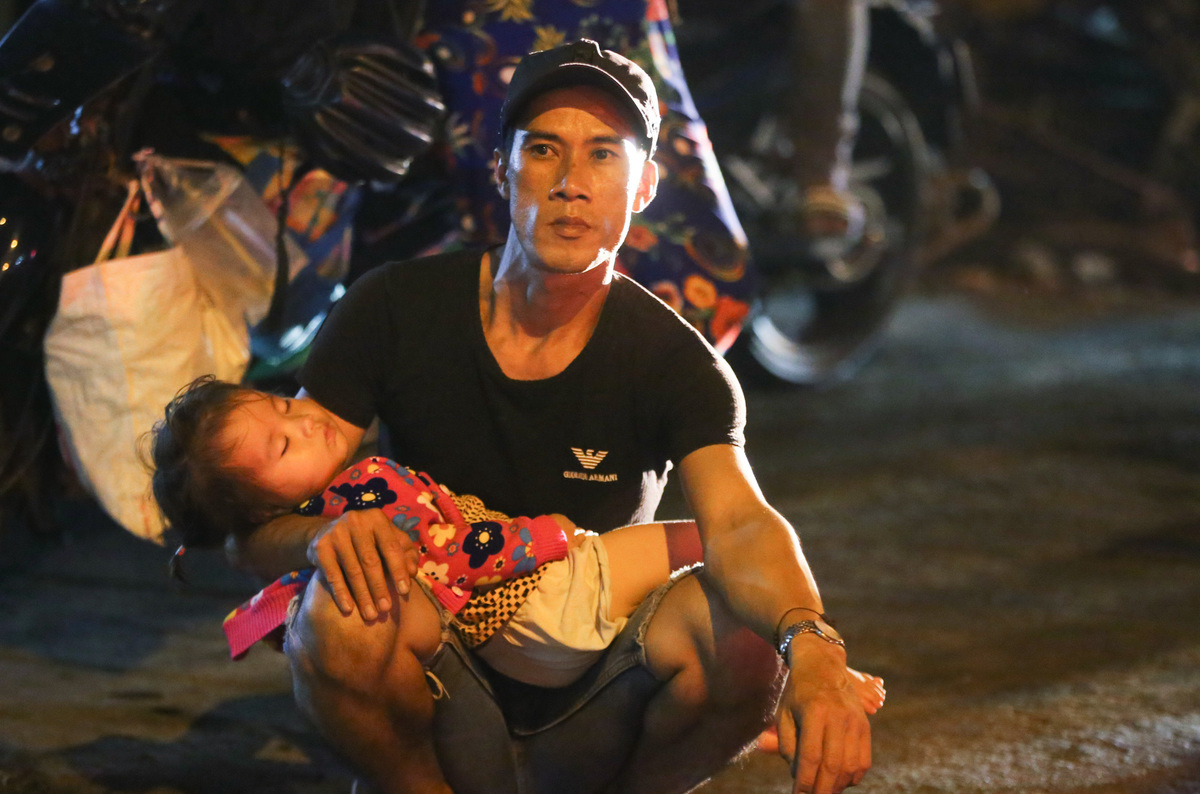 Going to Ho Chi Minh City early, but still in the middle of the night, traffic was still blocked, many Westerners stopped temporarily on the sidewalk, waiting for the road to open.

From the afternoon of May 1, the last day of the holiday season, people in the western provinces of ùn ùn returned to Sài Gòn to work, causing the National Highway 1A to be congested in several sections until dark.

At 9:00 p.m., in Long An Province – the western door of Ho Chi Minh City, the motorcycles, the little cars on National Highway 1A, the Ben Luc Bridge to the Binh Dien Bridge.

The light rain made the slippery roads make the journey of the western people to Saigon more fatigued.

Young children follow their tired parents on the motorcycle on the difficult journey back to the living city. Many babies receive water from their parents and are fed on the street.

From night to night, many people passing by the national highway 1A should stop on the temporary sidewalk. "I got a motorcycle from Soc Trang in the morning, thinking of going to Saigon in the afternoon. The passage that goes through Long An is the most terrible, and the sun is stifling, so I'm very restless," said Y Nhi, workers).

Mr. Nguyen Van Thanh (Vinh Long) carries his 18-month-old daughter sleeping in his arms. "I can hardly stand looking and looking at my son when I'm so sad. My husband and I have no choice but to stop the sidewalk so I sleep for a few hours and then start going," Mr. Thanh was bored.

At 9 pm, the family of Phuong Duy (Hau Giang) rushed to the side to eat cake and drink water. "In the afternoon, the whole family had a light meal, and then we had dinner at 8:00, but the car was still not going to Saigon, so we had to eat to have the strength to" drag "to the inn," said Duy.

Taking advantage of the crane machine to stay on the sidewalk, he lined his pillow to rest for more than half an hour and then headed for the car.

At 10 pm the road to Ho Chi Minh City was only 29 km, but it was still a difficult journey for people in the western provinces.

In the Cat Lai Ferry Area – Gateway East Saigon, Overnight, cars on the coast of Nhon Trach (Dong Nai) lined up waiting for the ferry to Ho Chi Minh city to prepare to return to work tomorrow.

The weather was warm, the smoke was stifling … making everyone's face look tired. Very slowly, the little girl leaned her back against the back of the trunk as the family car moved slowly forward.

Around 9:00 pm, traffic congestion on the Cat Lai ferry is dwindling.

"Today there are 7 ferries running continuously to meet the people of the provinces back to the city of Ho Chi Minh. It is estimated that there are about 90,000 vehicles per ferry all day," Tuan said. 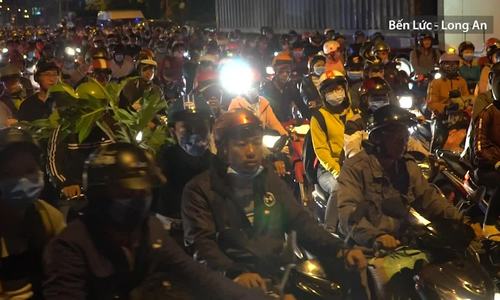 The western portal of Saigon is under arrest. Video: Quoc Doan – Quynh Tran.