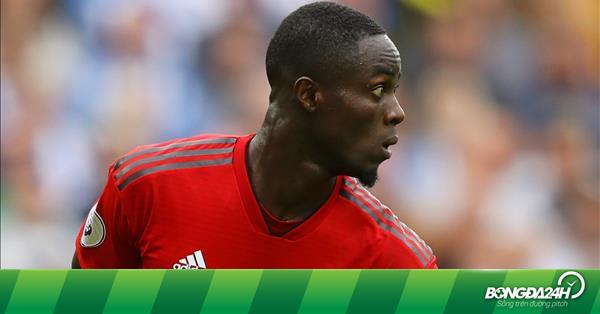 Eric Bailly was not featured by Mourinho

At the end of last season, Eric Bailly was not used by Mourinho regularly. The substitute of the Ivory Coast, Chris Smalling and Victor Lindelof. Mourinho insists he gives priority to players likely to attend the 2018 World Cup and Bailly must accept sacrifices.

At the start of the season, Bailly was brought back by Mourinho to the starting lineup. However, the 24-year-old has not proven his good form. In the match against Newcastle, Bailly made two fatal errors that led M.U to lead the opponent 2-0 in just 10 minutes. Mourinho was very angry, he decided to withdraw the player born in 1994 in the 19th minute played.

In the last M.U matches, Bailly is no longer the main kick. Even in the two games against Everton and Bournemouth, Côte d'Ivoire is not on the roster, at the moment Chris Smalling and Victor Lindelof are the central defenders of the Reds.

Bailly is depressed when Mourinho leaves the team, thinking about leaving to confirm his skill. The 24-year contract with M.U has been contracted for the summer of 2020, but there is no sign that Red Man will renew his contract with Bailly.

Mourinho is keen to buy a new central defender in January, the Portuguese are ready to pressure Bailly to prepare for Milan Skriniar (Inter Milan) or Toby Alderweireld (Tottenham). There are several teams that want to have a star born in 1994.

Tottenham is interested in BaillyThey accepted up to 40 million pounds for the deal. Milan and Arsenal are also targeting the M.U star to improve the squad. M.U is ready to let Bailly go if he finds a replacement.