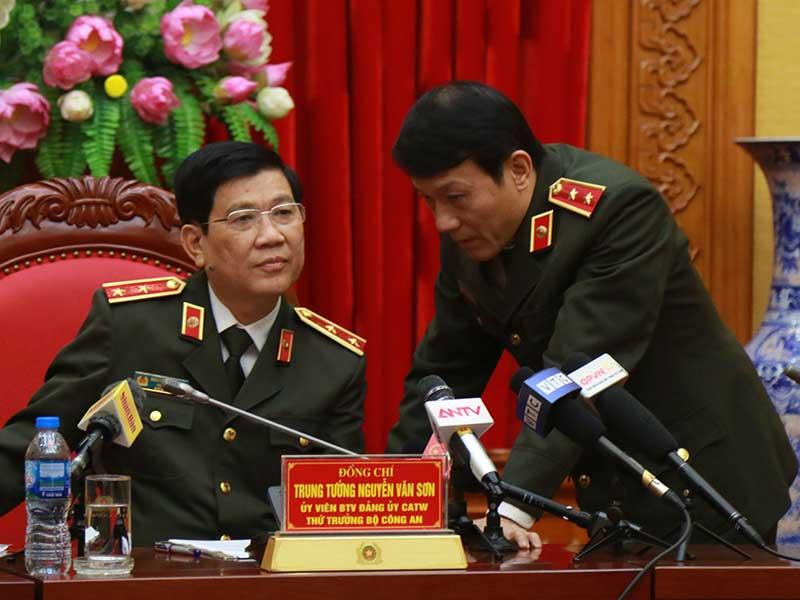 At the meeting, the press asked about information related to Mr. Truong Duy Nhat (who was sentenced to two years in prison for taking advantage of democratic freedoms to infringe state interests, legitimate rights and interests). The law of organizations and citizens was arrested.

Lt. Gen. Tran Van Ve, chief of the CSDT Office (C01, Ministry of Public Security), said that in the process of expanding the investigation of Vu-aluminum cases, the police initially identified Truong. Just related to abuse of positions and powers.

Thus, being the main representative of the newspaper Great solidarity In the city of Da Nang, Mr. Nhat used the newspapers to buy houses and land without auctions, causing losses and waste.

However, the case is in the process of investigation, so it can not provide specific information.

In addition to three cases that deliberately made state secrets, abusing positions and powers, causing serious consequences and abusing the trust in owning assets occurred at Dong A Bank was brought to judgment, Vu "Aluminum" also involved a few other cases of land in Ho Chi Minh City and Da Nang.

So far, CQĐT has sued 21 individuals, 17 of them in Da Nang and some in Ho Chi Minh City. The Ministry of Public Security also continues to clarify the role of officials and agencies in Ho Chi Minh City in related cases of Vu "aluminum" for handling. 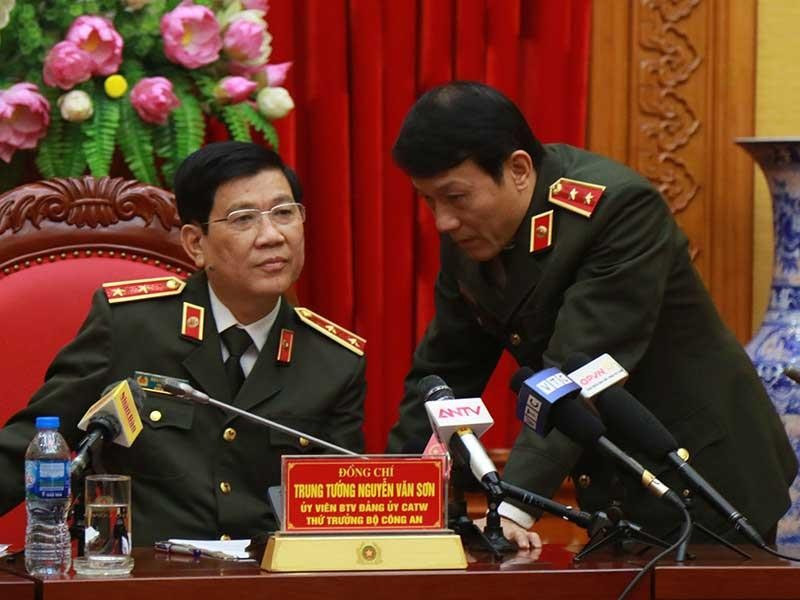 Regarding the Venezuelan project of the National Oil and Gas Group (PVN) in Vietnam, Lieutenant General Luong Tam Quang, head of the Office of the Ministry of Public Security, said authorities are collecting, verifying and evaluating evidence. , when the conclusion of the investigation will be specific to the press.

Likewise, in the case of fraud scores in the provinces of Hoa Binh and Son La, many opinions suggest that the CQĐT did not clarify the behavior of receiving money to raise points for the candidates. In that regard, Lieutenant General Lu Quang said that due to the guarantee of the investigation deadline and the guarantee of justice for the competitors, the Investigation Security Agency concluded the initial investigation, transferred to the public agency. element of the same level. In order to receive money as well as other information, the police continue to clarify if sufficient grounds are dealt with in accordance with the regulations.

Regarding the 10-year-old case of sexual abuse of girls in Chuong My (Hanoi), Lieutenant General Tran Van Ve said that in this case it was impossible to deal with the Chuong My district police. "As the assessment of the original case was due to legal awareness, the treatment was made only when the police abandoned the crime or caused irregularities," – he said.

Mobilize more than 10,000 police officers for the facility

Also according to the report of the Ministry of Public Security, after more than seven months of implementation of Decree 01/2018, the organization of this ministry was simplified and reduced the intermediate stage; reducing intermediates in operation, facilitating leadership leadership …

In particular, the Ministry of Public Security said that there were documents sent to the provinces, the policy of organizing the official police to assume the community police titles. So far, basically all provinces and cities are highly linked. The Central Police Party Committee and the Ministry of Public Security tested the use of regular police officers to take over the community police titles in Kon Tum province; thus designing experiences, serving as a practical basis for implementing the policy of regular construction of community policing across the country.

Still according to the Ministry of Public Security, the simplified apparatus also generates efficiency in many aspects, improving the effectiveness and efficiency of police activities.

The key to the lane created conditions to clearly define the functions and tasks of police levels; empowerment, totally, proportional to the tasks and powers of the police units and localities. Reducing clues, reducing a large number of employees involved in administrative work, creating favorable conditions for concentrating investment, modernizing equipment and means of combat, organizing and adjusting forces in the direction. strengthen the forces to fight directly, strengthen the facilities, build the regular police commune.