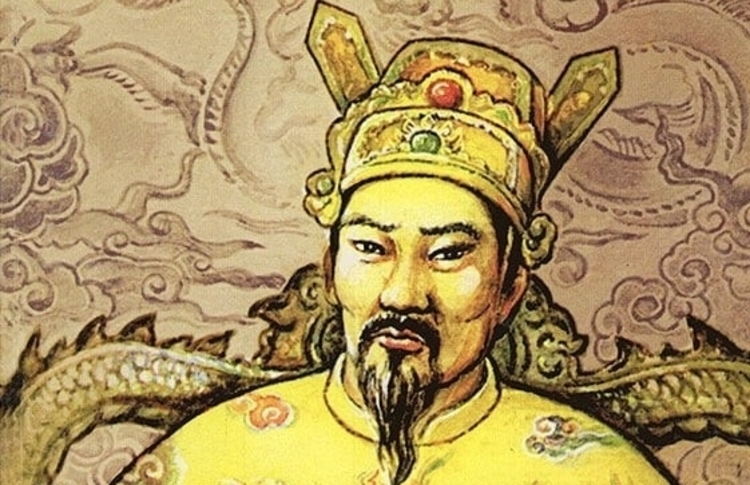 The young king was praised as a wise man, his country under his rule was the most prosperous at the end of the Le dynasty.

After Le Thai To died (1433), Prince Le Nguyen Long succeeded him, adopting the name Le Thai Tong. At the age of 11, he was a king, but he was not intelligent, he did not need the post-regent Thai, but he decided his own affairs. Many stories are recorded in the history books, showing the attitude of keeping strict the young king's law.

History Dai Viet signed the whole letter write, the first year of Thieu Binh (1434), the court tried to cut the thief Trinh Duong. The government official, who simultaneously invited Nguyen Han, said: "Duong's name steals in the middle of the day, but according to the law is not worth performing, he should not kill." However, the king did not listen.

Many noble house chefs use excuses like people in the palace to intimidate sellers by buying cheap produce on the market that leaves people scared. There is a cook in Thai temple Nguyen who was accused of buying cheap products. Thai Tong King immediately sent the sins to punish the uncle, beating 80 employees, liked the word at the nape of the neck, moved to be an elephant breeding soldier and also gave three days to let people know.

The imperial court banned the mandarins and people could not buy and sell foreign goods. At that time, traders Tra Oa (Java, Indonesia today) to Van Don city, two members of the general manager Nguyen Tong Tu and Le Dao managing to register the number of goods on the boat, reported the wrong number of goods. chemical. They stealthily sold over 900 cash, each representing more than 100 employees. The discovery, both were toppled into three ranks, dispensed.

Another story demonstrating Le Thai Tong's justice is that Phan Thien Tuoc offered the guilt of Army General Le Thu on the following things: having a nation mourned by King Le Thai To get married and make a high house. wrong people leave home buy and sell furtively with foreign countries.

The king asked, "Do great gods have such a thing? Why can you only have one?" Thien Tuoc replied: "Admiral Tu Tu, Sima is a great destiny, you must keep standing to lead hundreds of mandarins, work must be followed, the Gods can not help but speak, I think Thu has some things to say, including one. "

Or believe that many great gods take advantage of the soldiers to build a high door for them, the king sent Phan Thien Tuoc to find out. The new Thien Tu offered me more than 20 names.

The king did not ask anyone, just mistakenly sought out Le Thu. The admirers Le Quy and Tu Ma Le Ngan thought that Le Thu was a god, so he tried to ask for help. The king then pardoned other crimes for Thu, confiscated only 15 taels of gold, and 100 taels of silver for the purchase and sale of thieves with foreign countries. Under the king's command, the newly married concubine of Thu Thi Trinh Thi must withdraw from the civil status of Thu, redeem himself as an outsider.

Despite the strict laws, King Le Thai Tong also made the decision to show kindness. In 1436, there were seven thieves who re-enrolled, showing the law of decapitation. The great prince, Le Tham, thought he killed too many people, so he hesitated.

The king asked him to ask Nguyen Trai only, and they said to him, "At the time of killing seven people, I am not the virtue of great virtue. He is king, he must leave his heart in humanity, Although I was angry and angry at the time, I could not stay like this forever, please pay attention to the words of God. "

History Dai Viet signed the whole letter noted that King Le Thai Tong was a "wise natural prince, bound to peace, sentenced to prison, condemned for much forgiveness." Unfortunately, during the journey of Eastern animals in August 1442, the king suddenly died in Le Chi when he was only 20 years old, causing an unjust case that made the Nguyễn Trāi family immoral. However, his reign was considered the most prosperous period in the life of Hau Le, praised by the people through the verse: "King Thai Thai, Thai Tong, rice fields full of copper, buffalo did not bother to eat."