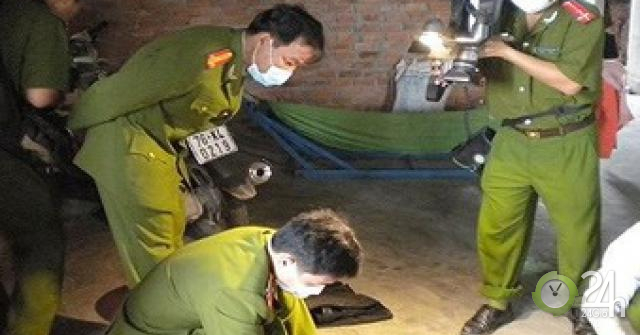 Conflict in bringing children back to Vietnam to celebrate the New Year, Bui Van Kien in Hoa Binh had stabbed his wife with a knife and severely injured his two sisters in his wife.

Here, the Kien family did not agree to allow 2 small children to return to the country, so there were conflicts and fights. At this point, Kien went to the kitchen to get a knife to search for 3 people. As a result, Mrs. Huong was stabbed many times and died on the way to the hospital, the other two were seriously injured and treated at the General Hospital of the Lac Son District.

After stabbing his wife, Kien fled to the hill near his house. At 23:00 on New Year's Eve (February 4), Kien was arrested by police forces.

Chairman of the Tan Lap commune committees said that the Kien couple had 2 small children (currently 7 and 4 years old). However, due to the conflict, two people separated, Huong moved to live with his mother in the commune of Yen Thuong, Cao Phong district, Hoa Binh province.

"On the afternoon of 30 Tet, Huong and her two sons went to her husband's house to take their children home to eat Tet, but they were not approved by Kien's house, so there was a conflict that led to a serious case. normal and kind person who can New Year's drink a few cups of wine "- Mr. Tuyen said.

Currently the cause of the murder is being investigated and clarified by police in Hoa Binh province. After divorce mediation failed, Nguyen Van Hung took his wife's knife and stabbed him to death in court.