Huong Pagoda before the opening ceremony: "Co Do" shouted at a price higher than 200% "Stork" is blatantly active in the Huong Pagoda, while the management agency still "distributes". January 6 officially opened Huong Pagoda (My Duc, Hanoi), but shortly before the Lunar New Year, many tourists go through the pilgrimage to the Buddhist land to worship and pray for peace.

Sharing with the Transportation Reporter, Mr. Nguyen Thanh Toan (Dan Phuong, Hanoi) said that his family has 4 people including 2 young children, when they just arrived in Huong Son, there was a "trigger" after the car knocking . on the glass door.

"Last time I followed a large group of people, so I did not pay attention to the ticket price. This time took with his wife and kids, so it was quite embarrassing. Meeting people who show your support should also follow. Any doubts when leaving the bus, they quote 1.5 million VND for both the ticket and the boat. Even after a while, he lowered the price of the "friendship" to VND 1.2 million, "Toan said.

With the price of the "friendship" above, Mr. Toan's family was taken to a motorized boat with a cover. "However, after leaving Temple Temple, the driver ran out of electricity, so he moved my house to another smaller homeless boat. Along the way, we note that the list price for ferry tickets and attractions is 130,000 VND / person, children under 1.1m are free. So if you calculate the right price, my whole family lost only 400,000 VND. " 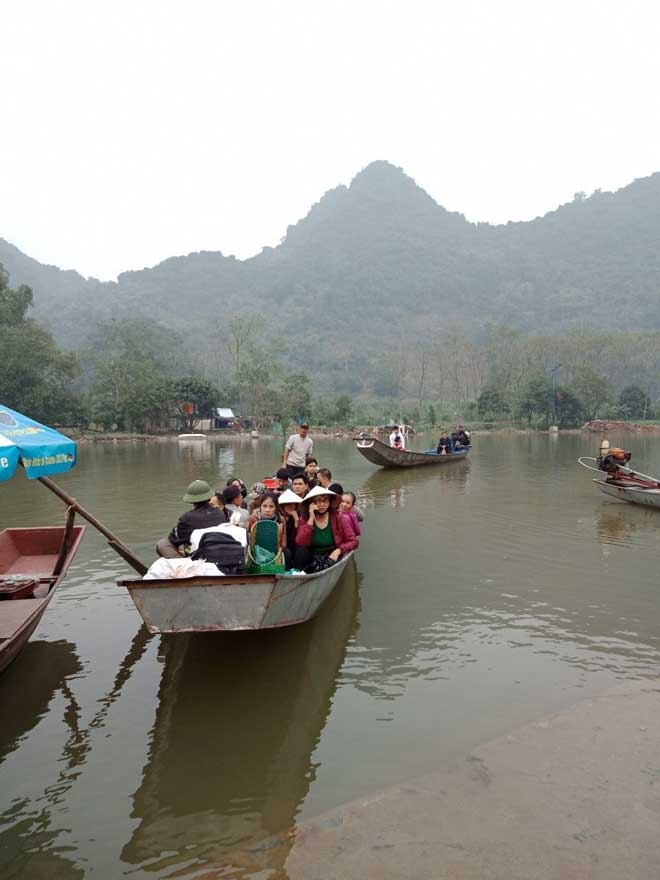 In the New Year, many tourists came to Huong Pagoda to worship and pray

According to N.T.L, the boatman in the stream of Yen, not everyone wants to be a trigger. "People of storks must be people with blood on their faces who do not know who to fear." They shouted at the price, but the face was cold. Mrs. L said, "I do not know how much money I can get, we can only rent and pay 200 thousand VND on each trip. "

Speaking to PV, Mr. Nguyen Ba Hien, deputy head in charge of Huong Son's relics and landscape management board, acknowledged: The situation of rowing rafts for tourists is long, but difficult to deal with.

"If you detect the status of guest rowing, the price cut will be strictly punished. However, there are many cases where the police worked, but did not convict the crime because they gave proof that the price was agreed with the guest," explained Hien.

Still according to the deputy chief, the fishing boats' situation will be difficult to end when locals roam their boats alone, strong and inviting. "If the Huong Pagoda is planned to deliver the problem of transporting passengers to a cooperative or to a company like Trang An, everything will be clean," Hien said. 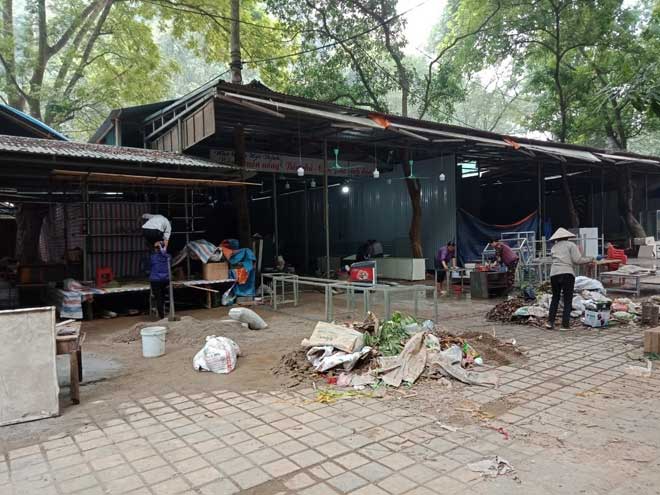 Business families are busy cleaning the restaurant to serve tourists to the Huong Pagoda. It is known that depending on the different positions, people have to spend from tens of millions to several hundred million to "offer" the place of sale along the road from the Yen flow to the Huong Tich cave.

On the preparation for the Perfume Pagoda Festival 2019, Mr. Hien said that to the present time, it has been basically completed. Huong Pagoda is expected to reach more than 1.5 million visitors this year. Local authorities also mobilized more than 4,000 boats to meet visitors.

"The most important thing is to focus forces on the supervision of food hygiene and safety management, environmental hygiene, safety and order … to limit the shortcomings that occur during the peak of the festival," Mr. Hien said. 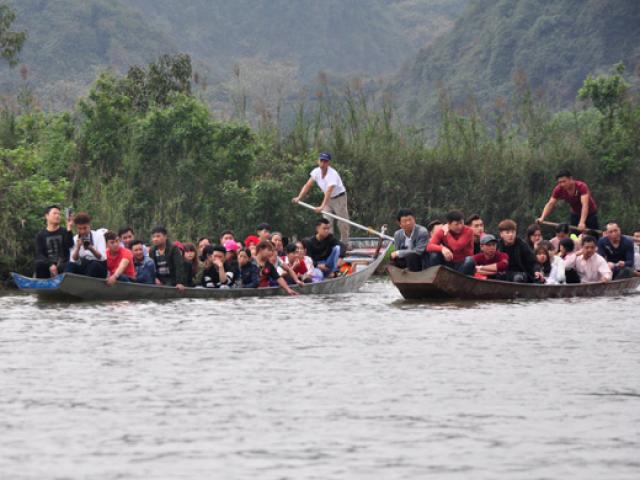 Although the new pagoda of Huong pagoda (Huong Son commune, My Duc, Hanoi) was opened, the operation was confusing, traffic safety was lost, dragging …