In 2018, Vietji Air's revenue and high profit margin reached VND 8.41 billion, an increase of 50% over the previous year and increased 10-fold after 5 years. Vietjet released its audited financial statement in 2018 with strong growth results compared to the previous year, surpassing the plan.

In the total air transport revenue structure, the auxiliary activities account for about 25%. The strong growth in basic revenue was due to the fact that last year the company transported more than 23 million passengers and made 118,923 flights, a 34% increase over 2017. Last year, Vietjet received 16 New, modern, safe and fuel-efficient A321 aircraft. At the same time, the company also expanded its route network, including 66 international routes.

In the low-cost airline model, airlines reduce ticket prices and instead sell additional services such as baggage, rationing, seat selection, priority service … for those who really need it. bridge. Therefore, one can believe that VietJet Air's auxiliary revenue still has plenty of room for strong growth in the coming times, as passenger numbers continue to grow, customer demand is increasingly diversified. First, revenue from support activities will be proportional to the number of visitors. Today, in addition to the increase in domestic visitors, the international market is well open. Vietjet Air is developing strong international routes, reflected by the exponential increase in international passenger transport revenue, 2018 twice as high as 2017 and 6 times higher than in 2016.

Second, the "quality" of passenger changes, the ability to "spend money" of international visitors will also increase the auxiliary revenue. According to statistics, airline revenues will be higher in countries with higher per capita income, as people in those countries will be willing to pay for additional services. With the increase in international flights, Vietjet Air passenger revenue will increase, especially foreign currency revenue will gradually increase in this airline's cash flow structure.

Thirdly, the abundance and quality of ancillary services will also increase revenues. In the current ancillary revenue structure, basic services include baggage, excess baggage, seats, cancellation fees and flight changes and aircraft services. Based on different cultures and strategies, airlines can expand other services, such as transporting single children or pets … With its customer ecosystem and technology platform, Vietjet Air will not only sell products related to flights, but also will sell to customers the purchase of tickets for various types of products, such as hotels, insurance, consumer goods, financial services.

Vietjet operates under a low-cost, but different model when offering luxury services with Skyboss class tickets as a luxurious international lounge with 5-star airlines around the world, giving priority to procedures. , private transport service, hot meal service and over 30 kg of luggage. One difference in the Vietjet flight is the menu of up to 9 hot and fresh dishes and 30 different drinks aboard the aircraft served by young, friendly and handsome attendants. Guests can try not only new aircraft, soft leather seats, convenient seat selection service, but also buy souvenirs, duty-free goods … meanwhile, traditional companies usually only provide 1 -2 dishes, usually processed According to industrial recipes, even the short routes do not serve food. 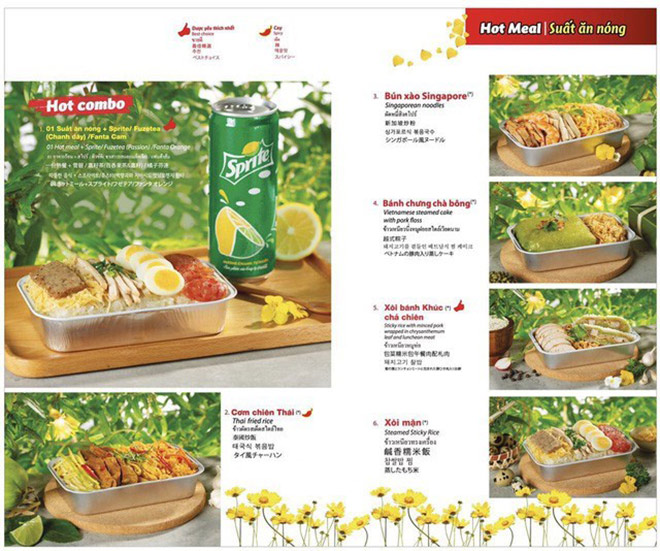 Confident with its passenger cabin service, this airline used to compare with the United Arab Emirates. With the number of customers that Vietjet transports every year to tens of millions of people, as of 2018, there are 23 million visitors, bringing total traffic to more than 83 million passengers, announcing on the body and aircraft . is a fertile land that is exploited initially. This is an advertising model that will be very effective for consumer brands for customers who listen directly, look, read from 2 to 6 hours per flight. 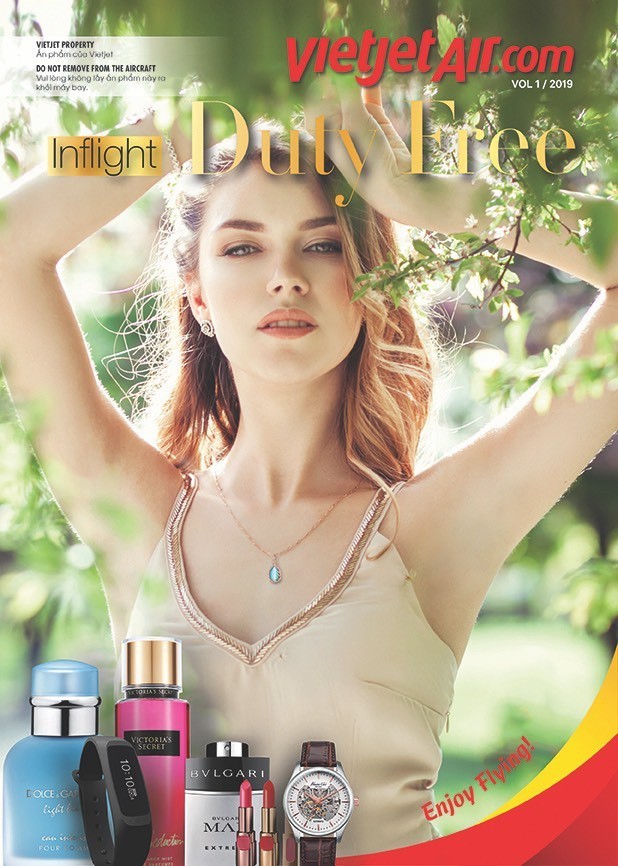 Vietjet's business results over the past 5 years show that this company has focused on the steady growth of ancillary revenues as a stable source of the company's profit contribution. Vietjet has plenty of room to increase this type of revenue as it continues to expand its international flight network as well as develop various types of services and products in its customers' ecosystem.