HOT: The center of the storm is 330 km from the continent Ha Tinh to Quang Tri, with waves from 2 to 4 m high 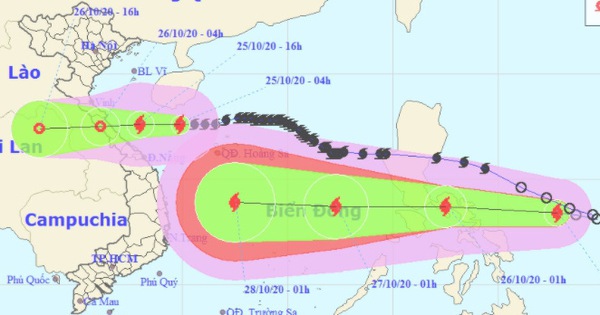 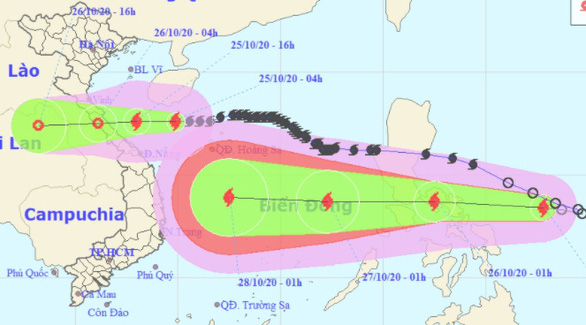 At 4 am on October 25, the storm’s position was about 330 km east of the mainland’s provinces, from Ha Tinh to Quang Tri. The strongest wind in the area near the center of a major storm at level 9 (75-90km / h), level 11. The radius of strong winds of level 6, push of level 8 or more is about 150 km from the center of the storm.

It is predicted that in the next 24 hours the typhoon will move westward, 15-20 km every hour, go inland from Ha Tinh to Quang Tri and gradually weaken into a tropical depression.

Storm danger zone in the East Sea in the next 24 hours (strong winds of level 6 or higher, bumps of level 8 or higher): from latitude 15.5 to 20.0 degrees north latitude; west longitude 112.5 degrees east longitude. All vessels operating in the danger zone are at high risk of being affected by strong winds.

Forecast of strong winds at sea and on land: Today (October 25), in the Gulf of Tonkin, the sea from Quang Tri to Thua Thien Hue, strong winds gradually rise to level 6-7, the area close to the center of the storm goes by. level 8, shock level 10; sea ​​waves from 2 to 4 m high; strong seas; The coastal areas of the provinces of Ha Tinh to Thua Thien Hue have strong winds of level 6 and level 8.

Rain forecast: From now to October 26, in the provinces of Nghe An to Thua Thien Hue there is moderate rain, heavy rain with the popular total rainfall of 50-150 mm / hour, some places above 200 mm.