Home / vietnam / Did you know that Volkswagen cars still have the “ cow tongue '' on display at the Vietnam Motor Show 2019?

Did you know that Volkswagen cars still have the “ cow tongue '' on display at the Vietnam Motor Show 2019?

The program ended with 206,110 visitors in 5 days of the event, bringing the latest technological solutions from over 100 models of 15 famous car brands at home and abroad.

The scale of the exhibition is the largest, but the process took place displaying the "cow tongue" model that covers the South China Sea that Volkswagen Car intentionally hid, and the organizers knew, but did not intervene forcefully. 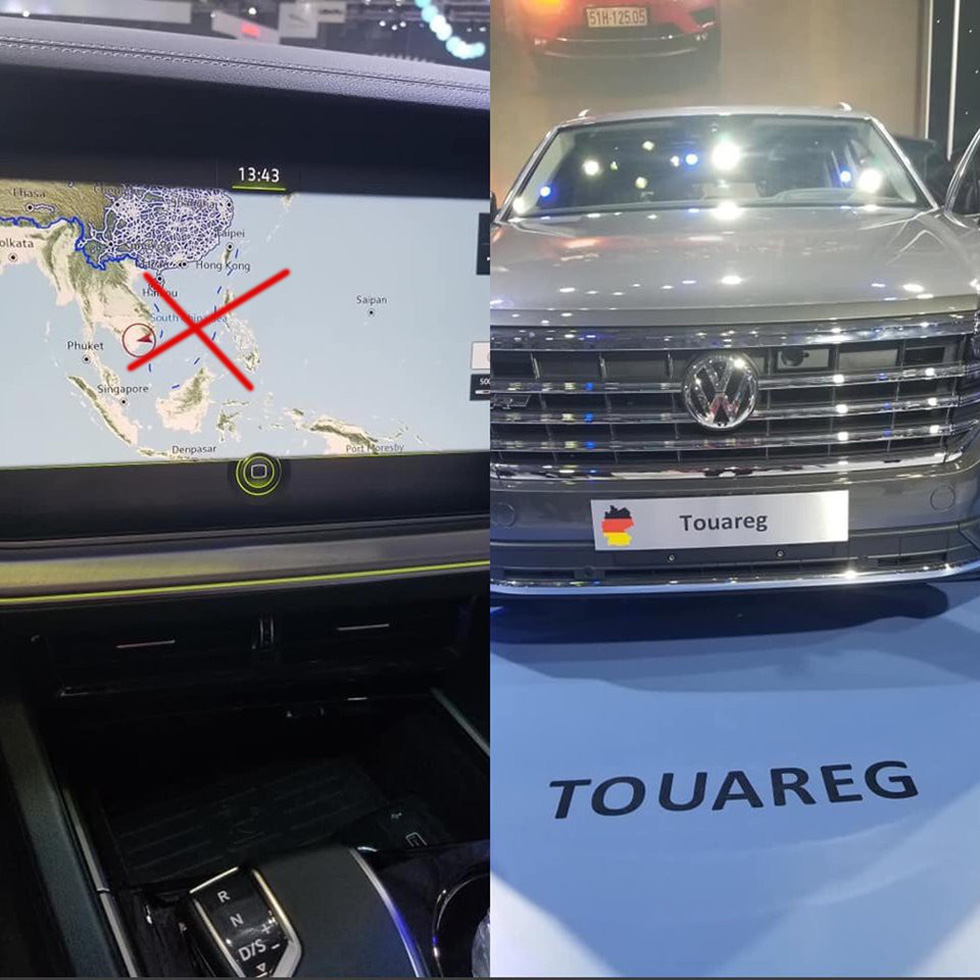 Do you know the map "cow tongue line" but still have a display car?

At the auto show, Volkswagen introduced 7 models, including the spectacular introduction to the Touareg model with a selling price of nearly 4 billion dong / unit.

Notably, this model has a map containing "cow tongue line" at the fair, displaying almost 5 flight days for hundreds of customers.

This incident was spread on social networks about the German model at the exhibition, causing many people to be upset about the company's vehicle inspection process and the program's organizer.

Speak with Youth Online On the night of October 28, a Volkswagen representative from Vietnam confirmed the incident and acknowledged that this was a company mistake.

This information, this is one of two Touareg models borrowed by the company's partner in China. He explained that the European manufacturer was out of stock, forced to borrow his partner's car in China to take the car to the exhibition.

Notably, when bringing the car, Volkswagen VN discovered the map with the "cow tongue line", so it was locked, but the company was surprised when customers opened it. Side Volkswagen VN said importing cars into the showroom meets all procedures and procedures. This car is currently preparing to return to its Chinese partner.

What do the organizers of the Vietnam Motor Show 2019 say?

Speak with Youth, the leader of the organizer of the Vietnam Motor Show 2019, said this unit does not have the function of checking every vehicle that companies display at the exhibition.

Organizers only check the entry steps, how to organize … they do not interfere with each exhibitor's vehicle type.

He said the organizers discovered that the Touareg Volkswagen model was using a "cow tongue" map on September 25 (ie, after two days of the event), and requested that Volkswagen block the function. the map. This position also surprised when the incident happened.

Prior to this, October 19 Kylin-GX668 is headquartered at Pham Van Dong Street (Duong Kinh District, Hai Phong City) – importing and distributing Chinese models in Vietnam, such as Haima, Geely, Zotye and Baic, looked like a "cow tongue" road on the car map. that they distribute.

The company explained that before the car was marketed, the navigation application had a "cow tongue line" that could not be used in Vietnam due to its different satellite navigation system and no data.

The negligence of the company during the inspection process should occur the situation and please accept defects, sorry customers. At the same time, the company is committed to removing the Navigation app that has a "cow tongue line" in upcoming shipments distributed in Vietnam.