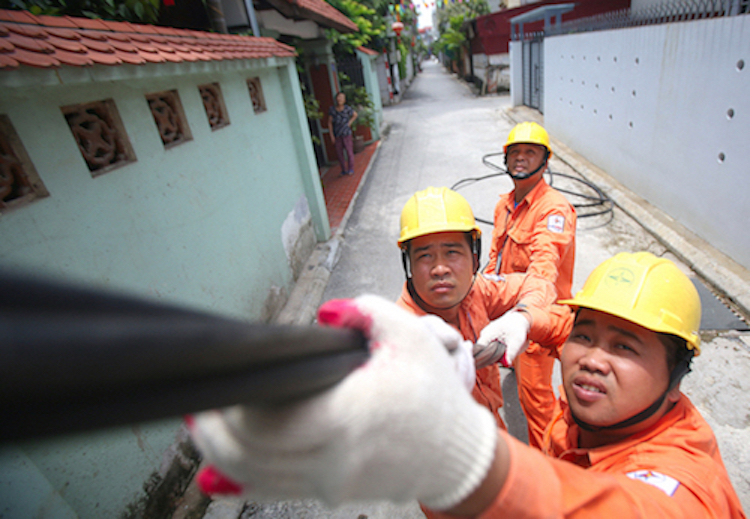 The Ministry of Industry and Commerce was appointed at the General Statistical Office to monitor and evaluate the indirect impact of the electricity price readjustment on March 20.

According to the conclusion of Deputy Prime Minister Vuong Dinh Hue – Chief of the Price Steering Committee at the meeting of the Steering Committee at the end of March, he asked the Ministry of Industry and Commerce to coordinate with the General Statistics Office (Ministry of Planning and Investment) to monitor, Indirect assessment of the impact of electricity price readjustment.

The ministry is also required to make public and transparent the costs of inputs and outputs of electricity production and business as prescribed. Previously, on March 20, the average retail price of electricity increased by 8.36% to 1,864.44 VND per kWh.

With gasoline prices, the deputy prime minister asked the Ministry of Industry and Commerce-Finance to operate in line with world price movements in combination with the extraction, creation and use of the oil price stabilization fund, ensuring a space for the average to stabilize the market. Inter-ministries also need to take the initiative to have a response scenario if the price of this item increases, to avoid affecting inflation expectations.

In related developments, new data released by the General Statistics Office showed that the average retail price of electricity increased by 8.36% over March 20 and two increases in the price of gasoline by almost 3,000 VND in April, boosting the consumer price index (CPI) for April at 0.31%.

In the last 9 months of 2019, according to the Price Steering Committee forecast, essential products, including gasoline, are unpredictable. At the same time, some items quoted by the State are under review and considering the adjustment according to the market roadmap … then the price management job faces many challenges. Deputy Prime Minister called on ministries, agencies and localities to coordinate closely and flexibly to achieve the goal of controlling inflation, stabilizing the macroeconomics, the average CPI in 2019 at 3.3-3.9%. .